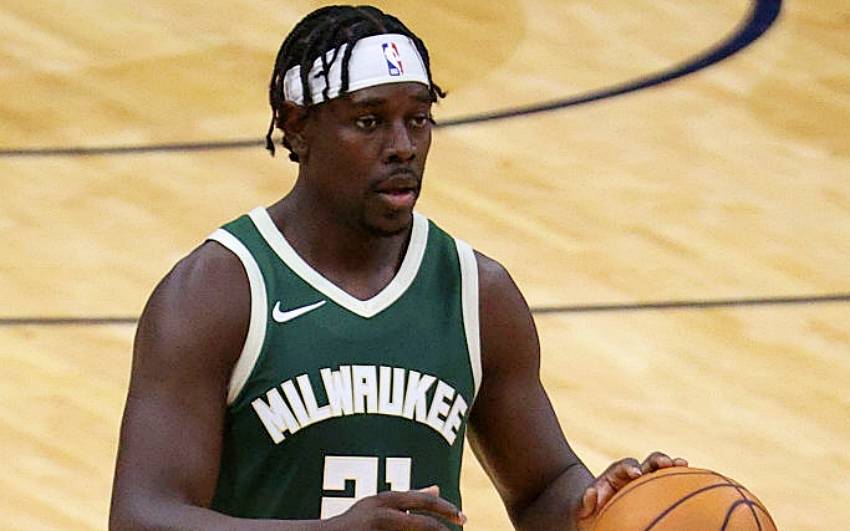 This is a story of Jrue and Drew.

They were the leaders of New Orleans’ NBA and NFL teams – Jrue Holiday running the team from his backcourt position and Drew Brees running the Saints from his quarterback position.

Holiday is gone, having been traded to Milwaukee in the off-season, and Brees will almost certainly be gone soon – once he formally announces his retirement that virtually every NFL observer believes is imminent.

While Saints fans ponder what the team will look like without Brees, Pelicans fans have watched the post-Holiday era for more than a month.

It has not been encouraging, at least not until the last two games.

Holiday was back in the Smoothie King Center on Friday night as the championship-caliber Bucks faced the erratic Pelicans. It wasn’t his first time back, as he scored 15 points when the Pelicans beat the short-handed Bucks in a preseason game last month.

But it was his first time back in the Smoothie King Center for a game that counted.

Holiday scored 22 points, most coming as his team frantically scrambled to overcome a 29-point deficit before succumbing, 131-126.

Milwaukee pursued Holiday as potentially the final piece to a championship puzzle, convincing Giannis Antetokounmpo – the reigning two-time Most Valuable Player and reigning Defensive Player of the Year – to sign a five-year max contract last month.

New Orleans parted with Holiday as part of a four-tame trade to acquire center Steven Adams and draft assets to bolster its building project.

A comparison of current records isn’t a fair gauge for making a final evaluation of the value of the trade to the respective teams because the Bucks’ goals were short term and the Pelicans goals were long term.

But the Pelicans’ performance thus far this season has fallen short of expectations, though the team is 7-10 after beating a depleted Washington on Wednesday before dispatching of Milwaukee.

The organization reportedly is listening to trade offers for starting point guard Lonzo Ball, who was a game-time decision because of an ankle injury before scoring 27 while making seven of 13 3-pointers, and backup shooting guard JJ Redick, who interestingly was a healthy DNP on Friday as Stan Van Gundy used just eight players.

Ball and Redick both have been less effective in Van Gundy’s first season than they were in Alvin Gentry’s final season.

Another name that has surfaced in reports about trade talks is Eric Bledsoe, who came from Milwaukee to try and mitigate the loss of Holiday.

Bledsoe wasn’t going to match Holiday’s production, but he is a similar type of player – someone who can play both guard spots, is a scorer and distributor, effective on both ends of the court and a veteran who could help younger teammates mature faster.

He has been up and down, but has been up the last two games. He had 25 points, making seven of 14 3-pointers against his former team.

But the value of Holiday to the Pelicans – just like the value of Brees to the Saints – can’t be fully quantified.

Milwaukee coach Mike Budenholzer said as much before Friday’s game.

“When you’re around Jrue,” Budenholzer said, “you feel like there’s just something he brings that you feel it when you talk to him. You feel it when you watch him play. The trust he’s earned from his teammates just almost instantaneously… he’s been a great add for us.”

Both Jrue and Drew were a commanding presence in the New Orleans locker room, the player that was looked up to most frequently by their teammates.

Both are family men who have been pillars of the community.

Speculation already has begun as to who will succeed Brees next season.

Sean Payton and Mickey Loomis certainly are looking closely at all possible options. Chances are they will keep or find someone who will be a productive quarterback next season and presumably beyond.

But no one is going to be able to adequately replace Brees both tangibly and intangibly.

New Orleans need look no further than the start of the post-Holiday era of the Pelicans to figure that out.