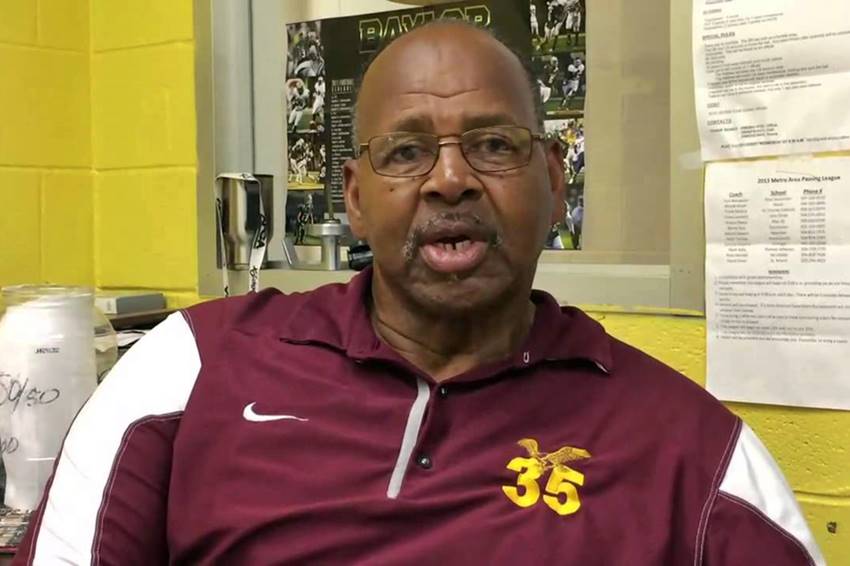 This one hurts. It hits so close to home.

Wayne Reese Sr. has passed away due to complications from the Coronavirus. Reese, whose son Wayne Jr. is the head coach at Booker T. Washington, was 74.

Reese surpassed the 250-win mark this past season in his outstanding career during which he served as head coach for 41 years on the high school level at Booker T. Washington, G.W. Carver, Washington-Marion and McDonogh 35. Reese finished with 255 victories, posting a 255-187 mark overall. Amazingly, Reese had just completed his 50th year serving as a head coach or assistant coach at the high school level.

The New Orleans native starred at Xavier Prep and played at Tennessee State.

It was a pleasure to nominate and to see Reese receive the Eddie Robinson Award for accomplishing so much with so little in many situations which lacked the resources that other significant public schools and that private schools have.

Reese did a magnificent job in dealing with young men in largely unprivileged situations, helping them to develop as responsible citizens, football players, students and to become productive in the work force and life, as a whole.

Reese coached many players who went on to play in the NFL, including Pro Football Hall of Fame inductee Marshall Faulk, along with Tyrone Jones at Carver, Nate Livings at Washington-Marion, Calvin Magee at Booker T. Washington and Delvin Breaux, Talman Gardner and Chris Clark at McDonogh 35, among others.

Wayne Reese was the coach at Booker T. Washington in 1980 when I first met him in a game at Chalmette. He could not have been nicer, more accommodating to a young reporter. We formed a bond, a friendship which lasted a lifetime.

After winning his 250th game against Douglass, Reese was on The Three Tailgaters Show with Ed Daniels and me on Oct. 26 on 106.1 FM NASH ICON.

Revealing who he really was, Reese said he didn’t even know he had reached a milestone.

“Being truthful with you, I asked those who told me what they were talking about,” Reese said. “I just focus on getting the kids geared up to play football. I told others that if it was true, I had to research it, myself. It’s a good thing. I feel proud of it. I’ve had some good kids down the line. It is all about the kids and the coaches.”

It was never about himself, as Reese could not even remember how his career got started.

“I cannot remember the first win,” Reese said. “I was at Booker T. That’s kind of hard to remember. I really don’t remember it. I think it might have been Carver. That was a big thing back then.”

Wayne was on my radio shows frequently. His son, Wayne Jr. and his wife, Stella even helped me with my Original Prep Football Report Show, calling in scores, even reports for many years. It is a special family.

After the milestone win, I asked Wayne how long he would continue coaching.

“It depends on how I feel,” Reese said. “My new principal asked me how long I want to do it and I said I don’t know. I’m blessed with good health, a good spirit and I enjoy football. It’s hard to answer. It will come to an end one day. I tell my son all the time. I will be here until I don’t control my own destiny to have a good program. It has been a good life and a wonderful ride.”

Now, Reese rides off into the sunset, experiencing his next reward. I feel certain that is true of Wayne.

To say he was special would be an understatement.