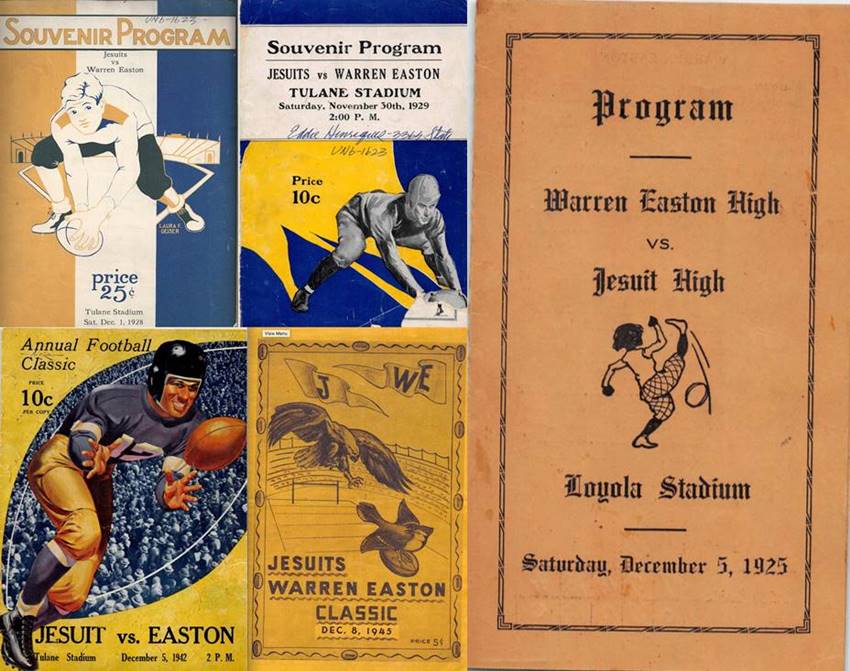 Boys High, which was renamed Warren Easton, and Jesuits College, later called Jesuit, played first in 1901. The fierce competition often determined the city and state championship during the decades to come.

The largest recorded crowd for a game between the two was 33,000 at Tulane Stadium in 1936. Easton won that game, 6-0. The crowd outdrew the attendance at the first Sugar Bowl.

Since 1913 when Boys High moved to Canal Street and became Warren Easton, the record stands at Easton 23 wins, Jesuit 21 wins, with four ties.