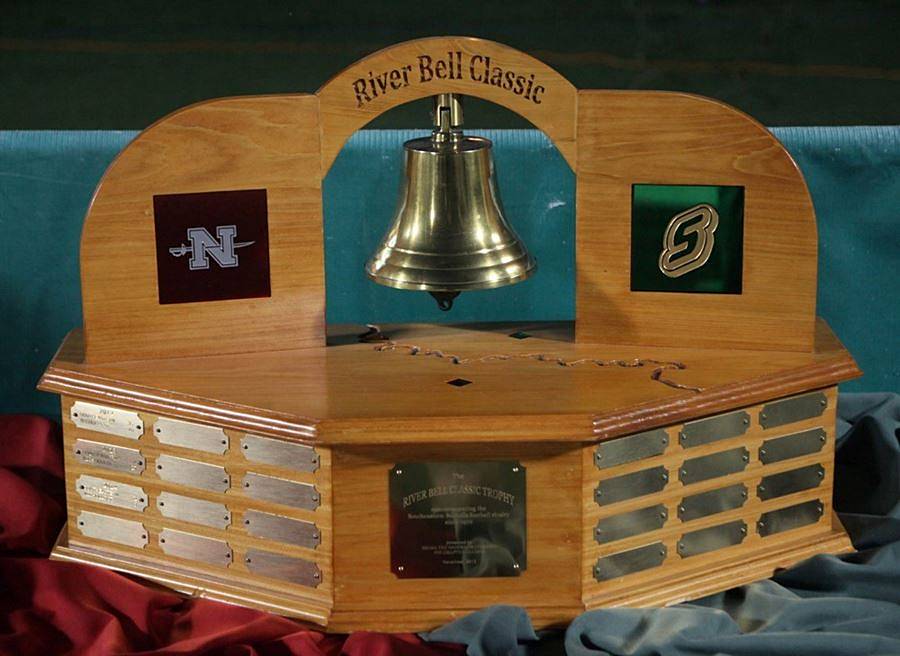 “You always want to be playing meaningful games at the end of October and into November,” Rebowe recalled.

It doesn’t get any more meaningful than Thursday night at Strawberry Stadium in Hammond, when the Colonels and Southeastern meet with the Southland Conference title and the conference’s automatic berth in the NCAA football championship on the line.

Nicholls (7-4, 6-2) and Southeastern (7-3, 6-2) are tied with Central Arkansas atop the conference standings. Even if UCA wins its final game on Friday, the Nicholls-Southeastern winner gets the automatic berth based on head-to-head wins against the Bears.

“For us to sit here and be able to (play for a championship),” said Rebowe, in his fifth year at Nicholls, “the last week of the season, against your rival team, and you’re playing for the championship and all the marbles, you can’t ask for more than that.”

Added Scelfo, the second-year Lions head coach who gets his first chance to face Nicholls at home: “Our matchup this week is going to be a heckuva atmosphere.”

Both coaches were complimentary of what the other has achieved in a short period of time.

“When you look at Nicholls’ roster, what Tim Rebowe has done, he has set forth the model you want,” Scelfo said. “He started recruiting Louisiana high school kids, won a conference championship and has been to the playoffs. He’s blazed the trail for that.

“When I took over the Southeastern job, the majority of our guys were not from Louisiana. We’re changing that.”

Rebowe knows the Lions have taken the long road to get to Thursday night’s winner-take-all matchup.

“It’s hard to win in this league,” he said. “What (Southeastern has) done the last couple of weeks is an incredible job. Two long road trips to Abilene Christian and Central Arkansas.”

The River Bell Classic is renewed for the 29th time Thursday. The all-time series is even at 14 wins apiece.

“When we got there in 2015,” Rebowe said, “it wasn’t a rivalry. Southeastern had been owning Nicholls.”

The Colonels won in Rebowe’s first season on a last-second field goal, then Southeastern won in 2016 and 2017 before Nicholls took last year’s game 44-0 to claim the outright conference title and earn a second straight NCAA berth.

“I didn’t understand it,” Scelfo said of the rivalry. “Last year was my first time and Coach Rebowe and them beat our (butts). I saw the passion and our fans’ disappointment.

“I’ve got a better understanding this year.”

Both coaches think turnovers and time of possession are critical.

“This is going to be a tough game,” Rebowe said. “It’s a short week. I think the team that prepares better is going to have an advantage.

“(Scelfo) hit the nail on the head – it’s about turnovers, it’s about possessions. They’re scoring 40 points a game in conference (play). We’ve got to protect that football.”

Kickoff on Thursday comes just after 6 p.m. CST. The game will be televised by Cox Sports Television.