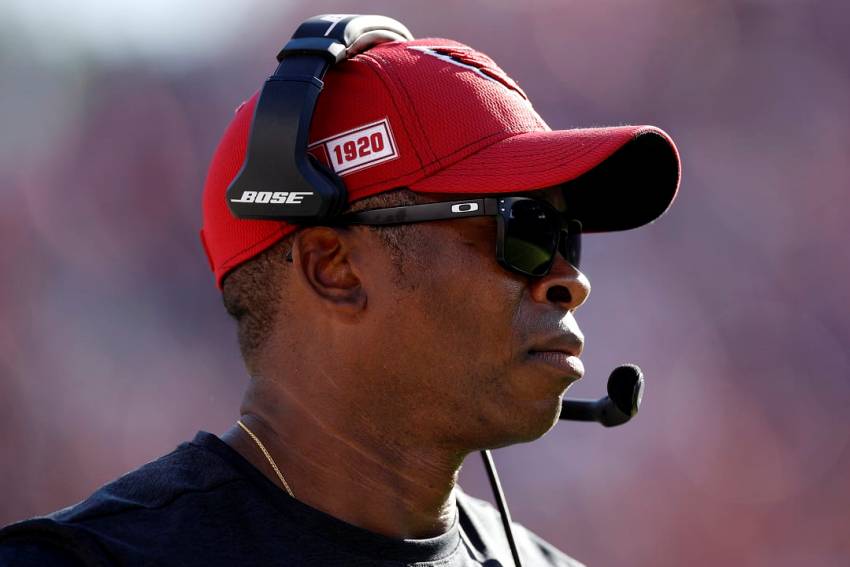 The LSU football head coaching search has dominated sports conversation recently. Everyone has an opinion and some have an “inside source.” Lots of names have been bantered about, but one surprise is that not many coaches with an NFL background have popped up as a real prospect.

Bill O’Brien, the offensive coordinator at Alabama, is the former head coach for the Houston Texans who has been mentioned only remotely by “insiders.” Well, here is another.

A one time head coach in the NFL, he has a strong defensive background and is a native of Marrero.

He is currently defensive coordinator for the Arizona Cardinals, currently tops in the NFL in takeaways (19) with eight interceptions and 11 fumble recoveries and seventh in the league in sacks with 25.

In case you are not familiar with his history, Joseph quarterbacked Archbishop Shaw to a Class 4A state title in 1987 as a sophomore with a stunning 14-6 win over Covington High. He had a 37-6 record as a starter for the Eagles under Hank Tierney and was also the lead guard on the 1988-’89 Shaw state basketball championship team.

Joseph continued his football career at Colorado under head coach Bill McCartney, with future LSU head coach Gerry DiNardo as the team’s offensive coordinator. He served as a backup to Darian Hagan and later fellow west bank product Kordell Stewart. The Buffaloes won a National Championship in 1990. Highly regarded head coaching prospect Eric Bieniemy, offensive coordinator for the Kansas City Chiefs, was a running back on the championship squad.

After converting to cornerback, Joseph played two NFL seasons as an undrafted free agent. While with the New York Jets in 1995, he served alongside Aaron Glenn and native New Orleanian Otis Smith in the secondary. The next season he played for the Colts.

In two stints over five years at his alma mater while also making stops at Wyoming and Bowling Green, Joseph was constantly sharpening his craft along the way as a coach.

Vance landed a job in 2005 at age 33 in the NFL but it wasn’t until 2017 that he had an opportunity to take a coveted head coaching position when the Denver Broncos tabbed him to replace Gary Kubiak. That job lasted two seasons and produced an 11-21 mark.

The underlying truth was that the Broncos had no stability at quarterback, starting Trevor Siemian, Brock Osweiler, Paxton Lynch and Case Keenum during his tenure with little more than middling success at the position. If your QB isn;t good, you don’t win much in the NFL.

As for his bread and butter on defense, Joseph operates a 3-4 aggressive alignment, a confusing configuration to read and anticipate when run well. He adamantly adheres to the scheme because he has said the three-man front causes confusion while it is also tough to get a read on who is coming on pressures with four linebackers in the mix.

I know what you’re thinking. Why would LSU take a chance on someone who had a losing record as a head coach? Well, the Tigers fared pretty well with someone who had a 7-28 record as a head coach in the NFL before leading the Purple and Gold to a 26-8-1 mark during his three seasons at the helm. Included in that were two victories and a tie against Alabama. His name was Bill Arnsparger, another renowned defensive specialist in the NFL.

Would Vance Joseph be interested in the LSU head coaching position? Well, it’s a great job for one. Plus, there are ties that bind. His older brother Mickey is in his fifth season with the Tigers as receivers coach and assistant head coach. Mickey’s strong suit has always been recruiting.

Whether Vance Joseph is a legitimate candidate only Scott Woodward knows for sure. I’m not certain if the position would be appealing to a long timer NFL coach but my guess is Vance would listen. It’s obvious he would like to get another crack as a head coach. Some analysts have called the LSU job better than more than a few NFL jobs.

Joseph knows the next time the door opens, he will be more prepared learning from previous experience. A couple of Bills named Arnsparger and Belichick are prime examples.