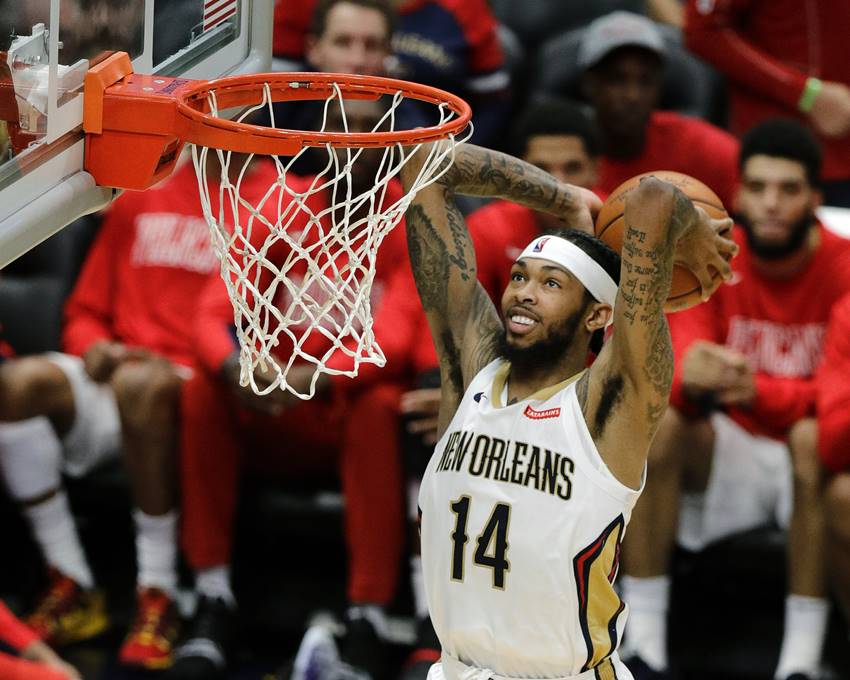 Known for his outspoken nature and candor, Stan Van Gundy has seen his share of the highs and the lows in the NBA.

His record speaks for itself.

Van Gundy led his Orlando Magic to the NBA finals in the 2008-09 season, led by Dwight Howard.

Van Gundy was a winner in Miami and a winner in Orlando, never posting a losing season in eight seasons combined in those two locales. He left in-season, in his third year on the job under mentor Pat Riley. In Orlando, he was dismissed in 2012 after a falling out with Howard.

When examining the body of work overall, you have to be impressed with Van Gundy. The record speaks for itself.

With the Pistons, let’s just say the team and franchise were firing on less than all Pistons.

In four seasons on the job, Detroit managed just one winning season and one playoff appearance, one in which the Pistons were swept in four games.

Van Gundy did not suddenly become a bad coach in Detroit.

He had a mediocre team. You can only get out of your talent what your talent is. The talent in Detroit was simply not good enough.

With the Pistons, Van Gundy was the president of basketball operations.

While each situation is individual and exclusive, I have always been of the mindset, generally speaking, that coaches should not be executives as well.

Each is a full-time job, requiring 24/7 attention.

The best solutions are typically reached by more than one set of eyes, one voice, with multiple talent evaluators, though there are exceptions to that perceived rule.

In New Orleans, Van Gundy, the coach, can focus on handling the talent assembled by David Griffin, Trajan Langdon and Swin Cash and he will attempt to cash in on a pretty good harvest of young players.

As mentioned here previously, Van Gundy has the experience and the skins on the wall to command respect, particularly from a young roster.

A veteran, proven coach gets the keys and can lock or unlock any door with regard to players and playing time.

Speaking of which, all we heard under Gentry, a good man, was pace, pace, pace.

The object of the game is to win, not to score as many points as possible.

Of course, you must score to win but to win, you must also prevent the opponent from scoring as much as possible.

Certainly, it is incumbent upon any coach to play to a team’s strengths.

Playing fast was the correct way to go with a young, athletic roster with fresh legs.

The best coaches adapt to their talent, rather than trying to adapt their talent to a scheme or style. The proverbial square peg in a round hold axiom has doomed many a coach in many a league.

You can play fast and still play defense.

Van Gundy is considered by virtually all observers to be a player’s coach.

Perhaps his biggest task will be managing Zion Williamson, in all aspects.

The organization, led by Van Gundy, must stay on Williamson about his conditioning and make demands about a suitable playing weight.

Then, Van Gundy must develop a scheme to best highlight Williamson’s talents on the offense end while demanding that he defend better as well. Of course, the latter would likely go hand-in-hand with a well conditioned, healthy Zion.

Most importantly, Van Gundy must sell, convince Williamson that New Orleans is a permanent, winning destination for his career. You could say the same for Brandon Ingram, another emerging star who must also ramp up his effort and results on the defensive end.

Since coming to New Orleans, the Hornets/Pelicans have had good players like Baron Davis and David West.

They have had two great players and now a third great talent who could become a great player.

Chris Paul departed after the franchise was in turmoil, with major ownership issues. Paul was able to get one Hornets team past the first round of the playoffs.

Anthony Davis departed after injuries scuttled the potential for something good, first with Boogie Cousins and then with several key players in his final season in New Orleans. Davis was able to get one Pelicans team past the first round of the playoffs. You know how his tenure here ended.

West, a very good player, opted out of the final year of his contract to become a free agent and exit New Orleans stage right.

Eric Gordon, a good but not outstanding player, never wanted to be here.

That was the case with both Kevin Durant and Russell Westbrook in Oklahoma City. Howard and Shaquille O’Neal left Orlando. There were both Paul and Davis. Paul George left Indianapolis. Kevin Garnett departed Minneapolis. Karl Malone and Deron Williams bolted from Utah. Kawhi Leonard left Toronto and winning an NBA championship. Vince Carter and Tracy McGrady also got out of Toronto. Steve Nash left Phoenix.

All went to larger market teams. Then again, all are larger markets than New Orleans and Oklahoma City in NBA cities. There are many other examples of star players doing the same.

Now, the watch is on for Giannis Antetokounmpo in Milwaukee.

A veteran, proven coach can require, even demand that a young group of players at least try, if not to try harder, to play defense. 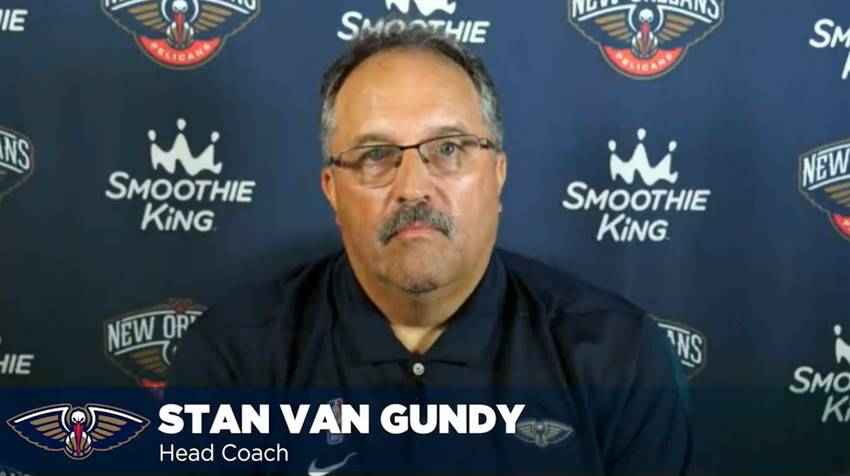 He said he is totally enamored of the young roster he inherits, said he is in love with New Orleans and feels he can work harmoniously with the front office in place here.

Fans loving the mantra of “no excuses,” in this instance, due to the presence of such a young roster. They love the red meat of competing “anytime, anywhere and under any conditions.”

Followers love hearing that Van Gundy loves the city and that the Pelicans were the only job he was interested in.

Now, it is all about stirring that interest level in an unabashed football market after the sport experienced a significant decline in viewership, despite the great success of the “bubble” concept in Orlando.

The Pelicans are an interesting, important dynamic in our metropolitan area. There is a loyal base of support but can that support grow to make the franchise solvent for years to come?

That will only happen if Van Gundy and Griffin make the franchise relevant by winning and advancing deeper into the playoffs than just the second round for the first time since the team moved here in 2002.

Now, Van Gundy will go about the business of winning, a virtual necessity with the expectations of a young team in an organization trying to gain real traction in a football market with the distractions of a pandemic, politics and pessimism regarding whether this franchise can win and be a meaningful player in the metro area and in the NBA, at large.