Bobby April’s life is based on three ‘f’s’ – faith, family and fitness. Of course, you can include a fourth – Football.

No longer a full time coach, April wasn’t seeking any employment when his phone rang to gauge his interest as a consultant at LSU. At the end of 2016, LSU had parted ways with special teams coach Bradley Dale Peveto. New head coach Ed Orgeron reached out to a fellow Louisianian for help.

“I had never met (Orgeron) until 2016,” explained the Chalmette, La. native April. “I had known of him. He coached at Nicholls. I followed him.” Bobby played at Nicholls in early 1970’s.

“I followed him at USC. I had coached there, too. I know a lot about him. Guys don’t get that many chances to succeed.”

Greg McMahon was added the LSU staff as the special teams coach at the time. He was on the Saints’ staff that won the Super Bowl, spending 11 seasons in New Orleans. The 38-year veteran coach had the Saints ranked among the top units in the NFL during his tenure.

Both April and McMahon are longtime NFL coaches with mutual respect shared.

“Guard your territory, protect your turf. Greg and I never, ever had an issue. I think that we work well together. Greg knows that all I care about is winning. I try to give him ideas. If he can use it, great.”

Orgeron widened his horizons to include more input from assistant coaches and opinions that he values compared to his time as head coach at Ole Miss. He became more open to suggestions.

“He would ask me about other positions as well. We talked about everything concerning football, not just coaching. With Greg, it is more about personnel and strengths you can rely on,” noted Aoril.

Orgeron has shown a propensity to lean on his veteran staffers during his LSU tenure. “He has gone above and beyond for me,” April continued. “I sit with him on the team bus going to the games. He’ll see me and bounce an idea off. We’re not exchanging strategy. Sometimes he just wants another set of eyes.”

Longtime defensive line coach Pete Jenkins has had three tours of duty at LSU as an assistant. His close bond with Orgeron is his motivation to help him through the process. Hall of fame coach John Robinson also aids Coach O will guidance in the role of senior consultant.

During the 2013 campaign, Lane Kiffin was fired at USC after the fifth game of the season following a 62-41 loss to Arizona State. Orgeron was elevated to head coach for the remainder of the season, guiding the Trojans to a 7-2 record the rest of the way. Jenkins came aboard when Orgeron took over in L.A.

“He did the best coaching job that I’ve ever been around,” stated Jenkins about Orgeron’s interim stint with the Trojans. “He did the most amazing coaching job I ever witnessed, pulling the team out of the drink.”

Orgeron had been fired six years earlier at Ole Miss. “He learned from his mistakes. That’s not always easy to look at one’s self. He’s different than he was at Ole Miss,” said Jenkins.

Now a national championship winner in Baton Rouge, Coach O’s motto ‘One team, one heartbeat’ rings true. His own humbleness has allowed the staff and team overall to accept credit for what he has orchestrated.

“Sometimes we brain storm or it’s one-on-one think tank,” explained April. “It’s a sign of greatness. It’s why he is where he’s at. What LSU does is phenomenal. Everything that they do is a concerted effort of everybody going in the right direction, well thought out, very well discussed. I said to a reporter before the national championship game that there isn’t a chance in hell that Clemson can win this game. LSU does things better than anybody.” 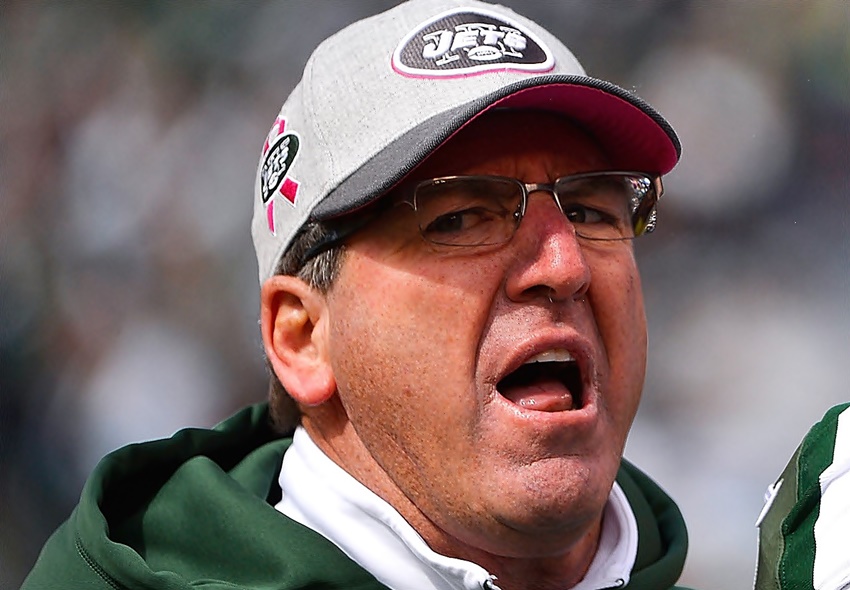 April worked NFL sidelines like the Energizer Bunny exhorting his troops and knows the work it takes to build a college program as well. He never witnessed any coach who exceeded Orgeron in recruiting, motivation, as well as executing practice and game plan as well as he does.

In 2019, Tigers defensive line coach Dennis Johnson was limited to a wheel chair following injuries to both knees. Orgeron expanded his own role to fill the void.

“He was the head coach. He became the defensive line coach and recruiting coordinator. Everyday of the year, he is recruiting. He was on the phone the day of the National Championship. Lots of energy, lots of focus, focus in pregame warmup, good game preparation, good tackling drills. And I’ve never seen anybody handle recruiting like him,” raved April.

With success brings notoriety. LSU has had to fill a number of roles on the staff after assistant coaches and analysts were offered bigger opportunities elsewhere. It does not surprise April.

“If a guy wants to be a head coach, LSU is the place to be. This program will win. How Coach O does, it is a factory for head coaches. He’s got tremendous humility but he’s aggressive by nature. He’s tough. It’s in his DNA. Sometimes your ego and pride causes you talk too much and not listen enough. It can be a head coach’s power trip. He’s been able to separate from that and listen more. He’ll always talk to the coaches, looking for ways to win. His humility and ability to listen is the key.”

April learned a valuable lesson early in his coaching career. He served as a 27-year old grad assistant under coach Bobby Collins at Southern Miss in 1980. He flew to Pittsburgh to scout a game between Pitt and Florida State. It was his first coaching gig.

“We were playing Florida State the following week. I was sitting next to an older gentleman who was with the Naval Academy. They were playing Pitt the following week. I struck up a conversation with him. He really knew his stuff. He was basically doing his scouting report and mine, as well. He kept talking about his son who was an aspiring coach for the New York Giants at the time. I learned a lot from him.”

That gentleman happened to be Steve Belichick, the backfield coach at Navy. His son Bill is perhaps the greatest NFL coach of all time. There is now a Belichick Library at the Naval Academy because of Steve.

April has worked for coaching greats like Bill Cowher. In his own specialty, April himself achieved greatness.

Lately, April has witness coaching greatness in Baton Rouge where LSU is in good hands.