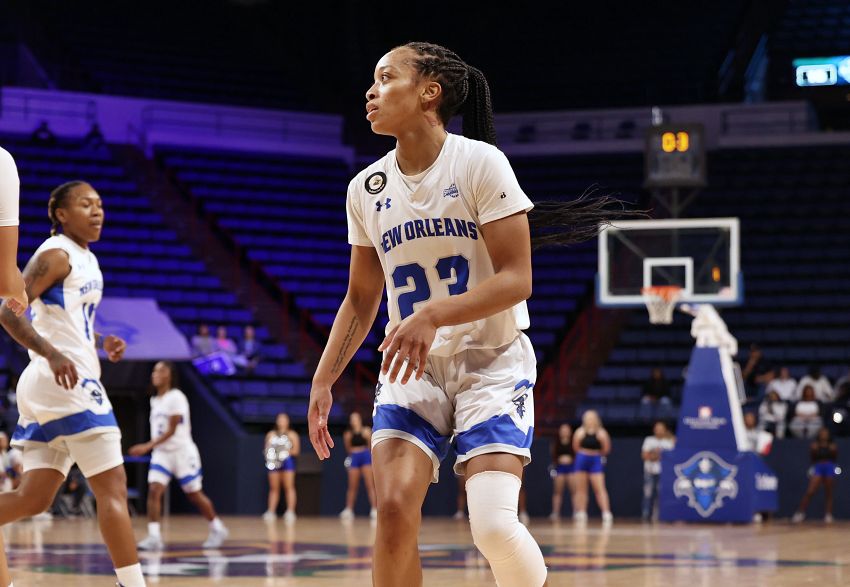 FRISCO, Texas – DeArica Pryor earned her second Southland Player of the Week honor after a two-game performance that saw a career-high in points and a near double-double. The conference office announced the award on Monday afternoon.

Pryor began her week with an outstanding performance against South Alabama. The senior guard went for 29 points on 9-of-19 shooting as the Privateers got out to a fast start and held off the Jaguars for a home opening 71-63 win.

The Urbandale, Iowa native battled through foul trouble in the first half to go for a team-high 14 points against Grambling. Pryor also pulled down nine rebounds, marking a new career-best in that department.

Pryor won the award last season when against Grambling she went for 22 points, five rebounds, four steals and two blocks.

In the early stages of the season, Pryor leads the Southland in scoring at 21.5 points per game.

New Orleans hits the road on Tuesday to face Alcorn State at 6 p.m. in their next contest.