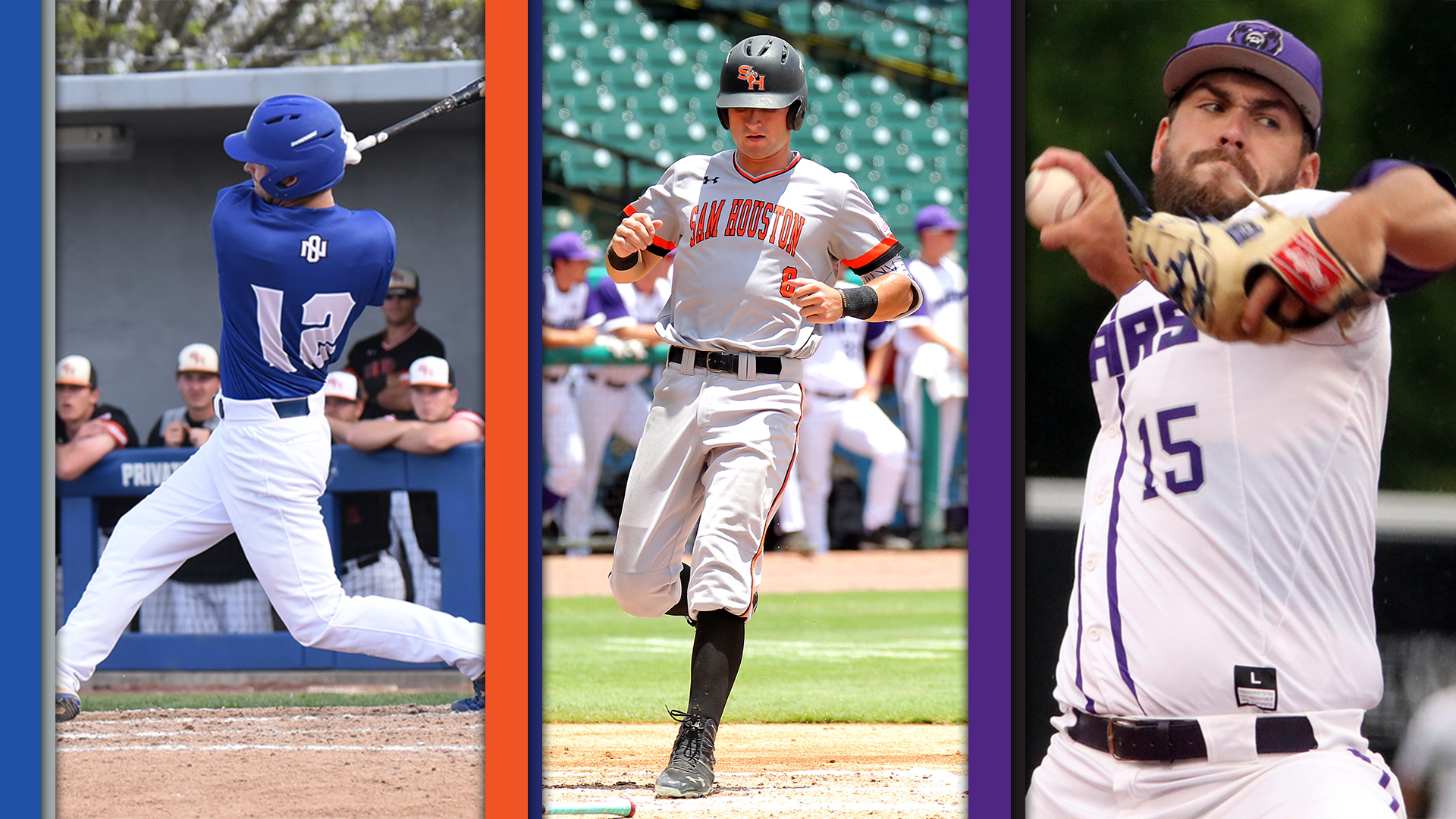 Morrill went on a tear for the Privateers from the leadoff spot, helping UNO to a 4-0 week. The redshirt senior batted .524 with a .952 slugging percentage and .545 on-base percentage while scoring multiple runs in all four contests. The Privateers edged Southern 5-4 on Tuesday before sweeping Southland foe Houston Baptist over the weekend.

UNO faces LSU in the team’s non-conference finale at 6:30 p.m. CT on Tuesday in Baton Rouge, and the Privateers conclude the regular season with a three-game series at Stephen F. Austin, beginning at 6:30 p.m. Thursday.

Hearn had a big week to lead the Bearkats to three wins in four tries, including a historic comeback win over No. 24 Florida Atlantic and a series win at Southeastern Louisiana that put SHSU in sole possession of first place in the Southland. The senior had a hit in each game, including five extra-base hits and seven RBI.

The Bearkats are in Tucson, Arizona, for a twinbill with Arizona on Monday evening at 6:30 p.m. CT and they close out the regular season with a three-game weekend slate against Northwestern State.

Davenport turned a gem in the series opener against Abilene Christian, sparking a three-game sweep for the Bears to clinch a spot in the Southland Conference Tournament and vault them into a tie for second place. His eight-inning outing led UCA to a 4-1 triumph in game one of the series.

The Bears face in-state rival Little Rock at 6 p.m. Tuesday before hosting Lamar in the final series of the regular season.

Co-Hitter of the Week – Collin Morrill, New Orleans – Redshirt Senior – First Basemen – Jacksonville, Fla.
Morrill began the week with a pair of two-hit performances against Southern and HBU, knocking in the eventual game-winning run against the Jaguars and the game-tying run versus the Huskies. He followed it up with a 4-for-4 outing in game two against HBU, scoring three runs and recording a RBI double in a seven-run fifth inning. In the series finale, Morrill fell a triple shy of the cycle, blasting his second home run of the week to go with a single and a double.

Co-Hitter of the Week – Hunter Hearn, Sam Houston State – Senior – Infielder – Crosby, Texas
Hearn had one of just four Bearkat hits in Friday’s loss at Southeastern Louisiana but exploded for a huge day in a doubleheader sweep on Sunday. He went 5-for-10, scoring five times with six RBI in the wins. He had two doubles in the opener, where he scored twice and drove in two more. In the second game, Hearn launched a two-run homer in the first inning before tripling and scoring in his next at-bat. His two-RBI double in a six-run eighth inning iced the game.

Pitcher of the Week – Cody Davenport, Central Arkansas – Senior – Pitcher – Fayetteville, Ark.
Davenport posted the third-best strikeout total in school history, punching out 13 Wildcats over eight frames. He scattered five hits over the evening and held the league’s top hitter Luis Trevino to a 1-for-4 performance. The senior fanned a pair in each of the first three innings and struck out the side in the fifth. Davenport is the third UCA pitcher to earn Pitcher of the Week honors this season.