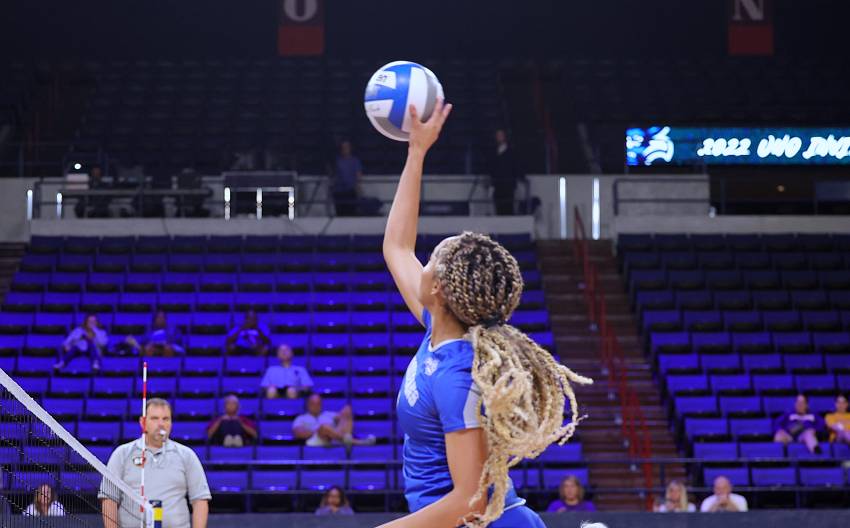 Offensive Player of the Week: Sophia Ewalefo, New Orleans – Fr. – Las Vegas, Nev. (Bishop Gorman HS)
Ewalefo was named tournament MVP of the New Orleans Invitational after posting 44 kills in three wins for the Privateers. The true freshman set a new season mark with 18 kills against Southern and had two double-doubles on the weekend against Texas Southern and Western Illinois. Ewalefo also had 39 digs, 5 aces and 6 blocks for the tournament.

Defensive Player of the Week: Ansley Tullis, Southeastern – Jr. – Slidell, La. (Pope John Paul II HS)
Tullis led Southeastern in digs in each of their matches during a 2-1 showing at the Jack Kaiser Classic with wins over Stonehill and Bryant. Her 4.58 dig per set average for the week pushed her to third on the season digs leader board for the Southland Conference. She had 14 digs in a sweep of Stonehill, 20 digs in a four-set win over Bryant, and 21 digs in a five-set loss to St. John’s.
Honorable Mention: Taryn Cast, Texas A&M-Commerce.