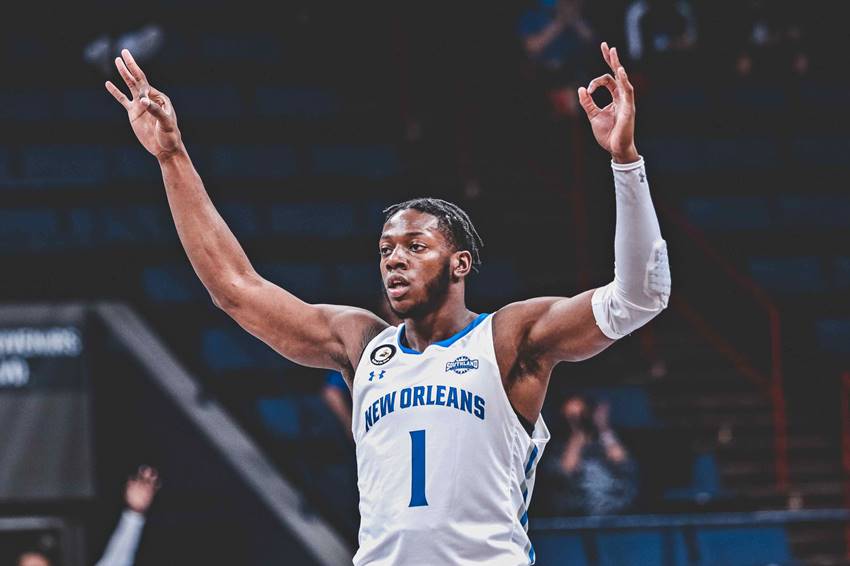 The second team All-Southland and NABC District 22 honoree led the Privateers in 2020-21 with 15.7 points per game on 52.0 percent shooting, 7.4 rebounds, 3.2 assists, 1.2 steals and 0.8 blocks, and ranked among the NCAA leaders in minutes played at 34.4 per contest. TDR ranked second in the Southland in rebounding and minutes. In league play, the Student-Athlete Advisory Committee (SAAC) President ranked eighth in scoring (16.1), third in rebounds (8.4) and added 3.4 assists, 1.3 steals and 0.9 blocks.

Rosser came back from a season-ending injury to appear in all 25 UNO games, starting 24. For his career, Dame played in 98 contests and started 69. He averaged 9.0 points, 4.3 rebounds and 2.3 assists as the swiss-army knife of the Privateers.

Arriving to the Lakefront as a 17-year old, the McDonough, Georgia native will receive his bachelor’s degree in May, one of the many goals he set for himself.

“No matter where I go, I know that I will forever be #UNOProud,” said Rosser. 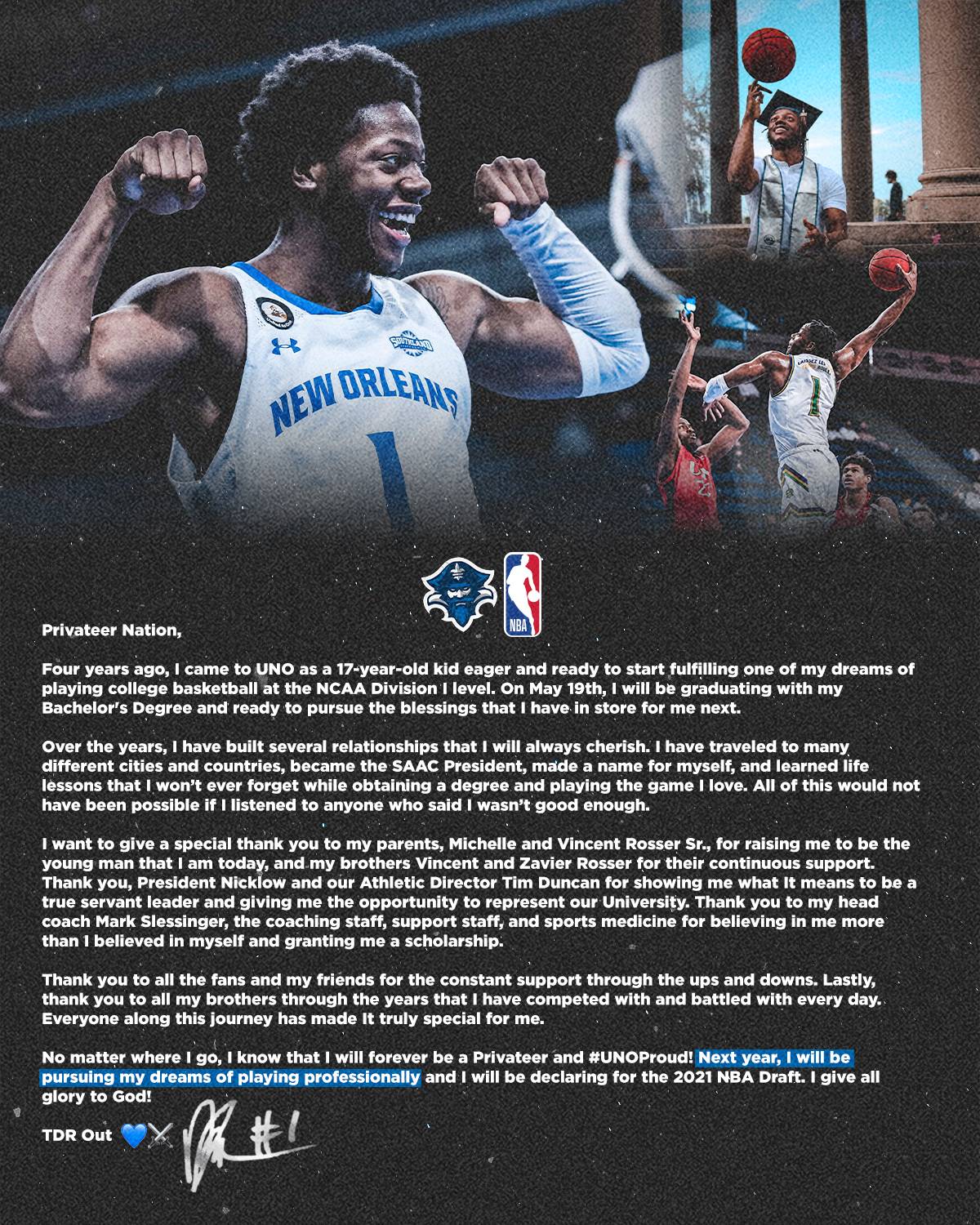 “We are so happy and supportive of Damion as he graduates and enters this next chapter in his career,” said head coach Mark Slessinger. “It seems like just yesterday he arrived on campus as a 17-year-old young man. He has grown and matured in so many ways over these four years. I know that he is excited for the new challenges and opportunities that will be before him in the next few months.”

“He finished the season as one of the top players in our conference and was playing at a very high level,” added Slessinger. “The many tools that he possesses allow him to be multidimensional in his play and positions. We look forward to seeing the next chapters of his story unfold.”