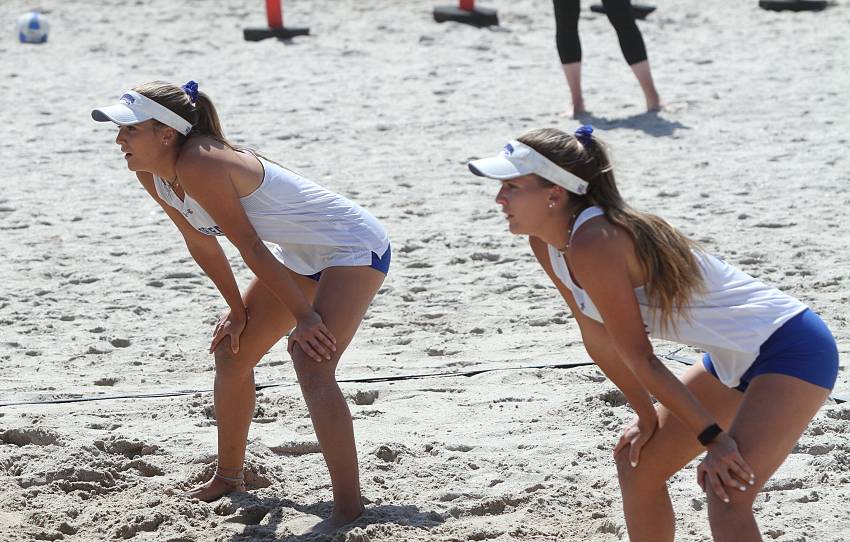 Veronica and Victoria Corcoran defeated No. 21 South Carolina on March 20 and went 2-1 in the Southland Conference Tournament. The duo rank just outside of the top 100 in the Pablo Beach Rankings and conclude their record-breaking Privateer careers at No. 1 and No. 2, respectively, in wins with 60 and 51.

Carr and Walsh went 8-14 at No. 2 and were beating Texas A&M-Corpus Christi and HBU in the league tournament prior to the matches being called. Carr finishes her Privateer career fourth in wins with 40 wins and third in winning percentage. Walsh will return next season sixth in program history with 25 wins.

Spartz and Vega began the season as a pair at No. 3 with three wins before switching partners for the remainder of the year. Vega ends her career fifth in wins with 38 and Spartz returns next year with 24 victories, seventh in UNO.

Jackson and Volpi joined the Privateers midseason after the completion of the indoor campaign and won seven matches at No. 5. The pair began the season 4-0 and also defeated Central Arkansas in the opening round of the Southland Tournament.

New Orleans ranks No. 43 in the Pablo Beach Rankings after winning eight matches in 2021.