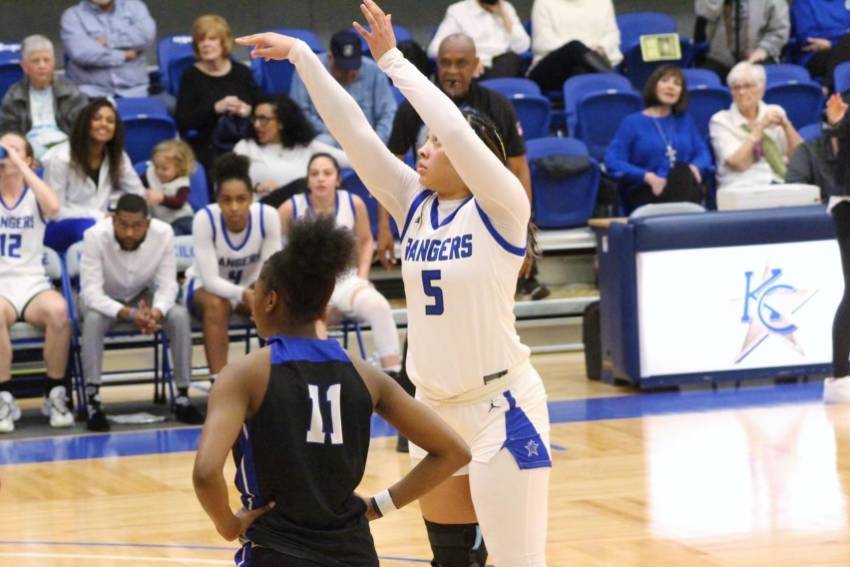 NEW ORLEANS – The New Orleans Privateers women’s basketball team added a fifth student-athlete for the upcoming 2021-22 season with the signing of Tara Green. The signing was announced on Thursday afternoon.

The 6-foot-3 Green transfers to the Privateers from Kilgore College where she played two seasons. In 2020-21, Green suited up in 21 games and averaged 5.7 points and 5.0 rebounds per game over 14.6 minutes per contest.

In that season, Green had two double-doubles with 15 points and 12 rebounds against Jacksonville College. She also had a 12-point, 10-rebound performance against Coastal Bend. She also averaged over a block a game and had six rejections in a contest against Bossier Parish.

A West Helena, Ark. native, Green just finished her second season with Kilgore. In 10.9 minutes, she averaged 5.0 points and 4.3 rebounds per game. Her career-best performance came against 903 Elite. On that November evening, Green poured in 24 points and pulled in 17 rebounds along with three blocks, three steals and two assists all in just 24 minutes.

Over her two years, Green played in 44 games for the Rangers. Last season, Kilgore went 21-11 and the squad made a Regional semifinal in a region that produced the eventual NJCAA National Champion (Tyler JC).

At West Helena Central, Green was an All-State player for the second time in her high school career. Green was also a four-time all-conference member and averaged a double-double at Central HS. She averaged 20 points, 10 rebounds and five blocks per game.

FROM COACH DAVENPORT
“We are thrilled that Tara is joining our family and excited about the depth she adds to our post position. All r’s come to mind when I think about Tara. She runs the floor, finishes around the rim, rebounds well and she rejects many with her blocking skills. We are delighted to welcome her to #NOLAsTeam!”