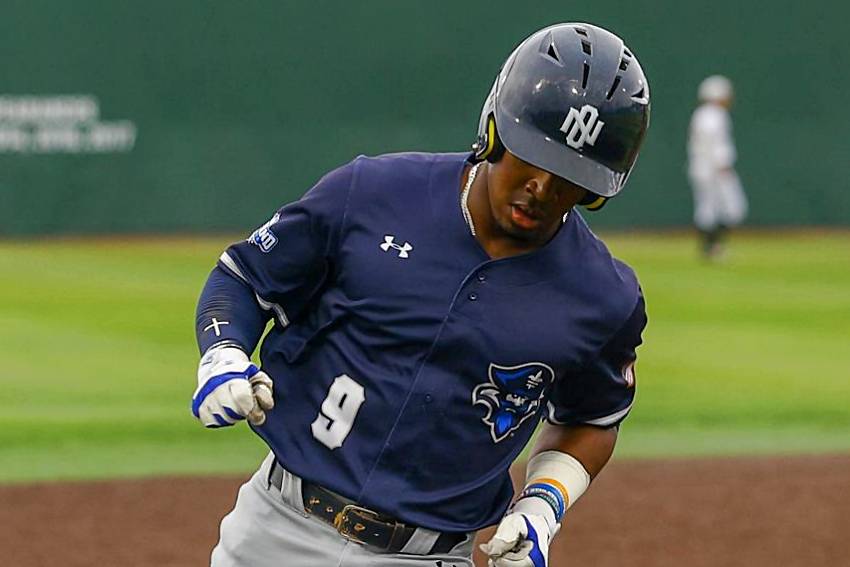 NATCHITOCHES, La. – The New Orleans Privateers gave Kyle Khachadourian early run support and pulled away in the later innings for an 11-4 win over the Northwestern State Demons on Saturday at Brown-Stroud Field.

With the win, the Privateers have secured the No. 3 seed for the Southland Conference Tournament next week. UNO will travel to Hammond for the four-team, double-elimination format starting Thursday to determine one of the league’s two championship final participants. The Privateers play No. 6 HBU and the hosts, No. 2 Southeastern Louisiana, face No. 7 Texas A&M-Corpus Christi. Regular season champion McNeese hosts the Southland’s other four teams playing the same format in the other side of the tournament bracket, also beginning Thursday.

DECISIONS
Khachadourian (5-2) pitched five solid innings and struck out four batters in the victory. The loss went to Drayton Brown (5-6). Caleb Seroski earned his third save of the year after throwing the last four innings and allowing just one earned run.

The Privateers added a run in the second and kept the Demons scoreless until the fifth inning when Austin Kirkpatrick homered to cut the New Orleans lead to 3-1.

However, New Orleans re-extended their lead in the sixth when they scored three runs. Two of them came across on an Amani Larry single. Seroski came in the bottom of the sixth and settled in after an inherited runner scored in the frame.

Leading 6-3, New Orleans piled on with five runs over the last two innings. In the ninth, Kasten Furr and Larry went for back-to-back homers becoming the first Privateer tandem to accomplish that mark this season.

INSIDE THE BOX
With his three RBI on the day, Howard moved into a tie for second on the program’s all-time RBI list with Scott Schwaner at 203 RBI.

UP NEXT
The Privateers will close the regular season on Tuesday evening at Maestri Field against the Southern Jaguars.