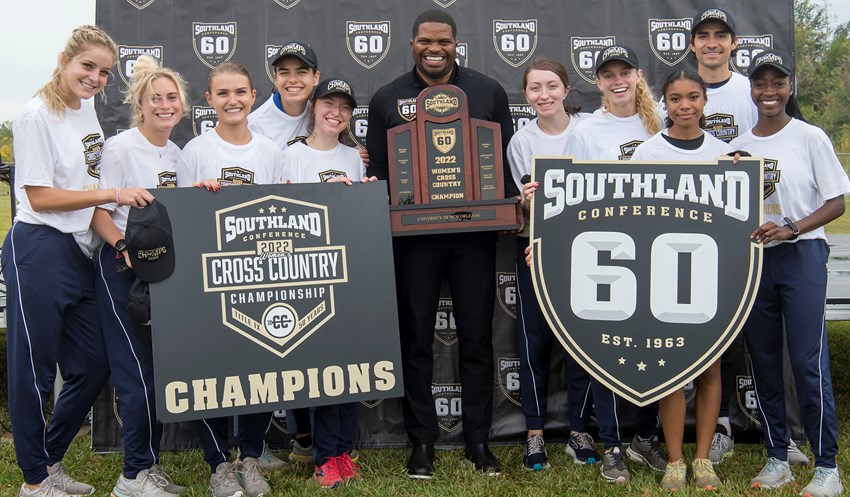 THIBODAUX, La. – UIW’s Joy Gill cruised to a victory by more than 27 seconds to take the individual title and New Orleans took its first-ever team title at the 2022 Southland Conference Women’s Cross Country Championships at the Nicholls Farm on Friday morning.

The Privateers were led by Ariana Jimenez in second at 20:52.48 and Tshwanelo Maruping in third at 20:57.77 to take the team title with 32 points, a margin of 55 points over Lamar in second place with 87 points. Maruping was named the conference Newcomer of the Year.

This is the Privateers’ first Southland title and the 32 points is the lowest team total at the Southland Championship since Lamar’s record 20-point finish in 2014.

New Orleans’ team scorers were rounded out by Alexandra Weir in seventh, Rebecca Dekay in eighth, and Anna Martin in 12th. Head coach Brock Moreaux was named the Southland Women’s Cross Country Coach of the Year.

Lamar was the team runner-up with 87 points, UIW finished in third with 91 points, McNeese was fourth with 103 points, and HCU was fifth with 118 points. 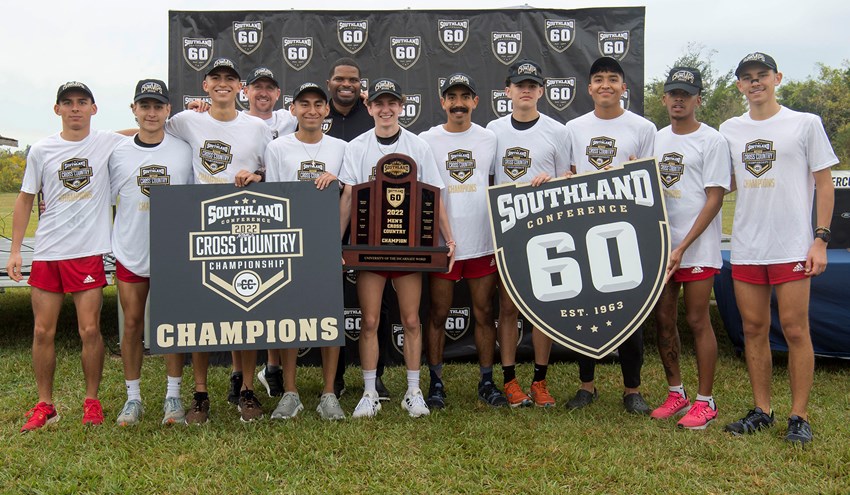 THIBODAUX, La. – Texas A&M-Corpus Christi’s Dennis Kipngeno won the individual title by less than a second and the UIW Cardinals picked up their first-ever team championship at the 2022 Southland Conference Men’s Cross Country Championship at Nicholls Farm on Friday morning.

Kipngeno overtook Lamar’s George Wheeler in the final quarter-mile of the 8-kilometer race to win the individual title at 23:49.15. Kipngeno also claims Southland runner of the year honors with his victory.

Kipngeno and runner-up Wheeler are joined on the Southland all-conference first team by Newcomer of the Year Enock Kimutai of Texas A&M-Corpus Christi in third place, Kolyn Saltzman of New Orleans in fourth, and Griffin Neal of UIW in fifth.

Neal was the lead runner for UIW’s first conference title as the Cardinals’ 62 points outpaced Lamar’s 72 points for the championship. The UIW pack was completed by Christopher Daniels in seventh place, Alexandre Fetizon in 12th place, Ryan Garza in 14th place, and Jett Montes in 24th place. Cardinal head coach Dr. Derek Riedel was named the Southland Conference Coach of the Year on the strength of his team’s title.