UNO rings in the New Year with win over Belhaven 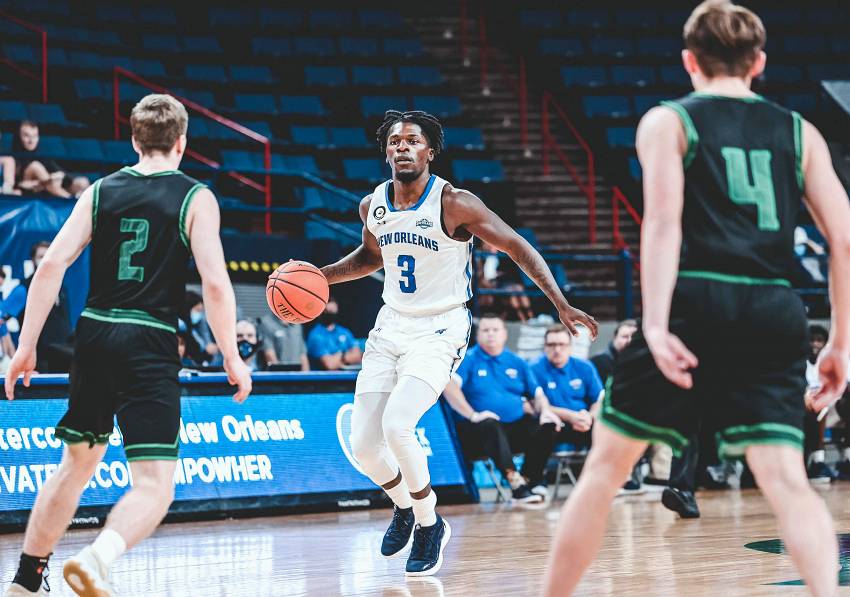 NEW ORLEANS – The New Orleans men’s basketball program got its New Year’s celebration started a few hours early as the Privateers knocked off visiting Belhaven by a 94-54 margin in a non-conference contest at the UNO Lakefront Arena on Friday afternoon.

INSIDE THE BOX SCORE
– Senior guard Troy Green set the University of New Orleans school record with his 129th game played of his career as he passed UNO great Bo McCalebb with his start on Friday afternoon for most games played in school history. The St. Rose, La. native posted 10 points, seven rebounds, a season-best five assists and two steals to cap off the special occasion.
– Three Privateers tied for the lead in scoring as Tyson Jackson, Derek St. Hilaire and D’Ante Bell paced UNO with 11 points apiece, respectively. Jackson added four rebounds and an assist, St. Hilaire chipped in four assists, two rebounds and a steal and Bell added two boards, a helper and a rebound.
– All 13 New Orleans student-athletes who entered the game scored at least two points in the blowout victory.
– The Privateers recorded 25 assists on the afternoon, the most posted by the squad in a game so far this season.
– UNO also knocked down 38 field goals in total and shot 55.9 percent from the field, both new season-best marks for the program.
– New Orleans’s 43 rebounds were the second-most posted by the group so far this year.
– The Privateers 94 points scored was also the highest total posted by the team so far in 2021-22.

HOW IT HAPPENED
– New Orleans started the game on a 20-0 run and never looked back as the Privateers closed out the opening half with a 47-18 advantage.
– The damage was already done but New Orleans matched its opening point total with 47 more points in the second to close out the 94-54 victory.

NEXT UP
It is off to Katy, Texas for the 2022 Southland Basketball Tip-Off Tournament that the Privateers will compete in on Thursday, Friday and Saturday (Jan. 6-8). UNO’s first matchup is set against McNeese to open the tourney on Thursday, Jan. 6 at 1:30 PM CT from the Leonard E. Merrell Center. All contests from the tournament will be featured nationally on ESPN+.