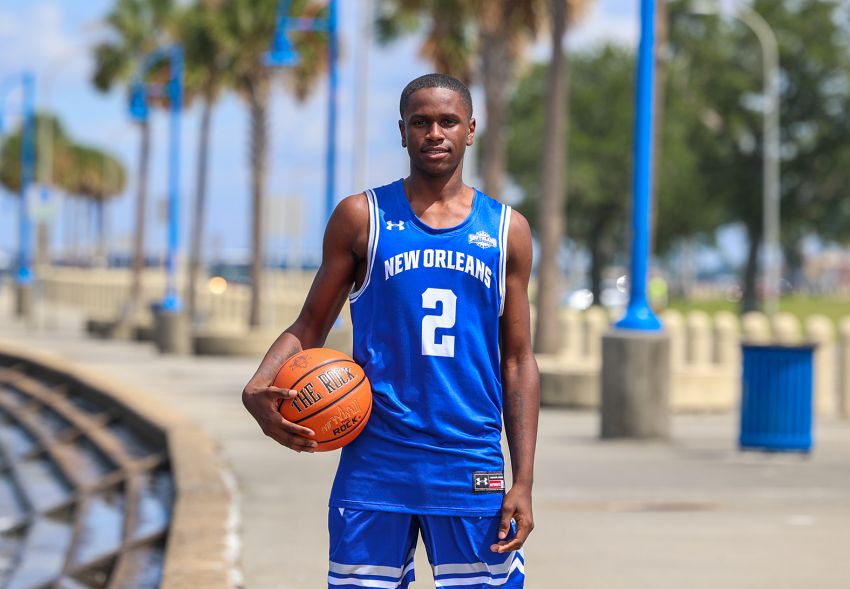 NEW ORLEANS — Jah Short has signed a National Letter of Intent to play basketball next season at The University of New Orleans, head coach Mark Slessinger announced Friday. Short will join the Privateers for the 2023-24 season.

Short (6-3, 180), a guard from Farmville, North Carolina, has started at Farmville Central High School for the previous three seasons. The Jaguars have made three straight state championship appearances during that time, winning two of three State Titles. Short was named most outstanding player in two of those appearances and garnered a 1st Team All-State selection this past season. Short also had a tremendous AAU season with the Gardner Road AAU squad, coached by former New Orleans Pelican David West.

Averaging 20.3 points per game, 7.8 rebounds per game, and three assists per game for the Jaguars during 2021-22, Short chose New Orleans over offers from East Carolina and Queens per 247Sports.com.

COACH’S CORNER: MARK SLESSINGER
“We are elated to add Jah to our program. He has such a tremendous pedigree as a winner. His athleticism and competitiveness will be a great addition to our team. Jah has been so well coached at Farmville Central by Coach Larry Williford and his time with Gardner Road prepared him to have a huge senior season at Farmville Central.”