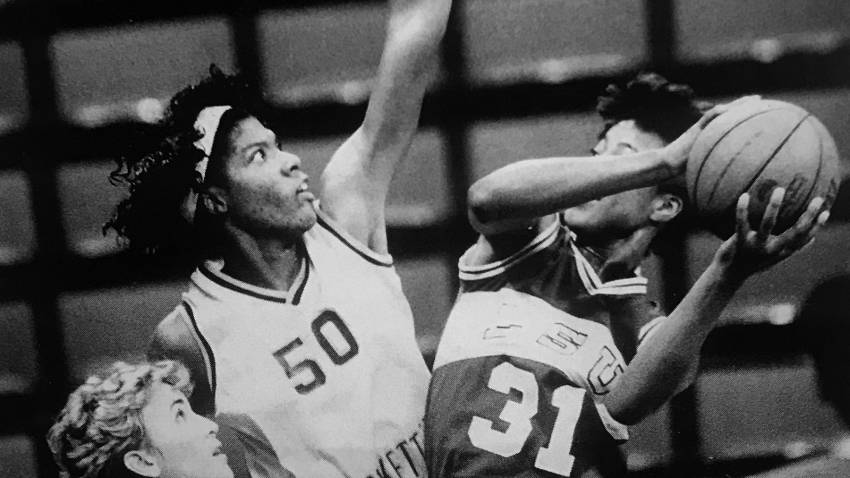 NEW ORLEANS – New Orleans women’s basketball great Carvie Upshaw was selected as one of 13 finalists for the AllState Sugar Bowl’s Greater New Orleans Sports Hall of Fame Class of 2021, announced by the association’s office on Monday.

Upshaw was a two-time All-American and a three-time All-Louisiana student-athlete with the Privateers as she recorded 1,759 points (still third all-time at UNO), 1,124 rebounds (first) and 492 blocked shots (also first and would rank No. 4 all-time in NCAA history, but the NCAA did not recognize blocks as an official statistic until 1988). She is also the only New Orleans student-athlete in program history to become a member of the 1,000 point/1,000 rebound club (and if you include the men’s team, her and standout Ervin Johnson are the only New Orleans student-athletes to pull off the feat in school history).

The six-foot-five Upshaw also ranks second at New Orleans in career field goals (723), second in career field goal percentage (.556) and third in career scoring average (14.8 points per game). On the single-season charts, she ranks first in rebounds (341 in 1986-87), blocks (158 in 86-87 which would rank No. 2 all-time in NCAA history) and field goal percentage (.619 in 86-87). She also owns the top-four seasons in blocked shots at the school and the program’s best for rejections in a single game (as she recorded 12 against Mississippi State back on Feb. 28, 1987, a performance that would rank tied for ninth in NCAA history).

She also registered three of the nine triple-doubles posted in school history and totaled five career games with greater than 10 blocked shots.

When Upshaw concluded her time on the Lakefront, she helped lead the Privateers to their most successful stretch in team history. During her four years with the program, New Orleans won 82 games (more than any other four-year stretch), which included a pair of 25-win seasons (best in school history). The team also advanced to the program’s only NCAA Tournament appearance in school history (1986-87), along with a third-place finish in the NIT tournament (one of two NIT bids earned during the time).

Upshaw would go on to play professionally overseas and became the first female to play in the all-male Polish League after she graduated from UNO.

Each year’s Hall of Fame class is selected by the Greater New Orleans Sports Awards Committee, a group of current and former media members who annually recognize a variety of award winners.

The 2021 Greater New Orleans Sports Hall of Fame Class is scheduled to be announced in June.

The Greater New Orleans Sports Awards Committee began in 1957 when James Collins spearheaded a group of sports journalists to form a sports awards committee to immortalize local sports history. For 13 years, the committee honored local athletes each month. In 1970, the Sugar Bowl stepped in to sponsor and revitalize the committee, leading to the creation of the Greater New Orleans Sports Hall of Fame in 1971, honoring 10 legends from the Crescent City in its first induction class. To be eligible, an athlete must be a native of the greater New Orleans area or must compete for a team in the metropolitan region.