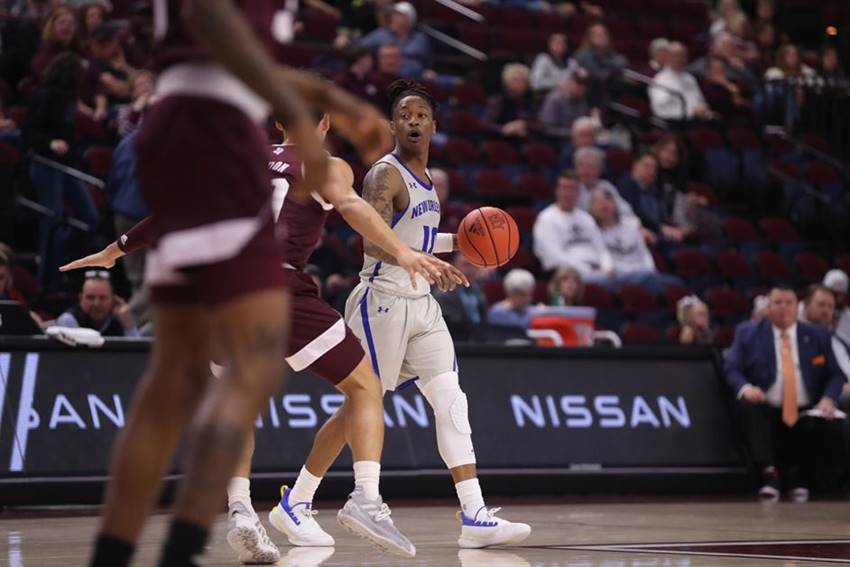 INSIDE THE BOX SCORE
– St. Hilaire paced the Privateers once again as he finished with 20 points (on 7-of-13 shooting) to go with five rebounds and three steals. The Atlanta, Ga. native has now led UNO in scoring in every game so far this season. It is the sixth-straight 20-plus point output for St. Hilaire and his seventh such game of its kind overall this year, in just eight games played.
– Green continued his strong run of play, as the senior has now gone for 17 points in three straight games. Tonight, he added four boards, two assists and a steal.
– Simeon Kirkland was the third Privateer in double-digits as he chipped in 10 points (on 5-of-8 from the field) to go along with seven rebounds and a block in 18 minutes of play.
– Daniel Sackey added seven points and ended in a tie with a team-high five assists.
– Robby Robinson also contributed five helpers and posted a game-high nine boards.
– Eight Privateers made the box score in total with the team’s combined 65 points.
– New Orleans scored 38 points in the paint and got 21 points off the bench.
– UNO finished the non-conference game with 20 assists.

NEXT UP
The Privateers make the short trip to Lafayette for a showdown with in-state rival Louisiana this Friday, Dec. 3 at the Cajundome. Tipoff for the non-conference contest is set for 7 PM CT and it will be played in front of a national audience on ESPN+.