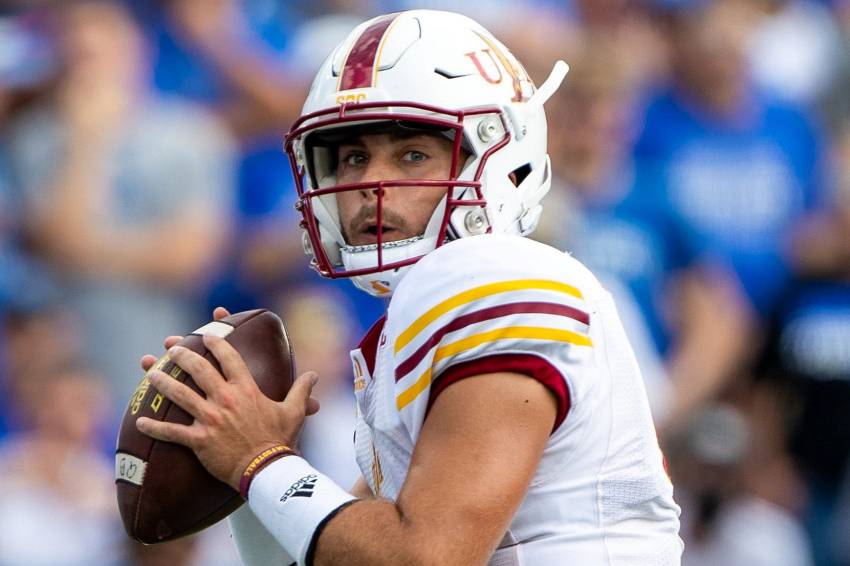 ULM quarterback Rhett Rodriguez is in intensive care after suffering a lung injury in the Warhawks’ 29-16 victory over Troy on Saturday.

Our family would like to thank everyone who has reached out with their thoughts and prayers for Rhett, as he is currently in the ICU at the hospital because of a lung injury from last night’s game against Troy.

“Rhett Rodriguez was taken to St. Francis Medical Center last night from a severe trauma injury to the upper chest from the Troy game. The extent of the injury and length of stay in the hospital are unknown,” said ULM head coach Terry Bowden in a statement. “It would be inappropriate for me to comment further at this time. We will continue to pray for a full recovery.”

Rodriguez, an Arizona transfer, went 10-of-16 with 131 yards and a touchdown as the Warhawks snapped an eight-game Sun Belt losing streak and won their second straight contest.