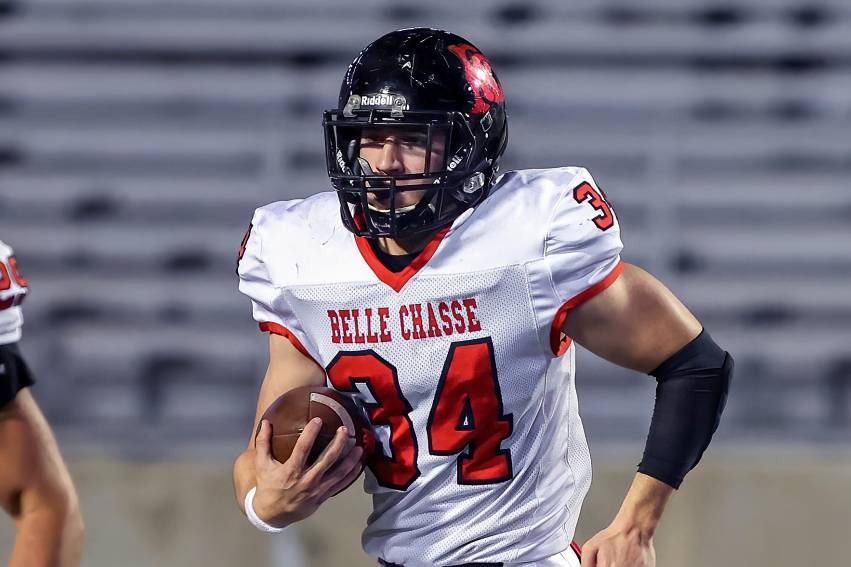 A senior, Dickson had a huge performance on both sides of the ball as the eleventh-seeded Cardinals went on the road to upset No. 6 seed Huntington 31-28 on a field goal on the final play of the game in the regional round of the Class 5A state playoffs.

Dickson rushed 30 times for 201 yards and a touchdown and completed 1-of-2 passes for 26 yards. On defense, Dickson registered six tackles and broke up a pass and played on the field goal team as well.

“Tyler stepped in at quarterback week two for us and he plays the whole game for us,” Belle Chasse coach Stephen Meyers said. “He is also our punt return man. He does everything 100 percent. He’s a hard, tough football player. We would hate to think where we would be without him. He’s a great person and a great teammate. He did everything for us in this game.”

Coached by Stephen Meyers, Dickson will be honored at the year-end meeting of the Greater New Orleans Quarterback Club on Dec. 14 at Rock’n’Bowl.