AVONDALE – Steve Worthy, Tournament Director and CEO of the Fore!Kids Foundation could not have said it better.

“Our fans and the players have embraced our team format.”

A move that turned what seemed like a just another PGA Tour event into a unique experience has helped change the vibe of the Zurich Classic of New Orleans. A team format of best ball, alternate shot, best ball and concluding with alternate shot is the only such format on the PGA Tour Schedule. Is it popular? with 10 of the top 15 in the World Rankings are entered and a list that includes every major champion from 2017 and the 2018 winner of The Masters, you bet it is.

The 2018 tournament is off to an exciting start a at TPC of Louisiana. The team of 2008 US Open Champion Lucas Glover and 2009 Canadian Open winner Chez Reavie both had six birdies on their way to a 12-under par 60 to take the first round lead into the cludhouse. Missing birdie chances on the last two holes kept the pair from going even lower.

Xinjun Zhang and Zecheng Dou followed later in the afternoon and early evening, joining the early leaders with a 60 of their own.

A common theme at the event has been how good friends have teamed up to have fun. It is especially fun when a duo starts rolling together.

“We were just rolling. I think we’re comfortable,” explained Reavie. “We like to laugh and have a good time when we’re playing golf and it definitely helps.”

The course was receptive to scoring low on the opening day, especially on the greens.

“Get as many putts as you can and start getting in our mind to make some putts. The greens are perfect,” said Glover.

A half dozen teams finished with a 62 including Tony Finau and Daniel Summerhays. Earlier this month, Finau sprained his ankle badly after making a hole-in-one in the Par-3 Tournament at The Masters. He played well on it the rest of that week at Augusta and carried it over to New Orleans.

“It is feeling better after a couple of weeks of therapy back home in Utah. I look forward to just continuing to strengthen it. It’s not 100 percent. (It’s) kind of hard to put a percentage on it. I would say about 70 percent,” said Finau.

The second round features an alternate shot format, one which will certainly guarantee some Friday fireworks. and continued excitement for players and fans alike.

Happy 300th Birthday, New Orleans! You are in for a great show on the links. 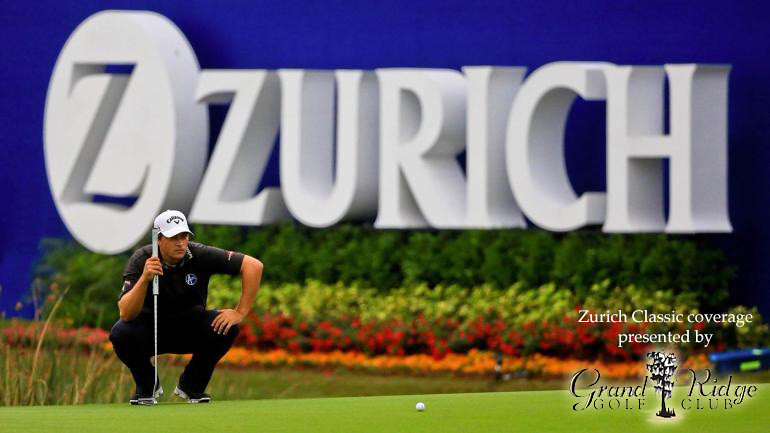