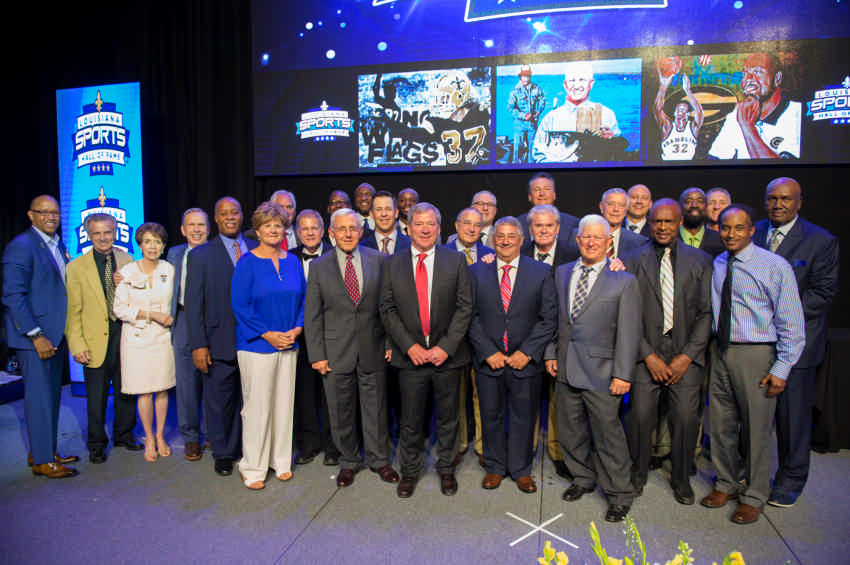 Induction dates have been set in late June and late August to stage the 2020 and 2021 Induction Celebrations for the Louisiana Sports Hall of Fame.

The Class of 2020’s enshrinement was originally set for last summer, then December, and postponed both times due to COVID-19 protocols. The Class of 2021’s induction was targeted for this June, but has been shifted back two months to allow the 2020 inductees to be honored.

“We are very hopeful that the recent progress with pandemic abatement will continue and we will stage our Induction Celebrations as we always have, with few or no limitations on capacity,” said Ireland. “We’re three months away from the 2020 events and five months out from the 2021 inductions, and all indications are trending positively as vaccinations expand and people continue to be vigilant following virus protocols.”

Opelousas native Joan Cronan, one of college sports’ most influential administrators in her career as athletics director at the University of Tennessee, will be inducted as the 2020 Dave Dixon Louisiana Sports Leadership Award winner.

Enshrined as the first recipient of the Louisiana Sports Ambassador Award will be Shreveport-based broadcaster Tim Brando, whose pride in his home state has been evident throughout his four decades among the best in his business around the country.

“We truly appreciate the patience and understanding of our 2020 class, and the willingness of the 2021 inductees to shift back a couple of months so we can get back on track. We can’t thank our partners and sponsors enough for standing with us and adjusting to assure everyone involved has the ultimate experience as we celebrate these inductees,” said Rantz.

Ticket purchases are available through the LaSportsHall.com website. Sponsorship packages and information about events can be discussed with Rantz at 225-802-6040 or RonnieRantz@LaSportsHall.com via email.