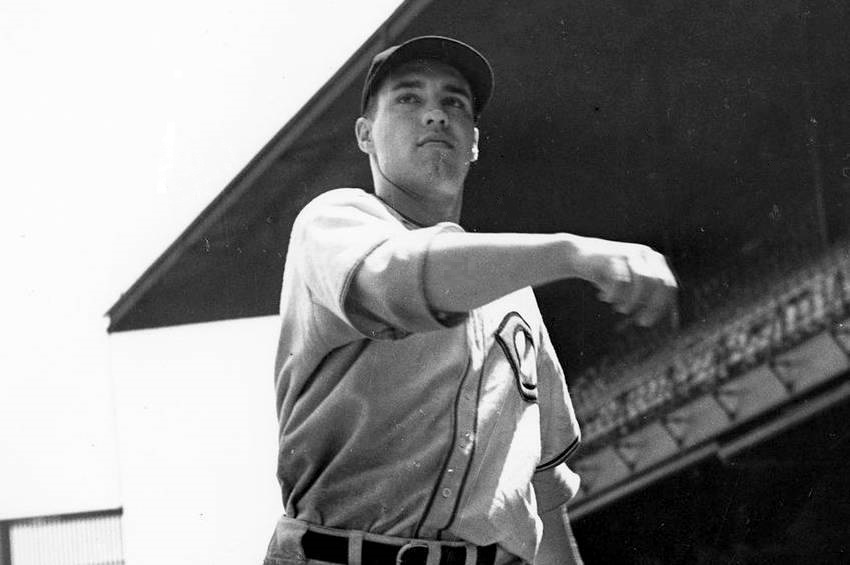 MLB teams are currently in full swing at spring training sites in Florida and Arizona. As far back as the early 1900s, New Orleans was host to several big-league teams for spring preparation leading up to the regular season.

For local baseball fans, the highlights of the training activities included exhibition games with the minor-league New Orleans Pelicans and other traveling major league teams. It was often their only opportunity to see major league players in action.

The year 1937 was a special one for local baseball enthusiasts, with the arrival of the Cleveland Indians and their sensational teenage pitcher Bob Feller who were in town for spring training.

While still enrolled in high school, Feller had taken the baseball world by storm in July 1936. With only eight innings pitched in relief under his belt, the 17-year-old farm-boy from Iowa struck out 15 batters in his first major-league start for the Cleveland Indians. He immediately acquired the “phenom” label and went on to win five games that season, including a 2-hit, 17-strikeout win over the Philadelphia A’s on September 13.

Of course, fans’ expectations of Feller were high going into the 1937 season. Because his fastball was his featured pitch, he was already being compared to Walter “Big Train” Johnson, the premier strikeout artist at that point in baseball history. Feller would soon acquire an appropriate nickname, “Rapid Robert,” for his strikeout prowess.

The Cleveland Indians traveled south for spring training, initially making a stop in Hot Springs, Arkansas, before spending nearly the entire month of March in New Orleans. His arrival stirred up great anticipation by the Crescent City’s baseball fans to see him make an appearance in an exhibition game at Heinemann Park. They wanted to see this “boy wonder” whom the rest of the country was raving about.

The Times-Picayune posted daily stories about the teenager, marveling at his accomplishments from the previous season and tracking all of his activities during the team’s preparation for the regular season in April. Because Feller was still technically a high school student, he received specialized tutoring from a teacher from Warren Easton High School in New Orleans. It was his intention to graduate with his senior class in Iowa.

Amid his training and schooling, his popularity made him a frequent guest at local events. On one such occasion in which he handed out awards at a Boys Scouts banquet, Feller (a former Boy Scout) wasn’t that much older than the youngsters to whom he was passing out ribbons. 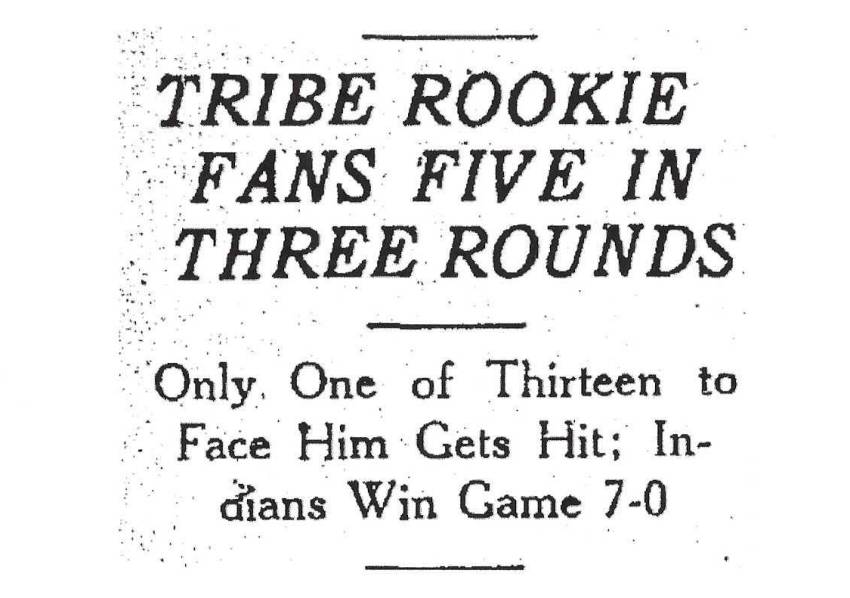 Feller got his first appearance on March 14. He didn’t disappoint a small crowd of shivering fans, as he pitched a scoreless first inning against the local Pelicans minor-league club. On March 19, he got his second start before a capacity crowd of 10,000 consisting mostly of school kids. He struck out five in three scoreless innings, while yielding only one hit as the Indians won, 7-0. The Times-Picayune reported that he was barely able to get in his warm-up pitches before the game because of the throng of autograph-seekers surrounding him.

Indians manager Steve O’Neill said he felt like Feller would be good for 10 to 15 victories during the regular season. He thought Feller could be the difference between a fifth-place club and one contending for first place. O’Neill said he was surprised at how well Feller had developed a change-up pitch during the spring.

Feller’s next outing came on March 28 in Vicksburg, Mississippi, as the Indians played the New York Giants, who were barnstorming throughout the deep South for its spring training. He struck out six Giants batters in three hitless innings. The Indians staged a rally in the ninth inning to win, 2-1. Veteran umpire Bill Klem declared after the game, “He [Feller] showed me stuff the likes of which I’ve never seen in all my life. I expected to see plenty but I never dreamed an 18-year-old pitcher could pitch like that.”

The Giants also made a stop in New Orleans, where a much-anticipated matchup between Feller and Giants all-star hurler Carl Hubbell took place on April 5.

Hubbell was at the peak of his career, having been the National League’s MVP in 1936. The 33-year-old lefty had finished with league-leading 26 wins and 2.31 ERA. This time the crowd exceeded the stadium’s capacity. The Times-Picayune noted it was the largest crowd (11,037) at a spring exhibition game in New Orleans since Babe Ruth and the New York Yankees played at Heinemann Park in 1923.

Feller struck out six batters in five innings, while Hubbell struck out five in a well-pitched game by both teams. Feller was a bit wild during the first two frames but showed some moxie by getting out of the innings safely. He didn’t allow any hits during his stint. The Indians won in 10 innings, 2-1.

As the Indians headed north after breaking camp in New Orleans, they faced the Giants again in Fort Smith, Arkansas, on April 8. Feller capped off his spring by striking out four in three hitless innings. 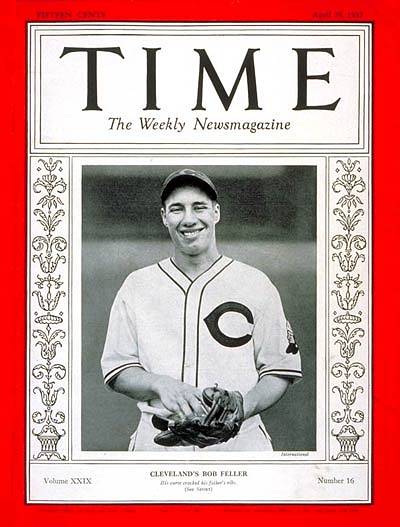 Feller was dominant in his four spring outings comprised of 12 innings. He struck out 17 while yielding only one hit. He cemented his status as one of MLB’s up-and-coming stars. Time magazine put him on the cover of the April 19 edition, only the second time by a baseball player.

However, Feller encountered a diversion in fulfilling the high expectations set for him. In his first start of the regular season on April 24, he felt a sharp pain in his elbow on his first pitch of the game. He wound up appearing in only three games during the first three months of the season. In the meantime, he managed to attend his high school graduation in May.

He returned to the Indians on July 4. Despite losing his next three decisions, he rebounded with nine wins during the remainder of the season. Despite missing the majority of three months, he still finished fourth in the league with 150 strikeouts.

Feller went on to have a Hall of Fame career. During his 18 major league seasons, he compiled a 266-162 record, 3.25 ERA, and 2,581 strikeouts. He missed three entire seasons and part of a fourth (during age 23 to 26) due his Navy service during World War II. Otherwise, his career numbers would have been even greater. Feller threw three no-hitters during his career and led the American League in strikeouts in seven seasons, including 348 in his first full season after the war. When he retired in 1956, he was third on the all-time strikeout list.

Feller came back to New Orleans in 1986 for an old-timer’s game in the Superdome. He made his last visit to the city in 2007 when he was featured on a panel of former major league players at a conference (“When Baseball Went to War”) hosted by the World War II Museum. Feller died in 2010 at age 92.