The Tulane Green Wave will face the USC Trojans in the Goodyear Cotton Bowl.

Tulane earned the bid to one of the New Years Six bowl games after defeating UCF in the American Athletic Conference Championship on Saturday. The win locked the No. 16 Green Wave into the spot as the top ranked Group of 5 team in the country.

After finishing with a 2-10 record in 2021, Tulane rebounded to go 11-2 and win the AAC for the first time in program history. A vastly-improved defense and a balanced offense led by quarterback Michael Pratt with AAC offensive player of the year Tyjae Spears fueled the massive turnaround under head coach Willie Fritz.

No. 10 USC (11-2) missed out on a College Football Playoff spot after losing the Pac-12 title game Friday to Utah, 47-24. In fact, the Utes gave the Trojans their only two losses of the season.

The 87th Goodyear Cotton Bowl Classic in AT&T Stadium in Arlington, Tex. kicks off at noon on January 2. 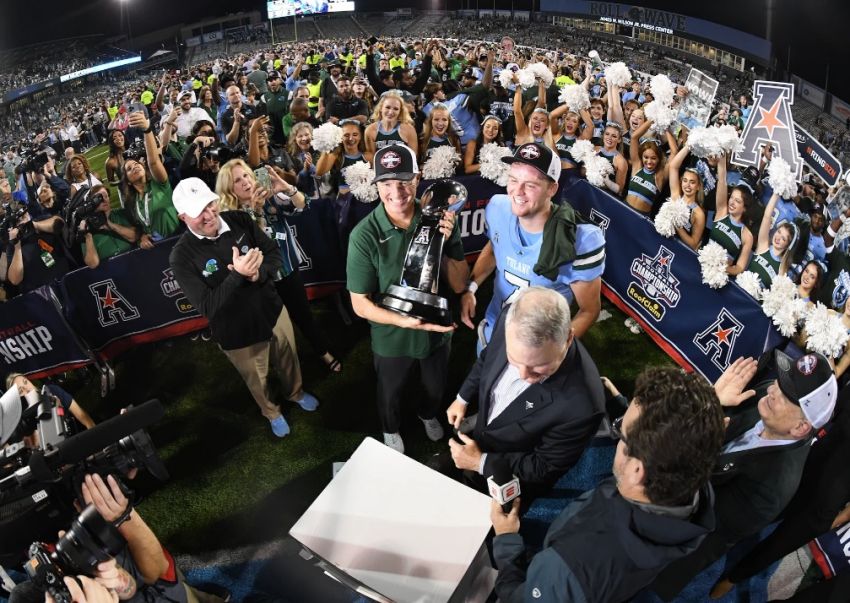 Revenge was sweet for the Green Wave in a 45-28 victory to win the American Athletic Conference Championship and earn a likely bid to the Cotton Bowl.