Tulane stays the course in prep for Ole Miss 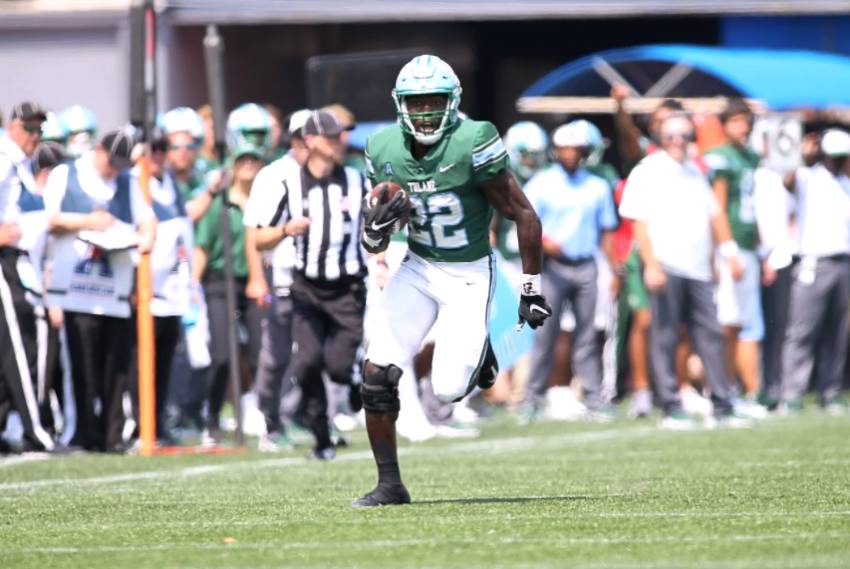 That was evident well before the kickoff occurred at Legion Field.

For Willie Fritz, it was all about keeping his Tulane team focused to maintain the momentum, to maintain its edge coming off an impressive performance in a narrow loss to Oklahoma.

Fritz and his staff did their job and the players responded.

Tulane put up 52 points in the first half, played a ton of reserves to help build depth and confidence and dismissed Morgan State, 69-20.

The 69 points mark the highest total registered by Tulane under Fritz.

Michael Pratt took care of his business, throwing a pair of touchdown passes.

Justin Ibieta got valuable playing time and threw a pair of touchdown passes, though he did suffer a pair of interceptions. Still, the ability of Ibieta is obvious, giving Tulane a good situation at the most important position. Ibieta raced 23 yards for a score as well.

Freshman Kai Horton got in for a series at the end of the game as well.

For the second straight game, Tyrick James was a shining light, this time on the receiving end of a 49-yard touchdown pass from Pratt.

Jaetavian Toles had five catches for 64 yards and a score.

It was good to see Tyjae Spears put the ball in the end zone as he continues his comeback from a serious knee injury a year ago.

It was also good to see freshman Iverson Celestine of Fontainebleau and transfer Devin Brumfield of Covington get significant carries and both showed well. Celestine had 13 carries for 77 yards while Brumfield had five carries for 49 yards.

Defensively, Tulane scored as Kevin Henry returned an interception for a score while freshman Keith Cooper had a pair of sacks.

Josh Coltrin scored on a strange play as Tulane had a field goal blocked, Morgan State recovered, fumbled and Coltrin recovered for a touchdown.

In the kicking game, Merek Glover booted a 40-yard field goal. It was good to see him back healthy as the Green Wave has an outstanding kicking game with Glover and punter Ryan Wright.

The takeaway is that Tulane is a talented team and a focused team which simply avoided a big letdown and took care of business.

Now, the task at hand is challenging with a road trip to Oxford to take on a very good nationally ranked Ole Miss team.

The Rebels have an elite offense, clearly one of the best in the country.

Ole Miss looks to be improved on defense, where it struggled mightily a year ago.

The Rebels were very impressive in a 43-24 win over Louisville and followed that up with a 54-17 thrashing of Austin Peay.

Based on its performance at Norman and on what we saw in Birmingham Saturday, this will be an intriguing matchup.

Already in just two weeks of the season, an alarming total of 13 ranked teams have been upset.

Can Tulane add to that total?

The prospect is not far-fetched, by any means.