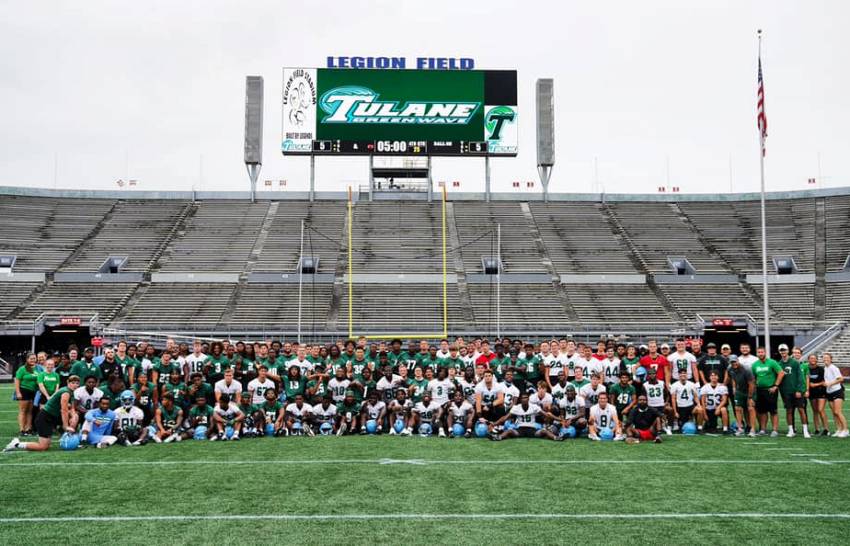 BIRMINGHAM, Alabama – Tulane University Athletics announced today the site venues of its upcoming fall home competitions for the next two weeks as a result of the athletic department’s relocation to Birmingham, Alabama, due to the effects of Hurricane Ida.

Tulane’s next scheduled home event is set for Sept. 11 and will feature the football team’s matchup against Morgan State. The Green Wave will now face Morgan State inside historic Legion Field with kickoff set for Noon CT.

The Green Wave’s next home competition will feature Tulane volleyball’s tournament (Sept. 17-18) against UAB, Sam Houston and Texas Tech. The tournament will be held inside the University of Alabama Birmingham’s (UAB) Bartow Arena.

All fans will be permitted to attend these two Tulane athletics’ events (football vs Morgan State and the volleyball tournament) in Birmingham free of charge.

Games times and locations for future Tulane Athletic home events will be reassessed after Sept. 18.

The official mobile app for Tulane Athletics also is available for download, allowing fans the opportunity to connect with the Green Wave via Android or iOS mobile device.