Tulane football program improving but so is American Conference 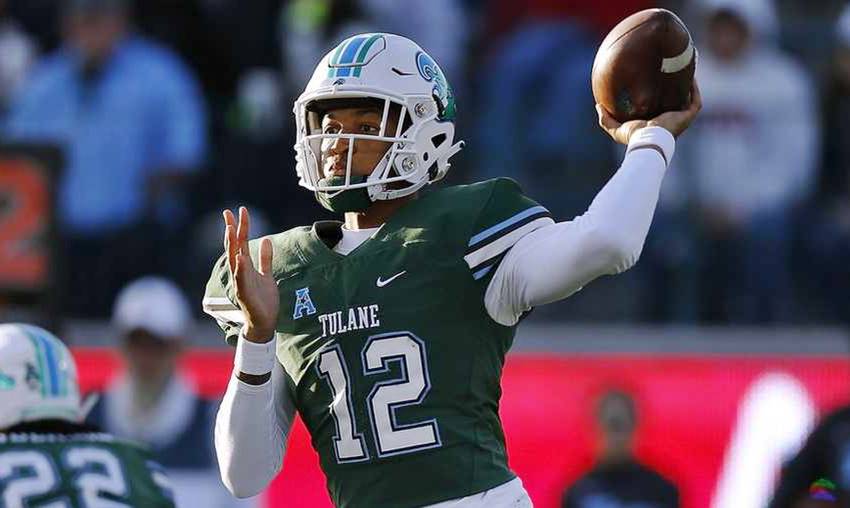 Tulane’s offensive line appeared to have no answer for Temple’s defensive front. Defensive end Quincy Roche had three sacks, and an astounding six tackles for losses. Tulane left tackle Joey Claybrook, a solid player, was left on an island with little help.

Meanwhile, the offense paid the price.

Tulane has been on different planets when they are home and away. The Wave is 1-4 on the road. At home, the Green Wave is perfect, winning all five games at Yulman Stadium.

Despite all of these numbers, there’s a simple explanation about why Tulane has hit a rough patch. Their schedule in the second half of the season has been a lot tougher. Those games have given head coach Willie Fritz a solid picture of his football program. It is good with a chance to get a lot better.

In the 2020 recruiting rankings, Tulane is 52nd nationally and second best in the American Athletic Conference behind the University of Cincinnati according to 247Sports.

Tulane has 20 three-star commitments for the class of 2020. That is an impressive number, considering that in 2017, Tulane had just four.

In the meantime, the numbers don’t lie.

Still to come is the home finale Saturday against Central Florida (7-3) and the season finale on the road at SMU (9-1).

Tulane’s three losses in the league to higher ranked teams were on the road. This season, the American Athletic Conference hasn’t gotten enough credit nationally for being a very good league.

The American is rated fourth, ahead of the Atlantic Coast Conference and the PAC-12.

Yet, there’s very little promotion from the league itself about the quality of its product in the 2019 season. Heading into the 11th game, the AAC includes three nine-win squads and six seven-win teams.

In the offseason, Fritz is likely to bring in several graduate transfers to bolster his roster as well. He also has to find McMillan’s replacement at quarterback. Is it backup Keon Howard, a transfer from Southern Miss? Is it Country Day true freshman Justin Ibieta? Or will Tulane bring in a grad transfer?

There’s one question that Fritz and his staff should not be asking themselves though.

Yes, the Green Wave is improving but so is the league in which they compete.