NEW ORLEANS – The Tulane University football team wrapped up its 2021 Signing Class on Wednesday. The Green Wave inked 18 players for this fall, under the direction of head coach Willie Fritz, who will begin his sixth season in Uptown.

Tulane’s signing day class was well represented across the country as the Green Wave had 10 states showcased. All 18 of the Green Wave’s signees earned three-star ratings from various recruiting sites.

Listed below is a complete breakdown of each member from the 2021 Signing Day Class.

Bryce Bohanon | WR | 5-10 | 175 | Fr. | Conway, Ark. | Conway
Prior to Tulane: Rated as a three-star prospect by 247Sports.com…Ranked as the 16th -best wide receiver in the state of Arkansas…Closed his career with over 1,000 yards receiving and 11 career touchdowns in three seasons on the varsity team…In his junior season, he recorded 746 receiving yards and 281 rushing and scored nine touchcowns en route to earning all-state honors. Prior to his senior season, he as selected to the 501 Football Team – a team that consists of 24 players representing 11 counties in Arkansas… Helped guide Conway High School to a 9-4 record as a senior…Also exceled in track and field as a relay sprinter…Posted a 20’3” long and a 43’1” triple jump.

Jadon Canady | DB | 5-11 | 175 | Fr. | Jacksonville, Fla. | Sandalwood
Prior to Tulane: Received a three-star rating from 247Sports.com…Rated as one of the nation’s Top 150 cornerbacks…Earned a Top 150 rating in the state of Florida regardless of position…Had a breakout senior season, as he collected nine interceptions in nine games…His nine interceptions were the most of any defensive back in the state of Florida…Also saw action on offense, as he caught six touchdowns and scored three time in the return game…Possesses great speed on the track as well, earning all-state honors in his high school career…Finished fourth in the 3A state track meet in the 300-meter hurdles.

Iverson Celestine | RB | 5-10 | 195 | Fr. | Mandeville, La. | Fontainebleau
Prior to Tulane: Rated a three-star prospect by 247Sports.com and Rivals.com…Ranked as the 28th best player in the state by 247Sports.com and the 35th by Rivals.com…Finished his four years at Fountainbleau High School as the Bulldogs’ all-time leading rusher with 4,171 career rushing yards…Totaled 47 carries for 246 yards and three touchdowns to close out his senior season.

Elijah Champaigne | DL | 6-3 | 265 | Fr. | Tomball, Texas | Tomball Memorial
Prior to Tulane: Three-year varsity starter…Rated a three-star recruit by 247sports and a two-star recruit by Rivals…Had a breakout senior campaign, as he was named all-conference, all-district and all-state…Named a 2019 Texas Sports Writers Association Class 6A All-State Honorable Mention as a junior…Finished his career with 138 tackles, 28 tackles for loss and 20 sacks…Helped guide Tomball Memorial to a 24-9 record, two conference championships, two district titles and two trips to the state playoffs…Picked to the 2019 All-VYPE Houston Football Defensive First Team…Chose Tulane over offers from Colorado, Navy, Air Force, Wyoming, New Mexico, UTEP and Texas State among others.

Keith Cooper Jr. | LB | 6-4 | 230 | Fr. | Dickinson, Texas | Dickinson
Prior to Tulane: Rated as a three-star prospect by 247Sports.com and Rivals.com…Was a two-sport athlete in football and basketball at Dickinson High School…Rated as the nation’s 47th-best weak side defensive end…Ranked among the Top 150 prospects in the state of Texas…Had offers from over 25 schools across the country…Following his junior season, he was named as a 2019 First Team All-District Selection at outside linebacker.

Devean Deal | TE | 6-3 | 230 | Fr. | Garland, Texas | Naaman Forest
Prior to Tulane: Consensus three-star prospect by ESPN, Rivals and 247Sports.com…Rated as the No. 55-ranked tight end in the state of Texas by ESPN.com…Ranked as a Top 250 prospect regardless of position in Texas…Rated as the fourth-best tight end in the Dallas Morning News SportsDayHS Top 100…Finished his high school career with over 1200 career receiving yards and 15 total touchdowns…Posted a single-season career high seven touchdowns in his sophomore campaign…Chose Tulane over 17 other schools, including Northwestern and Syracuse…Helped guide Naaman Forest High School to a 6-1 record in district play.

Bailey Despanie | CB | 6-2 | 175 | Fr. | Lafayette, La. | Carencro
Prior to Tulane: Rated a three-star recruit by 247sports…Attends Carencro High School in Lafayette, Louisiana and plays for coach Tony Courville…Helped Carencro reach the Class 4A state championship with a 10-1 record as a senior in 2020…Enjoyed a breakout junior season in 2019 where he earned 4A First Team All-State honors…Named District 5-Class 4A MVP and an all-defensive first-team choice by the Lafayette Daily Advertiser as a junior…Helped the Golden Bears reach the Class 4A state quarterfinals…Chose Tulane over offers from Kansas, FAU, ULL, and South Alabama among others…Also competed for the basketball and track and field teams at Carencro…Chosen as an Honorable Mention to the 2020 LSWA Class 4A All-State Boys’ Basketball Team…Goes by the nickname “Slim.”

Mandel Eugene Jr. | LB | 6-1 | 205 | Fr. | LaPlace, La. | St. Charles Catholic
Prior to Tulane: Rated a three-star recruit by 247sports…Attends St. Charles Catholic High School in LaPlace, Louisiana and plays for coach Frank Monica…Helped the Comets earn the No. 2 seed and reach the Division III-Class 2A state championship game with a 7-2 record as a senior in 2020…Through his junior year in 2019, he totaled 235 tackles, 50 tackles for loss, 20 sacks, 15 forced fumbles, and ten interceptions…Earned Division III All-District, Class 2A All-State, and Defensive MVP honors as a junior in 2019…Racked up 92 tackles, including 13 for loss, and three blocked kicks in helping SCC reach the Division III state championship game as a junior…His father, Mandel Sr., was a standout running back at East St. John High School in the early 1990s. 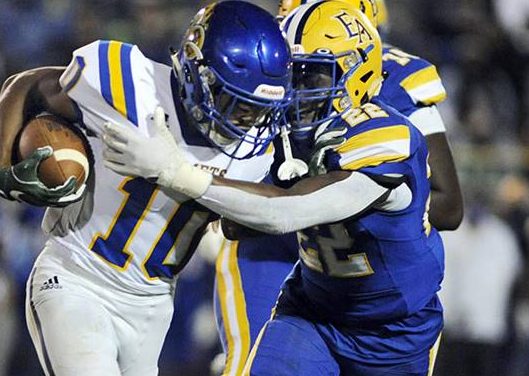 Eugene played as a hybrid linebacker and defensive back for coach Frank Monica and helped the Comets earn the No. 2 seed and reach the Division II state championship game as a senior in 2020.

Kai Horton | QB | 6-5 | 220 | Fr. | Carthage, Texas | Carthage
Prior to Tulane: Received a three-star rating by 247Sports.com…Rated as the 27th-best pro style quarterback in the nation by 247Sports.com…Was ranked as the 127th -best prospect in the state of Texas…Widely regarded as one of the top under the radar quarterbacks…Posted a breakout junior season and led Carthage to the Texas High School 4A State Championship for the first time since 2008…During his junior campaign, he completed 61 percent of his passing attempts for 3,741 yards, 49 touchdowns and just six interceptions…As a senior, he led Carthage back to the Texas High School 4A State Championship and a second consecutive title.

T.J. Huggins | WR | 6-2 | 170 | Fr. | Miami, Fla. | Killian
Prior to Tulane: Consensus three-star prospect by ESPN, Rivals and 247Sports.com…Rated as a Top 100 prospect in the state of Florida by 247Sports.com…Posted an impressive junior season at Miami Killian High School, as he caught 20 passes for 472 yards and five touchdowns…Averaged 23.6 yards per catch…A highly recruited prospect that had offers from over 20 schools…Equally impressive in the classroom, as he posted a 3.2 grade point average.

Michael Lunz | DL | 6-3 | 235 | Fr. | Radcliff, Ky. | North Hardin
Prior to Tulane: Rated a three-star prospect by 247Sports.com and Rivals.com…Ranked the eighth best player in the state by 247Sports.com…Named a First Team All-District selection after his senior season…Helped North Hardin High School to a 10-2 record in 2020, going 4-0 in district play.

Jeff Nwankwo | WR | 6-6 | 200 | Fr. | Oklahoma City, Okla. | Putnam City North
Prior to Tulane: Earned a two-star rating from Rivals.com…Played just one season of high school football, but shined during that one year, earning all-conference, all-district and all-state honors…Helped guide Putanam City North High School to an 8-2 record, a conference title, a district title and an appearance in the state playoff…Finished his senior season with 242 yards receiving and four touchdowns…Caught 21 passes and averaged 11.5 yards per catch…Also an accomplished basketball player, earning all-district honors following the 2019 and 2020 seasons.

Parker Peterson | DL | 6-6 | 245 | Fr. | Nashville, Tenn. | Father Ryan
Prior to Tulane: Received a three-star composite rating from 247Sports.com…Rated as the 41st-best player in the state of Tennessee by 247Sports.com…Ranked as the 99th-best defensive end…Helped guide Father Ryan high to five wins this past fall and a No. 25 state ranking…Also competed in wrestling and was one of the top performers in the state of Tennessee, as he was a two-time Tennessee state finalist.

Kolby Phillips | DB | 6-1 | 175 | Fr. | Nashville, Tenn. | Hillsboro
Prior to Tulane: Rated a three-star prospect by 247Sports.com and Rivals.com…Ranked as the 36th best player in the state by 247Sports.com and the 39th by Rivals.com…Totaled seven interceptions in 2019, his first season on the football team…Helped Hillsboro High School to a 5-6 overall record as a junior, going 3-2 in Region 6-5A.

Corey Platt Jr. | LB | 6-1 | 200 | Fr. | Little Rock, Ark. | Little Rock Christian
Prior to Tulane: Received a three-star rating from ESPN.com and 247Sports.com…Ranked as the 10th -best prospect in the state of Arkansas…Helped guide Little Rock Christian Academy to its third straight Class 5A state championship game this past fall…Starred on both sides of the ball as a senior as he accounted for 24 touchdowns on offense, including 14 receiving and 10 rushing scores…Defensively he totaled 71 tackles, including three tackles for loss and four interceptions, three forced forced fumbles…As a junior he totaled 154 tackles, 10 tackles for loss and four sacks…Helped guide Little Rock Christian Academy to the state championship as a sophomore.

Hayden Shook | OL | 6-4 | 300 | So. | Starkville, Miss. | Germantown
Prior to Tulane: Rated a three-star recruit and the No. 3 JUCO guard by 247sports in the 2021 class…A native of Starkville, Miss., he attended Mississippi Gulf Coast Community College for two seasons… Helped the Bulldogs go 12-0 and win the 2019 MACCC Championship before reaching the 2020 title game…Attended Germantown High School under coach Tom Shramek in his home state…Selected to play in the 2018 Bernard Blackwell All-Star Game…Chose Tulane over offers from South Alabama and UAB among others. 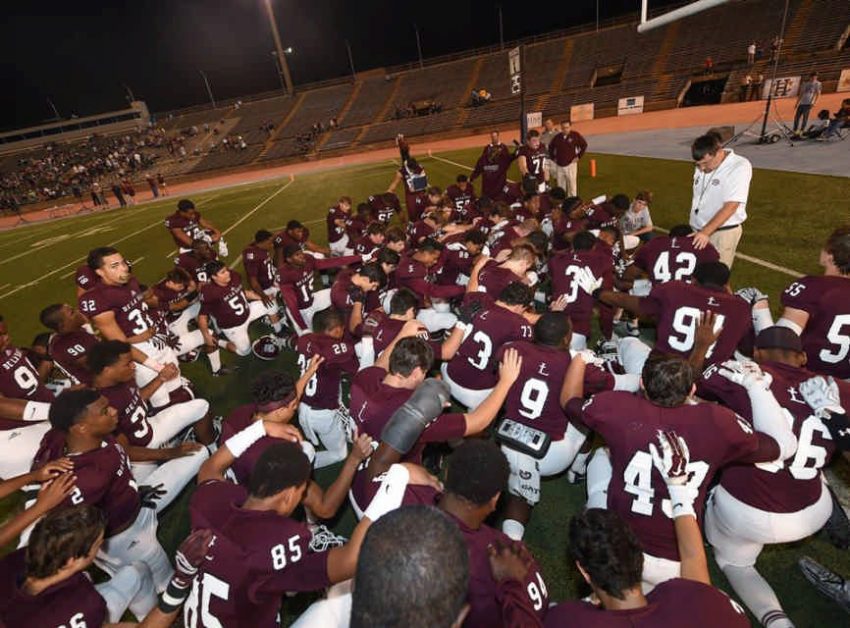 Pair of versatile Cavaliers defenders ink with the Green Wave.