NEW ORLEANS – Tulane was an easy sell to Noah Taliancich.

It wasn’t quite as easy to Adonis Friloux.

Taliancich is from Destrehan and Friloux is from Hahnville. Both are three-star recruits. Both are examples of how Tulane under Fritz is incrementally becoming an attractive destination for local football products who now have a chance to stay at home and play for a winning program in one of the better conferences in the NCAA bowl subdivision.

“Tulane has always had a close place in my heart,” Taliancich said inside Yulman Stadium shortly after Fritz announced the 22-member class, “but there’s more incentive to come now that we’ve started winning.”

Taliancich knows the history of Tulane football better than most recruits. He comes from a Tulane family that includes a pair of Tulane graduates – his maternal grandfather and his stepmother’s grandfather, who was a ticket seller at old Tulane Stadium.

“It’s huge,” Taliancich said of him becoming the first member of his family to play football for the Green Wave.

It’s even bigger because Taliancich is arriving in the early days of what could be a golden era of Green Wave football.

Tulane has had a winning record each of the last two seasons, which hadn’t happened since 1997-98. Tulane has been playing football for 126 years and the consecutive bowl victories after the 2018 and 2019 seasons produced an unprecedented parlay.

Friloux committed to Houston, a West division rival of Tulane’s in the American Athletic Conference, last summer but decommitted. He’s one of eight Green Wave signees who are enrolled and will participate in spring practice beginning Feb. 27.

“At first a lot of people were sleeping on Tulane and now that they’ve come back and won back-to-back bowl games,” Frilouz said. “That’s really big. I think all of the recruits that are coming in under coach Fritz we’re going to take the program a long way.”

Taliancich noted the increased visibility for Tulane under Fritz as Green Wave football has popped up on billboards and apparel is showing up in sporting goods stories.

“That just makes my day,” he said. “Five years ago you didn’t see that.”

Taliancich was determined to play close to home so he committed to Louisiana-Lafayette after the Ragin’ Cajuns were the only Louisiana school to offer him a scholarhip.

“When coach Fritz called me everything changed,” Taliancich said. “It was the easiest decision of my life.”

Choosing Tulane is getting easier and easier for in-state recruits as well as out-of-state recruits. This class includes players from nine states.

Linebacker Jesus Machado is an early enrollee from the Miami area.

“I saw that they were growing and I knew I could be a big part of that,” Machado said. “This recruiting class can help them grow more.”

Next, all eyes will be on the quarterback position where former USM quarterback Keon Howard, the backup to Justin McMillan last season, and true freshmen Michael Pratt from Boca Raton, Fla., and Justin Ibieta of Country Day will battle it out.

Fritz said he expects to have the depth chart at quarterback figured out by the end of spring practice. 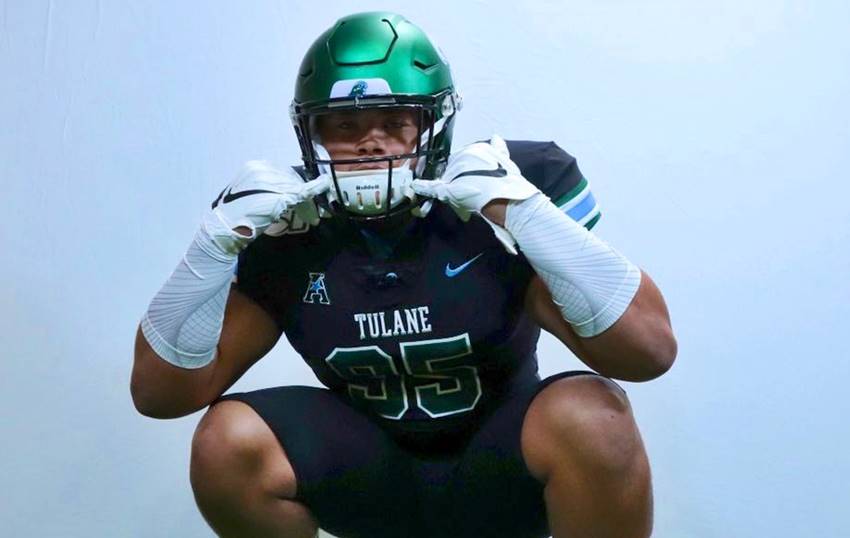