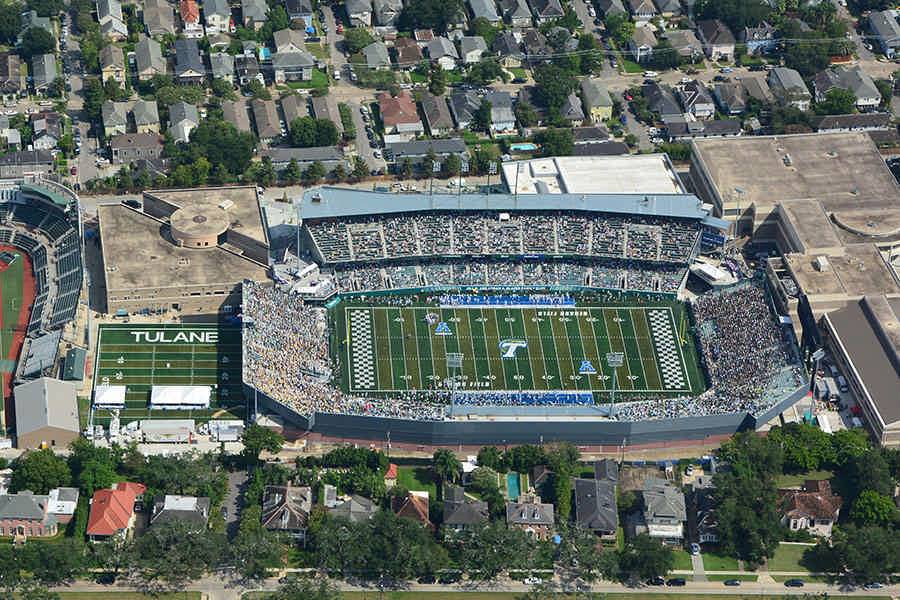 Green Wave Athletics has administrated over 9,000 COVID tests to student-athletes, coaches and staff

NEW ORLEANS – Four months into one of the most unique seasons in Tulane Athletics history, the Green Wave continue to move forward.

Although things may not be completely back to normal, there are plenty of reasons to believe that better days are not too far away.

This week, Tulane Athletics released its official testing results over the past four months.

“Our personal responsibility to protect the health of others is equally important to our responsibility to protect our own health,” Tulane Director of Athletics Troy Dannen said. “While our numbers reflect a very positive environment, currently, our diligence in addressing COVID-19 must remain high. As we know, once the virus finds its path of introduction into a department or program, it is difficult to contain the spread.”

Over the course of the last 30 days, the department has seen a positivity rate of 0.5 percent. Tulane currently has two active cases.

“A big part of the department’s success has really centered around the commitment from everyone involved in athletics,” Tulane team physician Dr. Greg Stewart said. “We can test as much as we want, but if our student-athletes, coaches and staff members are not following the proper guidelines, we simply would not have been able to compete this fall.”

In addition to the athletic department’s timely testing results through its partnership with the Tulane Center for Sport, Green Wave departmental members have received strong advice from some of the top medical professionals to help stop the spread of the virus.

“I just can’t say enough great things about the way our department has approached this pandemic from a safety perspective,” Tulane football head coach Willie Fritz said. “This is a different time and everyone has had to adapt to keep our student-athletes, coaches and staff as safe as possible. I think the education that our players have received from some of the nation’s top medical professionals has really helped drive home the importance of wearing your mask and social distancing.”