Tulane athletic director Troy Dannen learned a lot about his program’s past over the last 14 days.

Two weeks ago, the university honored former head football  coach and athletic director Mack Brown, who will be inducted into the College Football Hall of Fame in December. Last weekend, it welcomed back the 1998 football team on the 20th anniversary of their unbeaten season and witnessed many players seeing each other for the first time since the Liberty Bowl. 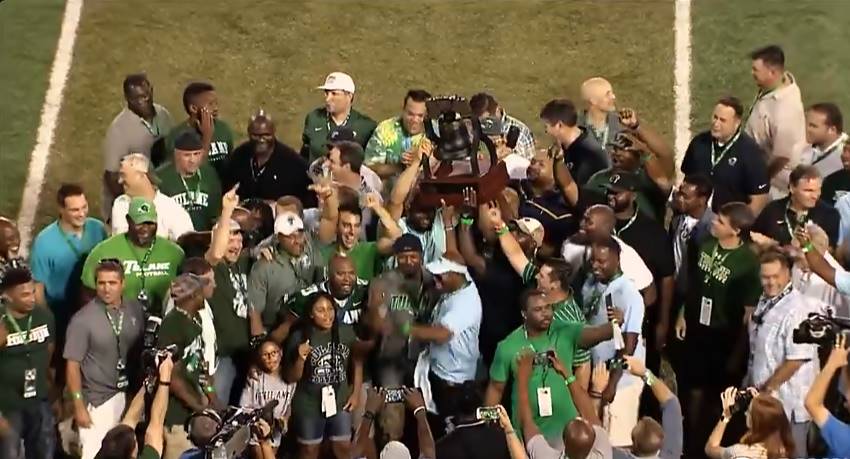 “(Brown) not been back to campus since he left,” Dannen said Tuesday at the Greater New Orleans Sports Foundation Quarterback Club presented by Home Bank at Rock ‘n’ Bowl. “We went out to dinner with eight of his guys who were in town. When he walked out the door, it’s a reminder that this is what coaching is all about.

“Coaches should be defined about what their guys are like 20 years from now, 30 years  from now. The thing that lasts are the relationships. It’s something really, really special.”

Tulane is 1-1 after splitting its opening home stand, losing to Wake Forest 23-17 in overtime on Aug. 30 and defeating Nicholls 42-17 on Saturday. 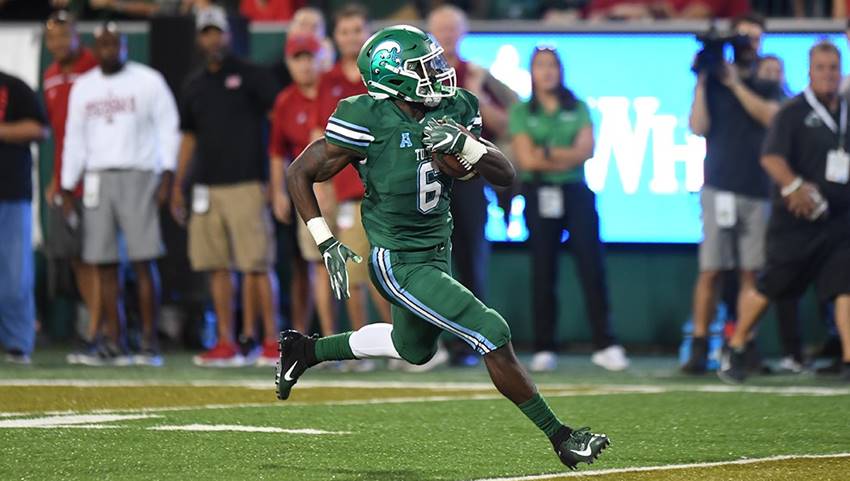 On a night when the Green Wave's undefeated 1998 team celebrated its 20th anniversary, the current version of the offense produced some big plays like Tulane fans saw on a regular basis back then.

“Chase Fourcade, we couldn’t tackle him,” said Dannen, who like his head coach, Willie Fritz, has extensive experience at FCS schools. “And we’ve got a lot of guys who can tackle.

“That was a really good team. (Fritz and I) talked to each other afterwards and that’s as good an FCS program as there is in the country.”

The Green Wave meets UAB Saturday at noon at Legion Field, a game which opens a key stretch of the schedule that will likely determine whether Fritz’s team goes bowling in December.

Dannen went through the stretch: “At Ohio State in Urban Meyer’s return. Memphis (Tulane’s next home game on Sept. 28) is a huge game for us. The following week, we go to Cincinnati. This stretch – UAB and then the next three games – is going to determine our path to six (wins).”

Dannen and his staff have faced a challenge in marketing the program, because of the limited number of alumni in the New Orleans area. Currently, the states of New York, Texas, Illinois and California have more Tulane students than Louisiana.

“We have to market ourselves a little bit differently, and we’ve started that,” Dannen said. “We rolled some prices back this year.”

As to Tulane hosting more high school football games in the future at Yulman Stadium, Dannen said the current agreement calls for only one major event per week – either a Tulane or high school game. “I’m begging for that to be revisited,” Dannen said. “Whether that’s going to happen or not, I don’t know.”

Tulane is almost full on its non-conference football schedule for the next decade. Oklahoma, Ole Miss, Mississippi State, Kansas State and Northwestern are all coming to New Orleans in the future.

“It’s easy to schedule because everybody’s fan base wants to come to New Orleans,” Dannen said.