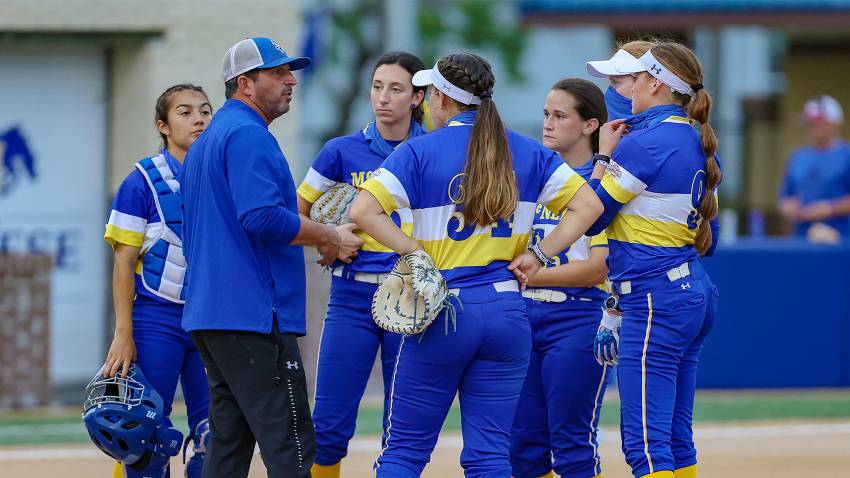 FRISCO, Texas – Central Arkansas sophomore outfielder Jenna Wildeman is the 2021 Southland Conference Softball Student-Athlete of the Year, the league announced Tuesday. The announcement comes along with the release of the academic all-conference teams. All yearly awards are presented by GEICO.

Wildeman was tabbed with the Student-Athlete honor after claiming the 2021 Southland Freshman of the Year award. The NCAA leader in stolen bases (56) was a key member of the Bears 37-19 season, with a 21-6 conference mark and the No. 2 seed at the Southland Conference Tournament. Wildeman set the school record with that stolen bases total and led her team with a .390 batting average, 69 hits and 43 runs scored. The Bentonville, Ark., native completed her sophomore year academically as an education major. The outfielder was also named a first team all-conference selection for the Bears and was listed among the NFCA’s Top-30 Freshmen of the Year.

In total, 10 institutions were represented among the 2021 Southland Academic All-Conference teams with McNeese leading the way with five selections. Central Arkansas, Houston Baptist and Stephen F. Austin came in next with four selections apiece, while Northwestern State accounted for three honorees each. Sam Houston nabbed two spots, and Abilene Christian, UIW, Nicholls and Southeastern Louisiana rounded out the rosters with one representative each.

Ten members of the All-Academic first and second teams have compiled perfect 4.0 GPAs. Eleven members of the Southland All-Conference Team were automatic qualifiers to the all-academic first team, with McNeese sophomore Whitney Tate earning the most votes to secure her spot on the first team. There were eight repeat selections among the first and second teams, including Sam Houston grad student Megan McDonald on the first team and Northwestern State senior Kaitlyn St. Clair, who were three-time honorees.

The All-Academic teams are voted on by head coaches, sports information directors and academic/compliance staff members from each Southland Conference institution. Student-athletes must possess a 3.0 cumulative GPA, have completed one full academic year at the nominating institution to qualify for All-Academic selection, and have competed in at least 50 percent of their team’s contests on the season, excluding pitchers.

The Southland Conference awards committee, which consists of one administrator from each of the 13 member schools, votes for the Student-Athlete of the Year. The Southland Student-Athlete of the Year award is presented to one student-athlete who achieves excellence in both academics and athletics. All nominees must have earned at least a 3.2 GPA on a 4.0 scale and demonstrated athletics achievement for at least two years at the nominating institution.

^ – 2021 Southland Softball Student-Athlete of the Year