Tough, talented Burrow is who we thought he was 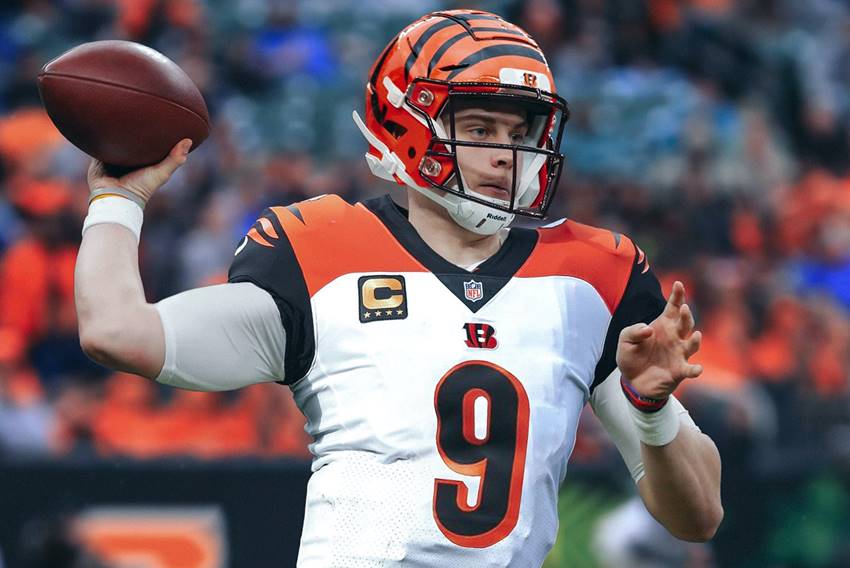 As head coach of the Arizona Cardinals in 2006, the late Dennis Green was furious following a loss to the Chicago Bears.

“The Bears were who we thought they were,” Green famously stated.

For scoffers who doubted what Joe Burrow could be on the NFL level, who questioned his arm strength, who thought he was as good as he was ever going to be at his advanced age entering the league, who felt he was a product of a system and great players around him, Burrow is giving all of you cause for pause.

It is early, way too early to coronate Burrow as the next coming of Tom Brady or Drew Brees.

Still, it is not too early to observe that Burrow is who we thought he was, a smart, calm, competitive, accurate, mobile quarterback whose skills translate well to the NFL from the college game.

In a 35-30 loss at Cleveland Thursday night, Burrow set a record for the most passes attempted by a rookie in his first two starts in the NFL with 61.

The previous record had stood for 25 years, established by Jay Schroeder in 1985 for Washington.

In fact, the 61 attempts by Burrow were the second most ever by a rookie. Chris Weinke passed 63 times in a start in 2001 for the Panthers.

Additionally, the 37 completions by Burrow were the most in a single game by a rookie quarterback. The previous record of 36 was held by Marc Bulger, Carson Wentz and Weinke.

Burrow also became the first rookie quarterback in league history to throw 60 or more passes and have no interceptions and he is just the 10th quarterback ever to do so in an NFL game.

Burrow finished 37-of-61 for 316 yards and three touchdowns, the first three of his career.

Burrow is the ultimate competitor, with a burning desire to win.

“Just losing. Losing isn’t very fun. This may be the first time in my sporting career I’ve lost two games in a row. Losing is unacceptable. That’s just not something in my mindset. We’ll never adjust to losing. We’ll never accept losing. We just have to get it right.”

Baker Mayfield, who led the Browns to victory, heaped high praise on Burrow as well.

“The hype is real with Joe,” Mayfield said. “Obviously, that team loves him. They follow him and he leads them.”

Cleveland head coach Kevin Stefanski did not hold back about Burrow.

“Joe Burrow is really a good football player,” Stefanski said. “He is a gamer. He is always coming at you, making plays with his feet and throwing the ball. I am very impressed with that young man.”

Browns defensive end Myles Garrett, who had a strip sack of Burrow to set up a Cleveland score, was also impressed.

“The guy is tough,” Garrett said. “He took some shots and got back up. He kept his eyes downfield and he wasn’t worried about the rush. That’s better than some veteran quarterbacks. I’m impressed with the young fellow.”

Bruce Feldman of FS1 gave Burrow his props on Twitter.

“Convinced Joe Burrow’s gonna be great for the Bengals and elevating that franchise around him. Thought he was impressive tonight…He threw the ball 61 times tonight. Never threw it more than 49 times in a game in college.”

Based on the look of the Cincinnati offensive line and the Bengals defense, it will be a long season for Burrow.

Cleveland is talented. Pittsburgh is good. Baltimore is elite. The Bengals will be hard-pressed to win a game in the AFC North.

The Bengals cannot block and they cannot tackle. That is a bad combination.

Add to that a serious injury to prime target in tight end C.J. Uzomah and the task for Burrow will become even more daunting. Uzomah tore his right Achilles and is out for the season.

Cincinnati receivers had a tough time uncovering down field. Of course, Burrow would not have had time to find them, anyway.

Burrow was sacked three times and only his superb ability to escape pressure by stepping up, rolling out or stepping up and running the ball successfully prevented him being sacked many more times.

Burrow was hit seven times by Cleveland pass rushers and on the seven other occasions when he ran the ball. Over the course of a season, those hits will take their toll.

Keep in mind that Burrow is perhaps as well prepared as any rookie quarterback could possibly be.

Burrow is experienced. He spent five years in college and had to overcome adversity, not given a shot at Ohio State. He improved as his junior season progressed at LSU and, with the addition of Joe Brady to the offensive staff and a host of talent around him, Burrow had the best season of any quarterback in college football history.

Burrow recognizes defenses incredibly well. He made changes at the line-of-scrimmage in the game against the Browns. He made the right choices about where to go with the ball regularly. He was very accurate.

Most of all, Burrow was Joe Cool, the same nickname applied to Joe Montana. You know how that guy’s career ended up.

Burrow is unflappable. He is a leader. He has the perfect demeanor to with the necessary talent to be a good, if not exceptional NFL quarterback. Tell us something we did not know already!

No matter how good Burrow is, the Bengals have to improve virtually across the board for him to be a winner at the NFL level.

Every time I see something like what is happening in Cincinnati right now, I think of my friend Archie Manning and what he endured in New Orleans. He was pummeled into submission, due to an inept organization that failed to put talent around him.

Burrow is already a solid NFL quarterback. He will only get better. He is who we thought he was.

Now, it is all about a perennially bad organization changing its Bengal stripes to make those Bengals more like the Bengals Burrow played for a year ago.