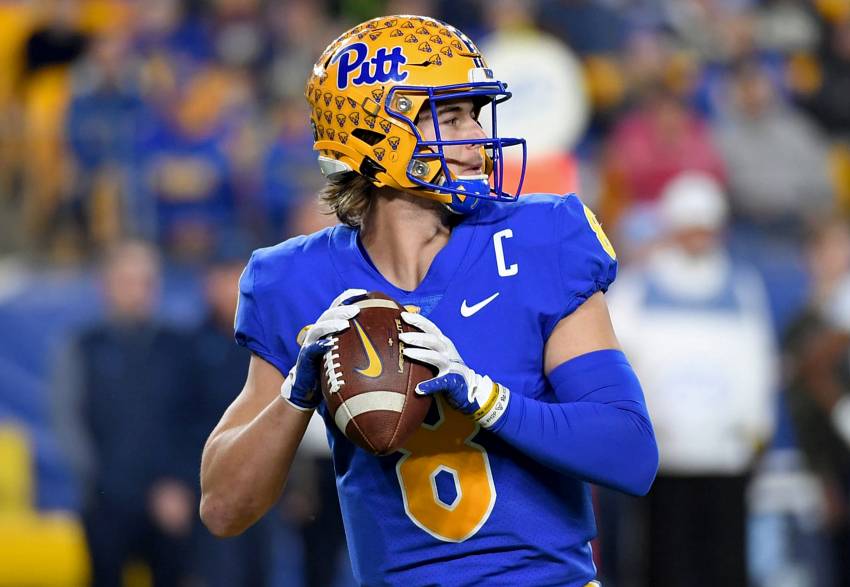 The annual Senior Bowl will be held a bit later this year with the longer NFL schedule. The game will be on February 5th in Mobile, Alabama.

The first thing you notice is that many of these prospects come from programs that are not considered traditional football powerhouses.

Ridder led the Bearcats to the College Football Playoffs. Pickett led the Panthers to the ACC title and Zappe became a single-season record holder in career passing yards and touchdowns for the Hilltoppers. In fact, Zappe had 5,967 yards passing and threw for 62 touchdowns in his only FBS season after transferring from HBU.

There are some concerns that Howell and Willis will have to overcome after their uneven 2021 seasons.

Howell was seen as a Heisman Trophy candidate for a North Carolina team that was looked at as an ACC crown contender but went 6-7. Howell threw for career lows in yards (3,056) and touchdowns (24) while also tossing a career high nine interceptions.

Willis struggled in a game against highly-ranked Ole Miss with no touchdowns and three picks. Playing for Liberty, he played against lesser college competition most weeks and didn’t always produce as expected in some of those games.

Pickett didn’t play in Pittsburgh’s bowl game against Michigan State in order to focus on draft prep. The Senior Bowl week could make or break his first round hopes.

Nevada’s strong is 6-foot-4 and 225 pounds with the length and strong arm scouts love. He threw for 36 touchdowns and eight interceptions in 2021.

In my quarterback ratings, I have Pickett as my top quarterback so I believe he ends up in Round 1. Willis is also expected to be a first rounder, and he is rated as my No. 3 quarterback. He had 24 touchdowns with 12 picks this season.

Ridder, who had 30 touchdowns and eight picks leading Cincinnati to a 13-0 record before their playoff loss to Alabama, has nice size (6-4, 225) and excellent arm strength. I expect him to be a second day pick.

Howell, a top high school recruit with a gun for an arm, is my fifth-rated QB. He can push the ball downfield and has running ability. Howell posted 36 touchdowns and eight picks in 2021.

I list Strong 6th among the QB prospects. He has a compact delivery despite he size. Strong had 36 touchdowns and eight interceptions this season.

As for Zappe, I have him 10th among the passing prospects. He could still end up drafted on the second day of the 2021 draft for a team who likes his fit and feel for ball placement with accuracy.