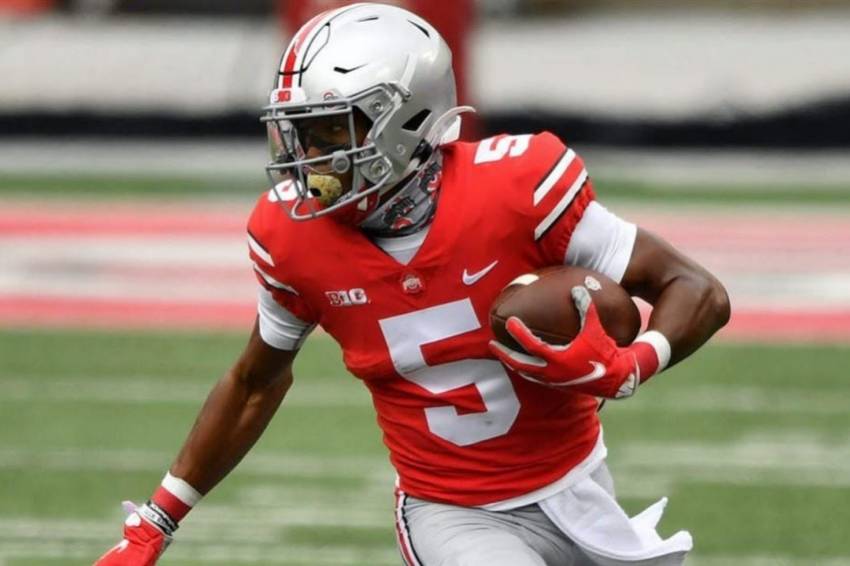 Head coach Payton thought Michael Thomas would come back from injury, but now his team is in trouble at that position.

Let’s look ahead to the best wideout prospects expected to be available next spring.

A solid route runner with speed and moves to get open, Wilson has good body control to high-point the ball. He has strong reliable hands and catches well in traffic. Very athletic, Wilson will get vertical. He does lack ideal size and could stand to be more physical.

Olave is athletic and agile. He is an elite route runner with a quick release off the line. Olave has consistent hands and  fights for contested balls. He catches the ball away from his body. The Buckeyes playmaker lacks ideal size but is a polished receiver with enough speed to make the big play. He could add more bulk to his frame and get stronger.

A huge wide receiver, Burks is a physical, big-bodied playmaker who is athletic. He has big reliable hands for good catch ability. Also a solid blocker for the run game, Burks is very fluid for a big man with run after the catch skills. He so hard to tackle in the open field. His route running needs some improvement, and his cuts could be sharper.

Big receiver who is football smart, London has the ability to beat zone coverage and find open spaces. He uses his consistent big hands will go up and make the tough catch. Obviously, he’s an ideal threat in the red-zone. Athletic for a big man, London lacks elite speed but uses his smarts and moves to beat defenders deep. He was also a solid basketball player at USC.

A fast receiver with good change of direction ability, he can beat press coverage and get off the line despite ideal size. A willing blocker, Dotson is also a threat as a punt returner. He does need some work on his route running, cuts could be sharper.

A nice sized receiver who transferred to Alabama from Ohio State, Williams is explosive with short area quickness He has run after the catch ability plus the speed to get deep to make the big play. Williams creates separation. He has a quick release off the line. although he can improve as a blocker, Williams has the tools and good upside.

An excellent route runner, he can get separation outside and in the slot. Metchie gets in and out of his breaks quickly. He has ball tracking skills and ability to haul in the catch in traffic. His run after the catch ability is good enough. Metchie had productive seasons in 2020 and 2021, the latter year having to help replaced DeVonte Smith and Jaylen Waddle. Like many young receivers, he needs to work on his blocking.

Coming back from surgery for a building disk to play in 2021 but was slowed a bit. Ross has the size and is a threat in the red–zone. He has good hands will pluck the ball out of the air with ease. Wins contested balls with his height. A good blocker for the run game as well. He lined up both wide and in the slot. He does lack elite speed.

A versatile prospect who can be used in the slot, outside, and in the backfield, Robinson gives good effort as a blocker and has a quick release off the line. A good combination of speed and power, he still needs some work on his blocking but has a lot of upside.

A big receiver who wins contested balls, Haselwood is a threat I n the red zone. He is consistently physical with reliable hands. Haselwood overcomes press coverage and gets a quick release. He tore an ACL in 2020 but came back this season. The Sooner lacks elite long speed.