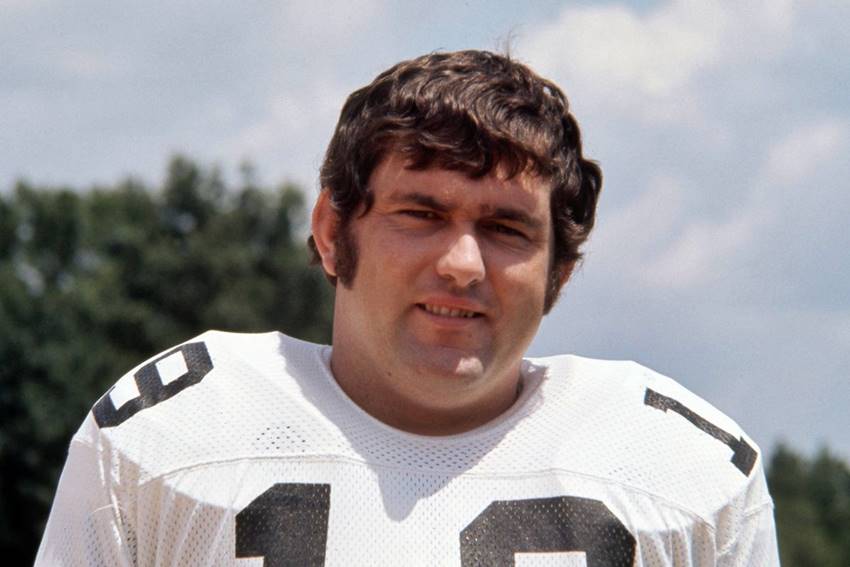 The quality of life had long since disappeared from the existence of Tom on this earth.

He was robbed of his memory, of his health, of his speech.

The quality of love expressed by his wonderful family never disappeared.

They were always there for their husband, father and grandfather.

Most recently, I detailed Tom’s story and how he arrived at this place in time. He stared adversity in the face from birth and overcame it with dogged determination.

While he battled the elements of COVID-19, the combination of the virus, age and other health issues proved to be too much of a malaise to overcome.

Tom was beloved. Everyone wanted a piece of him, his company, at some point.

At one point, my friends at Williams Blvd. Baptist Church in Kenner asked me if I could get Tom to come speak at the church, in Sunday service.

Though Tom was not Baptist, he gladly accepted the invitation.

The famous “kick” was shown on the big screens. Cheers erupted.

A familiar scene, which I have witnessed every week, nearly every day, for the last 32 years at the Saints Hall of Fame Museum, played out.

Every fan who saw it reacted.

They applauded him in church that day.

They commented on it when it aired in the museum on our “Great Moments in New Orleans Saints history” video.

Some even cheered, though it was many, many years later.

Others would always comment on “the shoe” and “the ball” he kicked the record 63-yard field goal with on November 8, 1970 to beat the Detroit Lions 19-17 on the final play of the game at Tulane Stadium.

Then, others would take pictures next to his bust.

Many would ask me to explain how anyone could question Tom and his record field goal as Tex Schramm, the president and general manager of the Dallas Cowboys, had done.

After the record field goal, Schramm immediately contended that Dempsey had an unfair advantage using the specially made shoe used for the record-setting field goal for his right foot, which had no toes.

The shoe, displayed for 32 years in the museum, is more of a small boot than a shoe. It has a small piece of metal on the front, a tiny horseshoe, if you will. Schramm equated the shoe’s design to “the head of a golf club.”

If you want to illustrate unfair, perhaps you should take a look at what Dempsey dealt with from birth until death. He lacked fingers on his hand. He had no toes. He was at a tremendous disadvantage from the start.

Schramm lost his argument as the shoe had already been approved for use by the league.

In the process, Schramm was deluged with hostile correspondences from everywhere about questioning, even what was perceived as criticism by many, of Dempsey, a man who had overcome so much to set an NFL record.

The pressure became so severe that Schramm wrote a letter of apology to a Saints fan which has been in the museum for 32 years as well. He publicly apologized to Dempsey. He was regretful.

The league eventually passed a rule in 1977 which stated specific rules regarding what a kicking shoe must conform to, saying that those without normal limbs must use a normal shoe, whatever normal means.

Tom Dempsey was anything but normal.

Tom was an avid competitor who burned to win. He got into coaching with the same passion and the automobile sales business for Tom Benson in the same fashion. He did a few high school games with me and he was prepared and emotional.

On my various radio shows and television shows, Tom would be even more emotional, passionate, opinionated.

Tom never held back about those he liked and was fiercely supportive of and of those he did not respect and was staunchly opposed to.

Whether you agreed with him or not, you respected Dempsey. He was raw. He was real. He was honest. He was trustworthy.

Hosts love someone who freely expresses his or her views without any fear of retribution.

On one radio show at Impastato’s restaurant in Metairie, I had Tom join Morten Andersen with me. Morten treated Dempsey with reverence. I never forgot the kindness of Morten. Neither did Tom. There is a unique, tremendous bond among kickers, who clearly understand each other better than anyone else. 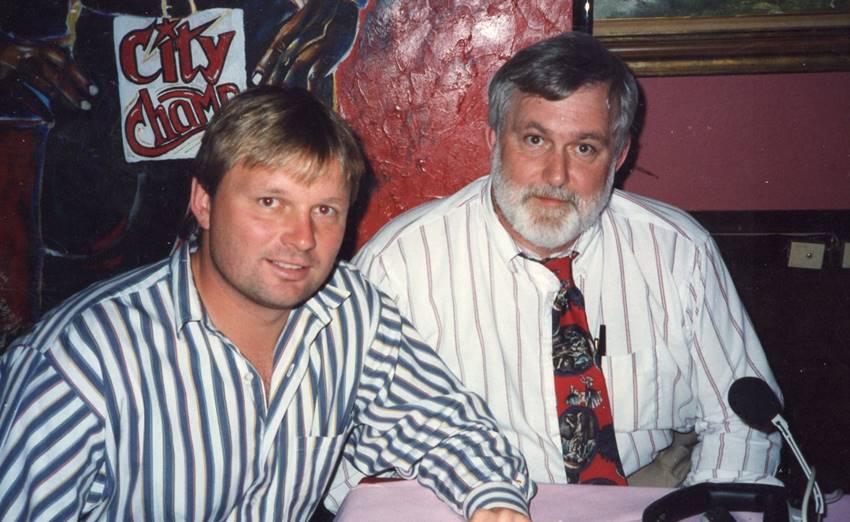 Dempsey had compassion for others. Unlike players of this century, he never did cash in on his fame. He was never in it for the money.

For that matter, he was never in it for the fame.

He accepted the adulation. He took time to answer all questions from fans and to tell stories. Incidentally, those stories never grew taller as the years went by, unlike those of many others who played the game and many in life, in general.

Tom was a general, a leader of all he surveyed and purveyed. He accepted responsibility for his words and actions and most of all, for his beloved family.

As someone who has had to make many “asks” of current and former NFL players and coaches for the balance of 35-40 years, it is a challenging, often difficult, sometimes treacherous endeavor.

Putting on a Muscular Dystrophy Bowling event for 17 years, something I took on after the death of childhood friend Calvin Atchley from the dreaded disease, I was blessed to have many answer the call.

Doing radio shows on various frequencies covering over four decades, I was fortunate to have some show up.

Hosting television shows on WHNO and Cox entities, I was relieved to have several of the “good guys” grace us with their presence.

Staging appearances and events for the Saints Hall of Fame on many fronts, it was hard to get turned down by those that great Saints fans wanted to see.

Then, you picked up the phone and called Tom Dempsey.

Tom was always there. In completely truthful fashion, I cannot recall any occasion where Tom ever turned us down.

He was always there, until he could no longer do so, and became a shadow of the man we all knew and loved.

Even his shadow was prominent, a long one casting a silhouette that was unmistakable.

There was and will only ever be one man like Tom Dempsey.

He was unique. He was special. He will never be forgotten.

Tom’s nickname given to him by teammates was “Tom The Bomb,” a reference to the sound and velocity of the football crashing off of his shoe, the sound it made and the distance it traveled.

Dempsey traveled this world in grand fashion. Let us all give thanks to Tom for the memories and for what he did in choosing to make his home in community after his playing days were over.

His record may have been broken at altitude but the record will never fade from my eyes, having seen it, and from my ears, having heard it in redundant fashion for over three decades.

Here were the words of Don Criqui on CBS.

That was special. I preferred Al Wester’s call on WWL Radio.

Dempsey went on to celebrate that evening in grand fashion, what young men do, particularly when something significant has happened in their lives.

The moment was significant in the lives of so many and remained that way for the lifetimes of so many Saints fans who have since passed on from this life as they celebrated it over and over again.

Wester, the original play-by-play voice on radio for the Saints, passed away in 2018. Wester was a great announcer. Criqui was a true professional.

Their words best describe Tom Dempsey. He was good, good, good. He was incredible. 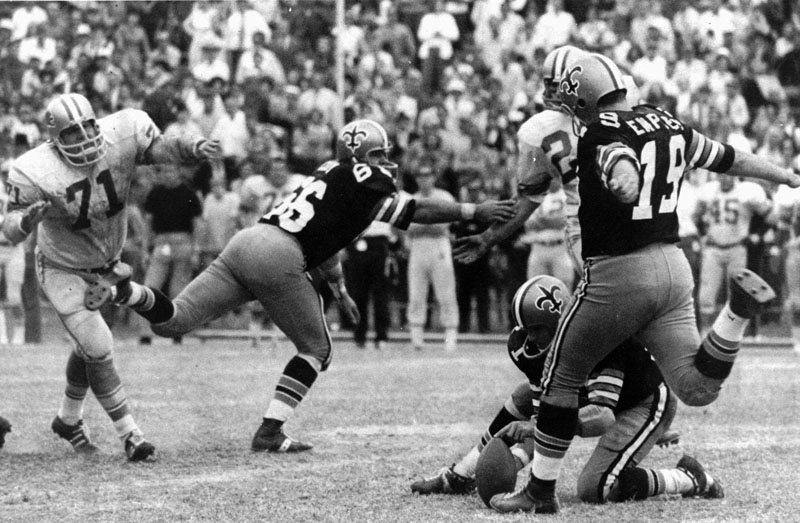 It is sobering to consider that many of the teammates Tom Dempsey had in New Orleans are no longer with us.

May God truly bless Tom, Ashley, Toby, Meghan and their three grandchildren. Their loss is felt by all in our community. It took me hours to compose myself and find these words. I hope they do him justice.

Rest in peace, my friend. You truly were The Bomb!