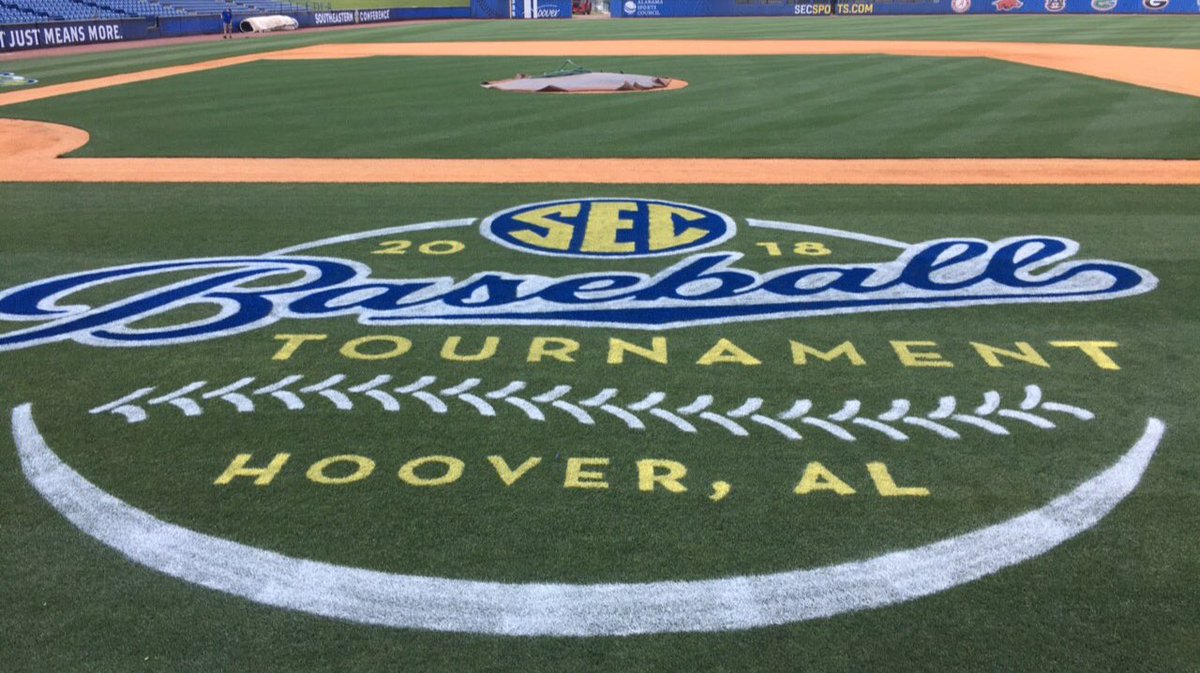 With Grambling’s 18-3 loss to Texas Southern in Sunday’s SWAC baseball championship game, one opportunity for Louisiana to land an automatic NCAA berth in baseball went by the wayside.

At least one more is guaranteed to come, however. With four Louisiana schools on one side of the bracket in this week’s Southland Conference tournament, one of them – Southeastern, Northwestern State, McNeese or Nicholls – is assured of playing for the conference title next Saturday in Sugar Land, Texas.

The survivor of the Louisiana bracket in the Southland tournament will be in a one-game battle to reach the field of 64. It’s possible LSU faces a similar scenario – just on Tuesday instead of Saturday.

After dropping two of three at Auburn, the Tigers (33-23, 15-15) bring an RPI of 44 into the Southeastern Conference tournament beginning Tuesday in Hoover, Alabama. As the No. 8 seed, LSU will meet ninth-seeded – and red hot – Mississippi State at 4:30 p.m.

Would a win over the Bulldogs be enough to clinch an at-large berth? Might the Tigers need one more win in the double-elimination part of the tournament as well? We won’t know for sure until Selection Monday.

The tournament is important because several other SEC teams besides LSU could be playing for their postseason lives – namely Kentucky, Texas A&M and Missouri.

While some will point to LSU’s break-even record in conference play as being enough to qualify for the NCAAs, all conference records are not created equal, especially since the SEC does not play a full round-robin schedule.

The four schools LSU faced from the Eastern Division finished third, fourth, sixth and seventh in the division, and the Tigers not only missed Florida and Georgia this year, but played the three worst teams in the league – Missouri, Tennessee and Alabama – among their five series at home.

Two other things that are negatives on LSU’s resume – its 4-15 record away from home and a non-conference strength of schedule ranked 102nd (though the latter isn’t totally LSU’s fault; it’s just a down year for Louisiana baseball).

While LSU probably needs one or two wins this week, the other two Louisiana schools with hopes of gaining an at-large berth – UL Lafayette and Louisiana Tech – likely need deeper runs in their conference tournaments.

The Cajuns (33-23, 18-12, 54 RPI) have the advantage of hosting the Sun Belt Conference tournament this week. To get to the finals, it would likely have to beat fellow at-large contender Troy at least once, if not twice.

The Bulldogs (38-18, 21-9, 57 RPI) are the No. 2 seed in the Conference USA tournament in Biloxi. Like the Cajuns, Tech would have to get past another at-large contender in Florida Atlantic to get to the finals. Tech and FAU did not meet in the regular season.

In an interesting coincidence, Tulane and UNO join LSU as No. 8 seeds in their conference tournaments. The Green Wave meet top-seeded Houston Tuesday at 6 p.m. in the opening round of the American Athletic Conference tournament in Clearwater, Florida, while the Privateers face top-seeded Sam Houston State Wednesday at 4 p.m. in Sugar Land.

If LSU can defeat Mississippi State, it would face the top seed as well – Florida – Wednesday at 4:30. Simply playing the Gators for the first time since last year’s College World Series championship would be a plus for the Tigers’ strength of schedule.

The other factor in determining the field of 64 is the number of potential “stolen bids” that could shrink the bubble. When LSU – and the entire state of Louisiana – missed the NCAAs in 2011, no fewer than four bids were stolen on the final weekend, including the Sun Belt, where Little Rock (then known as UALR) pulled off a surprise to win the tournament.

With as many as 14 conferences capable of sending an at-large team to the tournament, bubble teams will need to be on upset watch. More on that later in the week.