Time’s running out for LSU to fix blocking, running game with Auburn on deck

What should have been a comfortable SEC win at Mississippi State turned into a nailbiter but the 28-25 result moved LSU to 3-1 on the season.

That’s right, Finley, the LSU transfer who prepped at Ponchatoula High School, led Auburn on a game-winning 98-yard drive to steal victory from the jaws of defeat against 27.5 point underdog Georgia State.

Fourth down. Game on the line.

First-year Auburn head coach Bryan Harsin wouldn’t name Finley the starter for the LSU game yet but his starting against his former team will likely be the story of the week heading into Saturday’s 8 p.m. kickoff at Tiger Stadium.

However, LSU has many issues with which it must deal, including move introspection after another suspect outing from its offensive line.

Frankly, it’s hard to understand some of the criticism of Johnson. His offensive line is lacking, he has almost no running game and yet he’s thrown 21 touchdown passes and only four interceptions in his first six college starts.

There are a ton of head coaches in college football who would walk barefoot over hot coals for a quarterback with those numbers and a 5-1 record despite them.

LSU’s offensive line got little push in Starkville. That’s been a haunting theme.

There was one instance on a blitz when left guard Ed Ingram, listed at 320 pounds, was pushed on his back by Mississippi State linebacker Nathaniel Watson, listed at 240.

In the offseason and despite a promising commitment group expected to sign from the prep ranks, LSU will have to dip heavily into the transfer portal to beef up its offensive line.

The want ad should read something like this … physicality needed … immediate opening … call the LSU football office for details.

Mississippi State scored on three touchdown passes in the second half, two on blown coverages in the LSU secondary. A receiver broke inside on a switch route and ran by linebacker Micah Baskerville. Later, State ran a wheel route, and the back was totally uncovered on a catch-and-walk into the end zone.

For three and half quarters, LSU executed its defensive plan well, but the defense was also on the field for 35 minutes.

Auburn hasn’t won in Baton Rouge since 1999.
If Louisiana’s Tigers are to keep that streak alive, the secondary must tighten up and the LSU must find some semblance of a running game.

They have limited time left to figure out how do it. 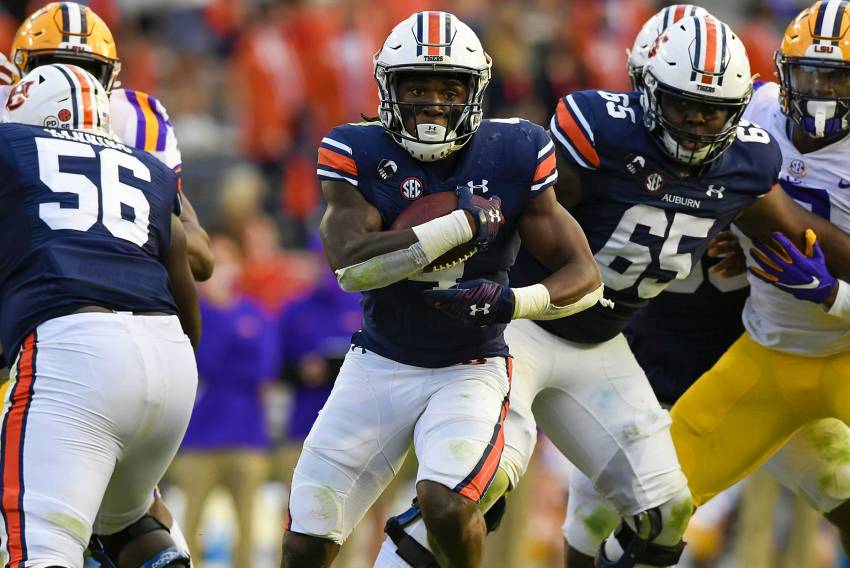 LSU faced a Mississippi State aerial attack last Saturday and employed a 3-2-6 defensive set to neutralize it. It was a smart game plan that yielded a road S