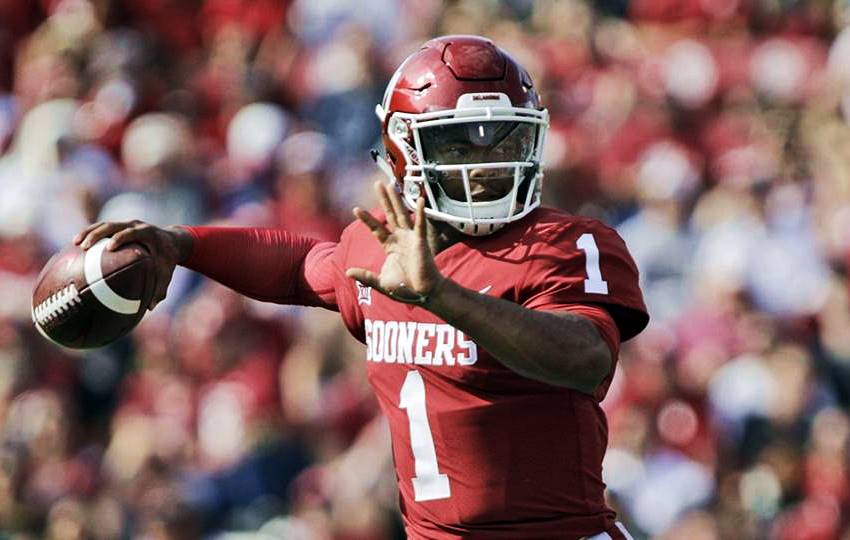 The transfer portal in college football is a relatively new concept, but players have been seeking greener pastures via the transfer route for over three-quarters of a century. Here are a few gems who used the transfer option to improve their careers. A few became Heisman Trophy winners at their new location. A few have found NFL stardom and became Super Bowl champions.

Felix “Doc” Blanchard, a St. Stanislaus (Bay St. Louis, Miss.) alum, began his collegiate career at North Carolina primarily due to the fact that Tar Heels head coach Jim Tatum was his mother’s cousin. He never played a down in Chapel Hill. He transferred to West Point where the 6-foot running back with 10 second 100-yard speed was nicknamed “Mr. Inside” will running mate, Glenn Davis as “Mr. Outside” in head coach Red Blaik’s vaunted Army rushing attack. The Black Knights went on to capture three consecutive national titles.

A three-time All American and 1945 Heisman Trophy winner, Blanchard followed in the footsteps of his father Walter who played college football at Wake Forest and the one season (1906) at Tulane.

Baker Mayfield, the first walk-on to ever win a Heisman, was named Big 12 Freshman of the Year after passing for 2,315 yards and 12 touchdowns at Texas Tech. He reportedly lost his starter’s role to Davis Webb and was not offered a scholarship, although then-Red Raiders head coach Kliff Kingsbury denies that. Mayfield found a new home with the Oklahoma Sooners where he was forced to sit out on season via the transfer rule.

Kyler Murray was the 2014 Gatorade Player of the Year and twice named Mr. Texas Player of the Year. Following a roller coaster freshman campaign at Texas A&M, he transferred to Oklahoma, sitting one season before serving as backup to Mayfield.

The 5-foot-10 Murray starred in on the baseball diamond and the gridiron. The Oakland A’s made him their first round pick (ninth overall), signing him to a $4.66 million deal. stuck with football throwing for 4,361 yards on 69% completions with 42 scores and seven interceptions. The hyper-mobile dual threat ran for 1,001 yards and 12 scores as well, winning the 2018 Heisman. He was grabbed by the Arizona Cardinals as the top overall pick in the 2019 NFL Draft.

Russell Wilson began his college football days at North Carolina State where he tossed for 8,545 yards, 76 TD’s and 26 picks from 2007 to 2010. He transferred to Wisconsin, posting 3,175 more passing yards, 33 TD’s and four interceptions. He was grabbed by Seattle Seahawks in the third round in 2012. He has been a Super Bowl champion and eight-time Pro Bowler.

J.J. Watt was a tight end at Central Michigan where he snared eight passes for 77 yards as a freshman in 2007. Head coach Butch Davis suggested he move to offensive tackle. That was the end of his career with the Chippewas. He transferred to Wisconsin, bulked up and became a terror in the Big Ten on the defensive line, tallying 44 tackles, 15.5 for losses and four sacks in 2009. The following campaign, he earned first team All American honors.

Termed a “freak athletically” with a 37-inch vertical and 34 reps on the bench press test, Watt sacrificed his senior in Madison, Wisconsin and was selected in the fifth round by the Houston Texans. What a bargain pick. Watt has been a three-time NFL Defensive Player of the Year and first team All Pro five times.

Cam Newton was the backup to Tim Tebow at Florida (2007-’08) and wanted to blaze his own path. He also experienced off the field issues. He left Gainesville and landed at Blinn College (2009), winning a NJCAA National Championship. He then transferred to Auburn.

Simply put, many still feel his 2010 season with the Tigers is the greatest single season by any player in college history. Newton led Auburn to a 14-0 mark and a National Championship, taking home the 2010 Heisman. He was selected by Carolina Panthers with the first pick in the 2011 draft. He was first team All Pro in 2015.

Troy Aikman was a Sooner QB who went the other direction to find success. Many may not realize that the current NFL TV analyst began his college football career as a Wishbone QB at Oklahoma under head coach Barry Switzer. The staff was in the process of changing the offense to fit Aikman, who started as a freshman in 1985, throwing for 422 yards and one score when he suffered a season-ending broken ankle on a tackle by Miami’s Jerome Brown on Oct. 19, 1985.

The Miami loss was the only blemish of the season for the Sooners, who handed the ball to freshman Jamelle Holieway, a natural fir in the wishbone attack. OU won the National Title in 1985.

Aikman took his act to UCLA under coach Terry Donahue for a pair of seasons where he recorded a 20-4 mark. He earned conference player of the year and first team All American honors in 1988. He was the first overall pick by the Cowboys in the 1989 NFL Draft by Jimmy Johnson and Jerry Jones. The rest is history. Aikman was third in the Heisman voting in ’88, a six-time Pro Bowler, three-time Super Bowl champion and also a Super Bowl MVP. He won the last of those world titles with Switzer as his head coach in Dallas. Aikman has been enshrined in both the Pro Football and College football Halls of Fame.

You didn’t think that I would have a list of transfers without including Joe Burrow, did you? The native of Ames, Iowa couldn’t land a starter’s role at Ohio State behind J.T. Barrett and Dwayne Haskins. He transferred to LSU where he literally blew the roof off of the college football world in the 2019 campaign, tossing for 5,671 yards on 76.3% completions with 60 touchdown passes and only six interceptions. The Tigers went 15-0 to take the national title.

Burrow won the Heisman and became the top overall NFL pick by the Cincinnati Bengals. In two seasons in the Queen City, he has thrown for 7,299 yards, 47 touchdowns and 19 interceptions. The franchise just won its first playoff game since 1991.

Since every transfer has a chance to shine in the right locale, here’s a list worth monitoring of some Louisiana connected players currently in the portal: