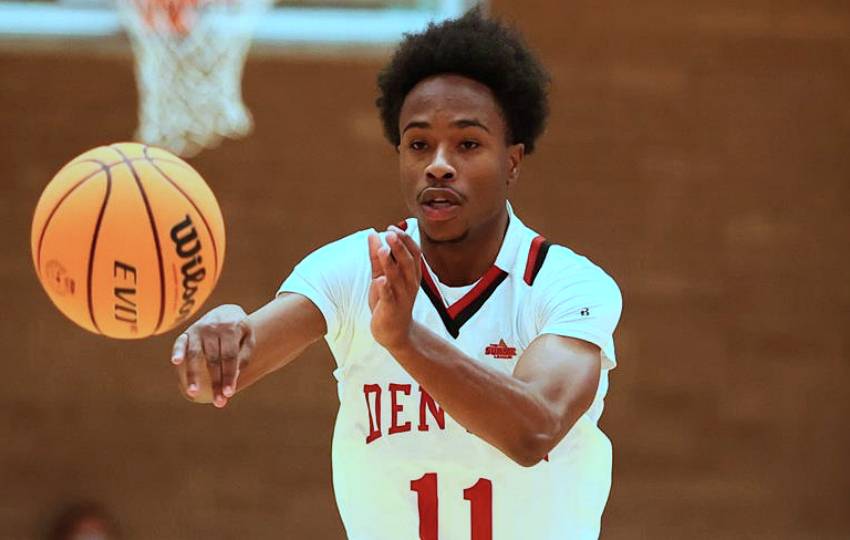 NEW ORLEANS – Denver sophomore guard Jordan Johnson will trade his Pioneer jersey for a Privateer one next season as he becomes the fourth student-athlete to join Mark Slessinger’s program ahead of the 2022-2023 season.

Johnson played in 30 games for the Pioneers last season, starting 25. He averaged 10.9 points per game while knocking down 39.2 percent of his three-point shots, 84.7 percent of his free throws, and dishing out 2.7 assists per contest. He finished the season with 19 games in double-figures and nine games with four or more assists – including two games with eight assists.

Prior to his lone season at the University of Denver Jordan spent two seasons at Hinds Community College. As a sophomore during the 2020-2021 season, he appeared in all 16 games for the Bulldogs averaging a team-best 20.8 points per game with 7.0 assists per game while shooting 45% from the floor – earning NJCAA Second Team All-American Honors.

The Memphis native prepped at Hamilton High School before his two seasons at Hinds Community College. His father Mingo played for the Memphis Tigers from 1994-1996 and currently sits fifth in three-point percentage, and eighth in career three-pointers made in a career at Memphis while making the NCAA All-Tournament Midwest Region team in 1996.

HEAD COACH MARK SLESSINGER
“Adding an accomplished guard like Jordan to our team will give us a lot of flexibility this upcoming season. Jordan can thrive as a shooter, a scorer, or a distributor and we think his skill set will fit in well with our returning group”

“Jordan comes from a fantastic basketball family, but he also was very well-coached at Hinds Community College by Yusef Fitzgerald. We know he has been fully prepared for the expectations here at UNO.”