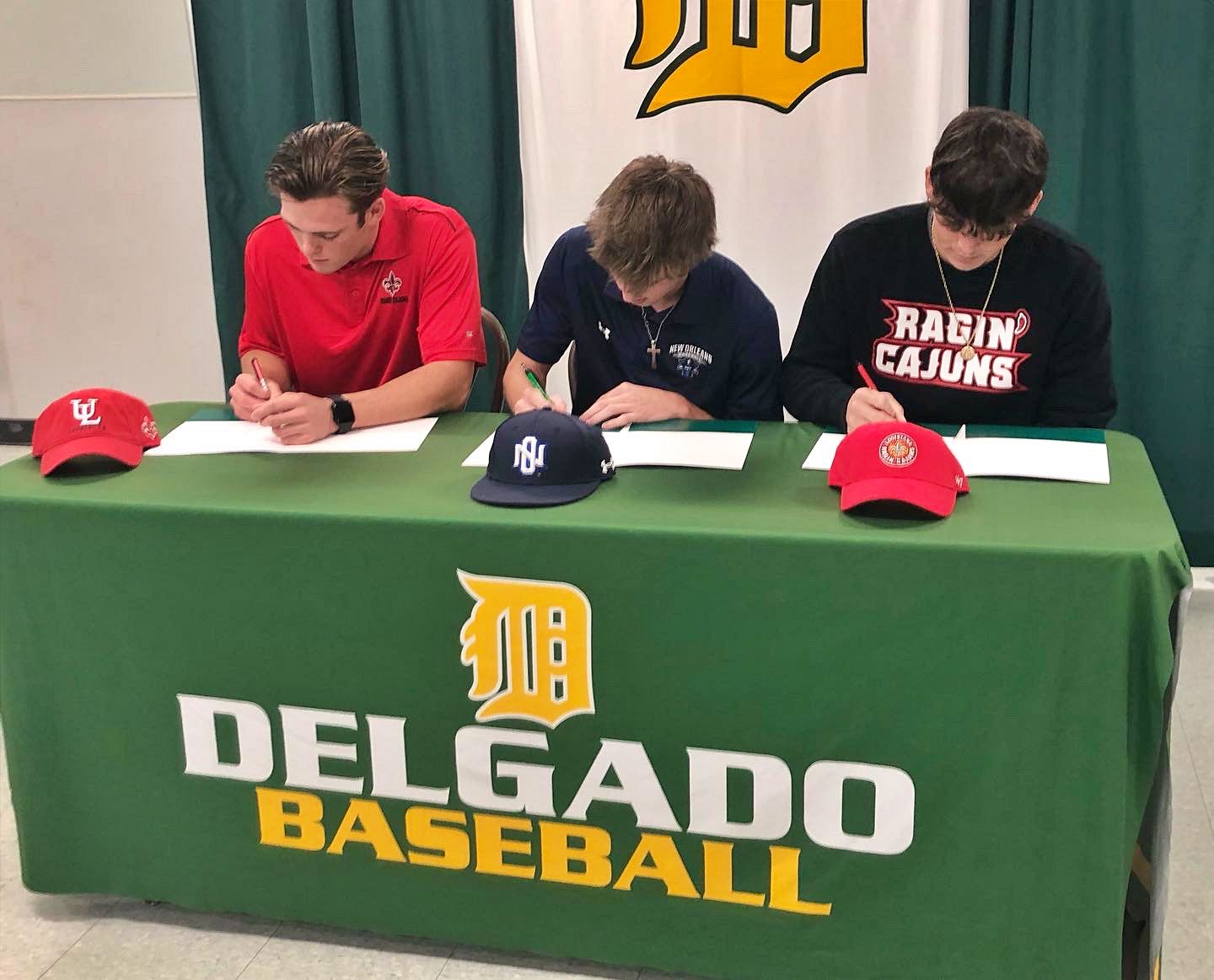 Three Delgado Baseball student-athletes have officially inked their commitments to continue their careers at the next level. Sophomores Josh Alexander, Bryan Broussard and Chris Olivier signed during a special ceremony with family and teammates on campus Wednesday.

Josh Alexander signed with the University of Louisiana-Lafayette. The sophomore outfielder batted .331 with 49 hits including nine doubles and seven homeruns last season.

Bryan Broussard signed with the University of Louisiana-Lafayette. Broussard, a sophomore outfielder, batted .333 in 50 games with 49 hits and seven doubles.

Sophomore pitcher Chris Olivier inked with the University of New Orleans. He compiled a 4-0 record on the mound in 18.1 innings in 2021 before an injury sidelined him last season.

Head Coach Joe Scheuermann shared his congratulations on behalf of the program.

“We extremely proud of these players and their commitments. UL and UNO are getting some great players and great people who continue to play a major part in our program’s successes on the field and in the classroom. We look forward to seeing what they’ll do in 2023 and into future.”

The three players will be part of Delgado’s 2023 roster before transferring to their four year programs next fall.