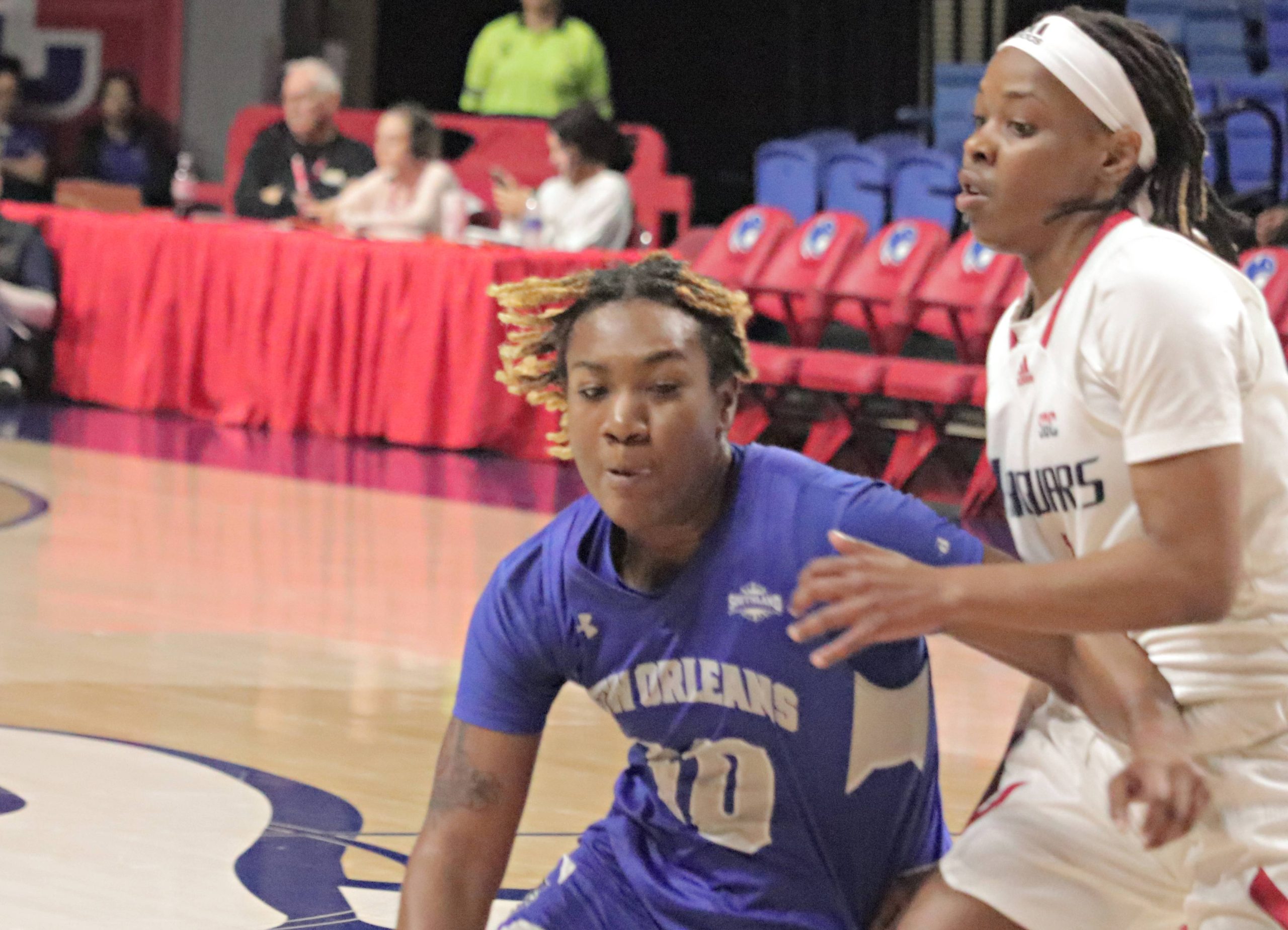 MOBILE, Ala. – Tomyree Thompson had her first double-digit scoring effort with 11 points but the New Orleans Privateers were defeated 63-53 by the South Alabama Jaguars on Tuesday night at the Mitchell Center.

INSIDE THE BOX SCORE
Thompson went 5-of-11 from the field and added a team co-leading three assists. Jomyra Mathis, Erin Randle and Zanaa Cordis all had nine points. Mathis, Cordis and Zoe Cooper co-led the squad with six rebounds each. Kyla Davis went for eight points and three steals.

DOWN THE STRETCH
South Alabama entered the final stanza trailing 45-41 but went on an 8-0 run to assume the lead which they never lost from that point. The Jaguars heated up in the final ten minutes by going 8-of-13 from the field. Defensively they forced eight Privateer turnovers.

HOW IT HAPPENED
The Privateers were kept off the board until the 1:27 mark of the first quarter as South Alabama opened with the first 10 points of the contest. New Orleans leveled things off behind seven first half points from Mathis and five more from Davis as the Privateers went to the locker room trailing 29-22.

After a cold start, New Orleans went 8-of-15 from the field in the second quarter while they held the Jaguars to just 4-of-14 from the field.

In the third quarter, New Orleans used a quick 7-0 spurt led by Thompson. The Privateers quickly tied the game at 29-29 and continued to keep the pressure up. The Privateers had 10 made field goals and entered the fourth quarter with a 45-41 advantage.

NEXT UP
The Privateers will head to Ole Miss to take on the Rebels on Dec. 1. Tip is scheduled for 11 a.m.