The case for hiring Lane Kiffin at LSU 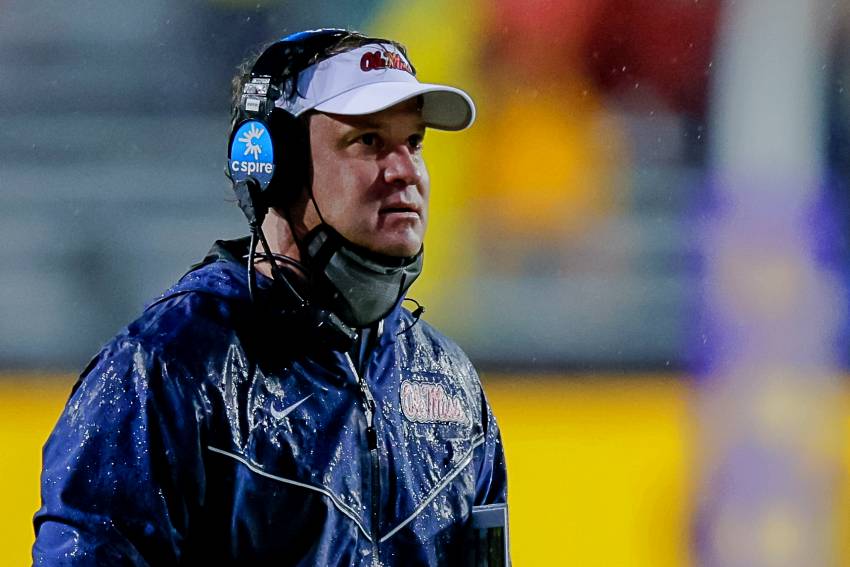 It was a tough Saturday for the LSU Tigers, who gifted Arkansas a 16-13 win in overtime.

Leading 10-3 and driving, LSU turned the football over on a direct snap to running back Ty Davis-Price.

It was a play that changed the game.

As bad as it was for LSU, it was even worse for two of the supposed high profile candidates to be the head coach at LSU.

Which brings us to the Lane Kiffin.

If I were making the hire at LSU, I would take a long look at Kiffin. Yes, he can be a very strange personality.

And yes, he can really coach.

In 10 seasons as a head coach, Kiffin has had only one losing season.

Huge favorites this week against Vanderbilt, Ole Miss will also be favored to beat Mississippi State in the Egg Bowl the following week.

That would be 10 wins at Ole Miss. That’s impressive.

Kiffin is an excellent offensive coach. His team leads the SEC and ranks third in the nation in yards per game. The Rebels also have balance, averaging 282.4 yards per game passing and another 239.8 rushing.

Defensively, Ole Miss has gone from horrible to respectable, allowing 26.2 points per game. That’s a 12-point improvement from last season.

Kiffin would help LSU recruiting tremendously. If you are an offensive player, especially a quarterback, LSU with Kiffin as the head coach, would have to be given huge consideration.

There’s no question that Kiffin is a flake. Earlier this season, before the Alabama he was asked a question by sideline reporter Jamie Erdahl.

“Get your popcorn ready.”

He then tossed the headsets and ran off.

It wasn’t a good look. He later apologized.

However, if LSU is looking at an impact hire, one that will make college football and LSU’s brethren in the SEC take notice, it is Lane Kiffin.

More importantly, the high school player in Louisiana, one that might be wavering when it comes to LSU, will know he is playing for a winner.

In his college head coaching career, he’s never had a job like LSU, where you are absolutely set up to win with facilities, fan support and the great high school football in Louisiana to recruit with no in-state power conference opposition.

Lane Kiffin is as good of a hire as Lincoln Riley or Jimbo Fisher.

And if he wins (which he will), who cares if he is different?