The best of the NBA products from New Orleans 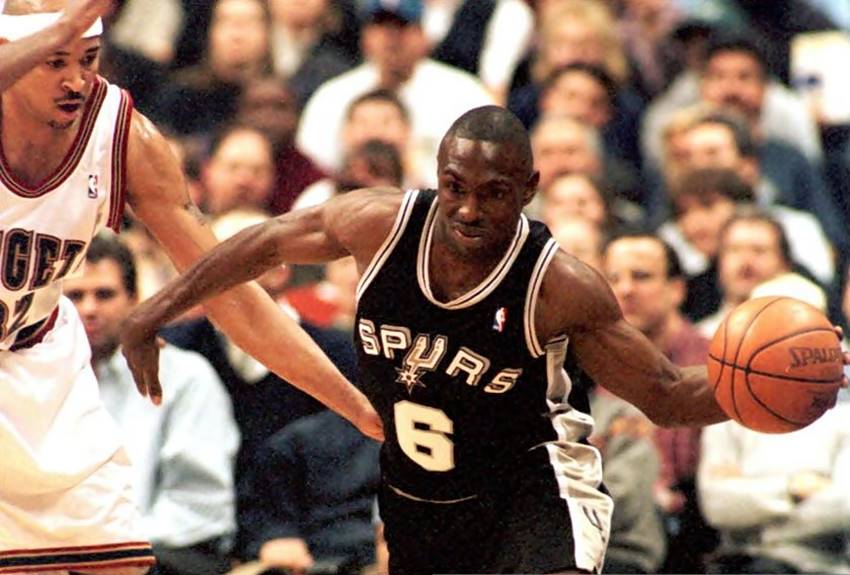 The Crescent City has a reputation for producing outstanding football players. Many have advanced to stardom, reaching the Pro Football Hall of Fame.

Lest we forget New Orleans has also turned out some stellar basketball talent.

Let’s look at a collection of players who fine tuned their exceptional skills in the high school ranks around the city before moving onto to careers at the highest level of the game.

Here are the starting five by position. These locals attained the most NBA success.

The lefty from St. Augustine was know as the Little General in his playing days. He attended community college in New Mexico (1983-’84) and then Cameron College before finally landing at Southern University where he played from 1986 to 1988 for legendary coach Ben Jobe.

His Purple Knights squad finished 35-0 with a Class 4A state title. While at Southern, he averaged 11.4 points while dishing out an eye-popping 13.3 assists per game.

Undrafted but undaunted, Johnson went onto play from 1989 to 2004 in the NBA, helping the San Antonio Spurs capture a world Championship in 1999. His jersey #6 was retired by San Antonio. During the 1995-’96 campaign, he averaged 9.6 assists per game. His career numbers are 8.4 points and 5.5 assists on 47% from field.

Johnson has also had success as a head coach in the NBA including a Coach of the Year honor. He most recently served as head coach at Alabama.

Twice All State at St. Augustine, the 6-foot-5 sharpshooter helped his ’92 Purple Knights team beat John Ehret for the Class 5A state championship. Kittles enjoyed a 66-5 record over his junior and senior seasons at St. Aug including a 22.5 points during his final season with the 1992 Louisiana Mr. Basketball honor for head coach Bernard Griffith.

Choosing Villanova following a long recruiting process, Kittles played one season for Rollie Massimino before Steve Lappas took charge. Kittles considered leaving before he returned for his sophomore season where he busted out with a 19.7 points and 6.6 rebounds per game. He finished his days with the Wildcats in ’96 as a first-team All American and Big East Player of Year. Kittles remains ‘Nova’s all time leading scorer with 2,243 points.

A first round draft choice by Nets in ’96, Kittles set a rookie franchise and NBA rookie mark for 3 pointers made at the time with 158 that season. His 40 point effort versus Milwaukee stood out that year. His 10-year NBA numbers include 14.1 points per game with 2.6 assists and 1.6 steals. He shot 43.9% from field and 37.8% from behind arc. He’d likely be an even more valuable player in the current era with his athleticism and ability to help a team space the floor.

The 6-foot-11, 250-pound Brother Martin product was born in Coral Gables, Fla. bur his family moved to New Orleans when he reached sixth grade. He attended junior high at Edna Karr but ended up helping the Crusaders capture a 1974 state crown. He finished his days on Elysian Fields with 1,326 career points.

Robey helped Kentucky win a national title in 1978 and was drafted third overall by the Pacers in ’78 NBA Draft. He also was part of an NBA title winner with the Boston Celtics in 1981.

One of of only a few players who have won a championship on all three levels, Robey played nine seasons in the NBA, averaging 7.6 points and 4.7 rebounds on 50% from field.

The Walter Cohen alum averaged 30 points per game his final season with the Hornets. An All-American at Grambling 1970-’74, he scored 2,251 points and led the nation in scoring during 1973-’74 campaign by posting 32.1 points per game.

The 10th overall pick by New Orleans Jazz in 1975 played in his hometown from 1975-’79, averaging 10.8 points and 4.1 rebounds while connecting on 42.3% of field goals. James is best remembered as a long range marksman. Radio play-by-play announcer Hot Rod Hundley aptly called out “A.J. from the parking lot” on many occasions. 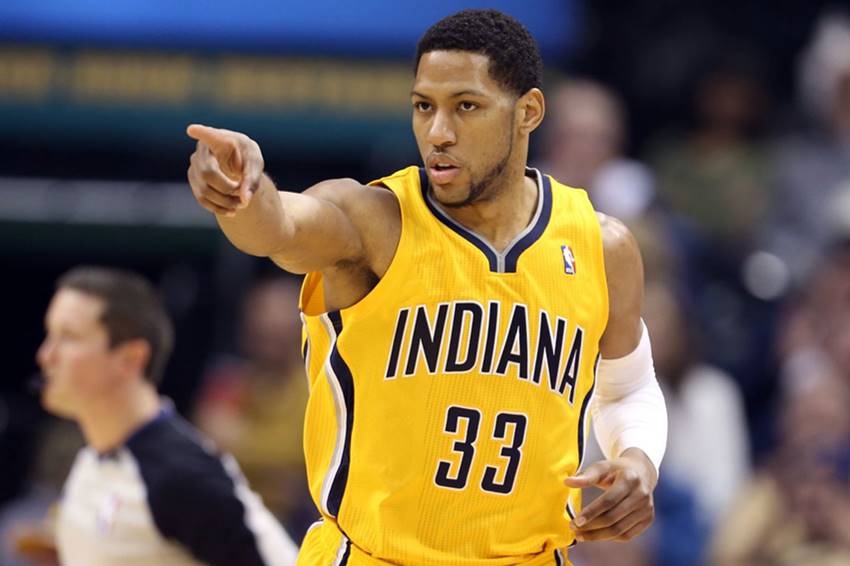 The 6-9 Grace King alum he averaged 24.3 points, 12 rebounds and 5.5 blocks as a prepster who excelled in classroom with a 30 on his ACT. He attended Bradley University before transferring to New Mexico. He was accepted to Yale but declined.

A fierce rebounder, Granger averaged nine boards per game at New Mexico. During the 2004-’05 campaign, he was the only player in the NCAA to average at least 18.8 points and 8.9 rebounds per outing.

A first round pick of the Pacers in ’05, Granger became a All-Star in ’07 before knee injury issues derailed his promising career. He also played with the Clippers and the Heat. Granger is the great nephew of the Queen of Gospel, Mahalia Jackson.

D.J. Augustin (5-11, 183) won a pair of state titles at Brother Martin before Katrina chased his family to Missouri, Texas. He signed with the Texas Longhorns (2006-’08) and won the Bob Cousy Award as a sophomore wIth the Longhorns. While at Brother Martin, he had a 41 point performance against Holy Cross and 36 point game vs. St. Aug. He is the Crusaders’ all-time scoring leader with 2,249 points in three years.

Pack signed with Portland as an undrafted free agent but is best known for his time with Denver. He finished second in the NBA Slam Dunk competition in 1994 (Minnesota’s Isaiah Rider won it). His best year was 1995-’96 season with Washington where the Pack Man posted 18.1 points per outing. 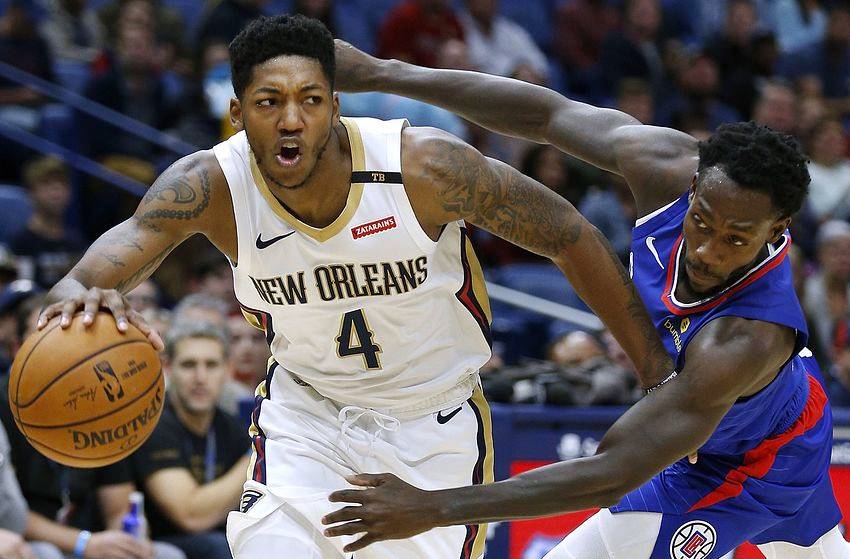 Elfrid Payton stared at John Ehret with 12.8 points, 5.2 assists and 4.1 steals per game before moving on to more success with the Ragin Cajuns of Louisiana Lafayette. In his junior season, he racked up 19.2 points, 5.9 assists and 6.0 rebounds with 2.0 steals as a do-it-all point guard. He was chosen National Defensive Player of the Year.

The former NBA lottery pick spent the 2018-’19 season with his hometown Pelicans among his six seasons in NBA to date. He has averaged 11 points and 6.6 assists on 45.2% from field.

Chris Duhon, Salmen’s Louisiana Mr. Basketball in 1999, won the McDonald’s All-Ameerican three-point shooting contest but he was far more known for his point guard skills. He helped Duke capture the 2001 National Championship and finished his college days with 123 wins and just 21 losses with three ACC titles. He was the finalist for the 2004 Wooden Award, Naismith Award and Rupp Trophy. He left Duke as the only player in ACC history to score 1,200 points and dish out at least 800 assists, 475 rebounds, 300 steals. He laos connected on 125 three-pointers.

In nine NBA seasons, Duhon averaged 6.5 points and 4.4 assists while hitting 36.2% from beyond the arc.

Eldridge Recasner went to the Pacific Northwest as graduating from Lawless to play collegiately at Washington. He was a three-time All-PAC 12 performer and three-time team captain for the Huskies.

Undrafted, he played eight NBA seasons (1995-2002), averaging 5.9 points and 1.8 steals with 42.6% from the field and 40.9% from three. While in Atlanta, Recasner once got so hot in third quarter against the legendary Chicago Bulls in a playoff game that Michael Jordan had to take on the assignment of shutting the New Orleans native down. On May 11, 1997, the Bulls pulled it out, 89-80.

Warren Perkins, or Dr. “Red” Perkins to many, spent two years in the NBA with the Tri-Cities Blackhawks as a fourth round pick in 1949. The first NBA player out of New Orleans was coached by the legendary Red Auerbach. Perkins used the money from Tri-Cities to pay for medical school. The 6-foot-3 Perkins averaged 6.1 points and 4.8 boards during that span for the “Hawks. He was all-city at Warren Easton and led Tulane to a 24-4 mark in 1947-’48, averaging 12.2 points. He was the first basketball player inducted into the Tulane Hall of Fame and served in WWII with Air Corps. 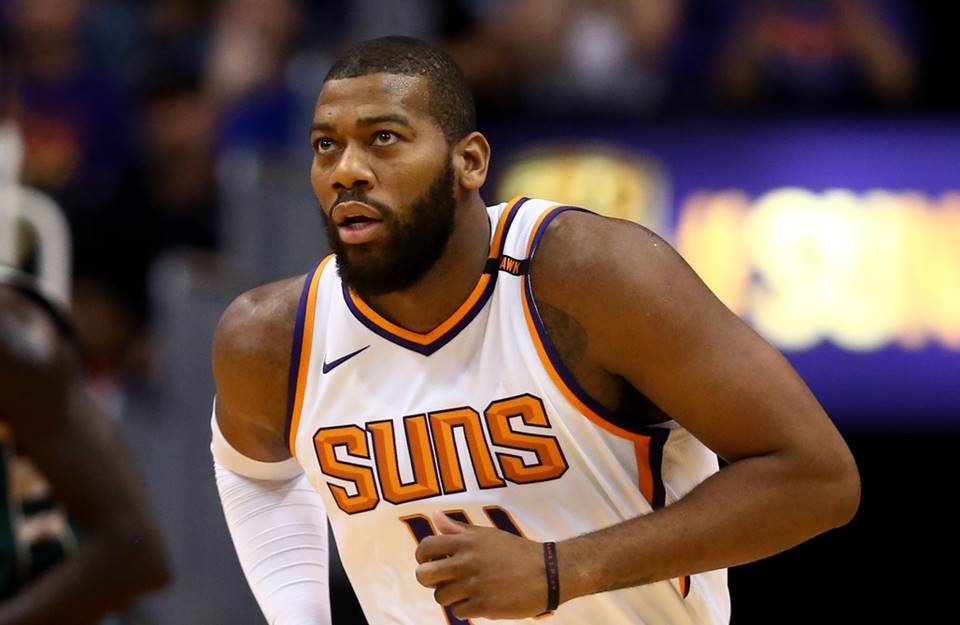 Greg Monroe was a coveted McDonald’s All American out of Helen Cox and earned Parade All America acclaim. The eighth ranked prospect in nation in 2008 averaged 21 points and 14 rebounds and earned his second Louisiana Mr. Basketball award.

Randy Livingston is a story of what might have been. Injuries took a major bite out of this 6-4 point guard’s career. He was co-high school player of year in 1992 with Jason Kidd and 1993 co-player of year with Rasheed Wallace while at Isidore Newman (where is now head coach). He played at LSU where the injuries began.

Managing to earn NBA opportunities over 11 years, Livingston was a shell of his former self but still a talented floor general who earned looks based on his ability to create for teammates.

Bruce Seals was brilliant at Booker T. Washington, earning Louisiana Player of the Year acclaim in 1971. He attended Xavier University (New Orleans) and played with the Utah Stars (ABA) for two seasons (113 games) with NBA legend Moses Malone. The 6-8 Seals also suited up with the Seattle Supersonics for three seasons (235 games), posting 8.9 points and 4.2 rebounds.

Donald Royal enjoyed great success at St. Augustine and continuously improved on the next level at Notre Dame where he posted 15.8 points and 7.0 rebounds per game as a senior. The 6-8 small forward was a third round pick of Cavs in 1987 and also spent time with the Timberwolves, Spurs, Magic, Warriors and Hornets. He played in 504 NBA contests, and his best season (1996-’97) came with Orlando where he averaged 12 points per game. His career numbers were 6.3 points on 47.3% shooting.

Gerard King (6-9, 238) was a 1990 graduate of John McDonogh and played college ball at Nicholls, where he averaged 16.7 points and 7.1 rebounds with 1,834 career points for the Colonels. His senior campaign at Nicholls was a special one as King score 21.8 points and grabbed 7.8 rebounds per game for the Southland champs. In 126 NBA games played with the Spurs and Wizards, he averaged 4.5 points and 3.1 boards. He was part of the Spurs’ 1999 NBA title team with Avery Johnson. King also played for the US national team in the 1998 FIBA World Championship, winning the bronze medal.