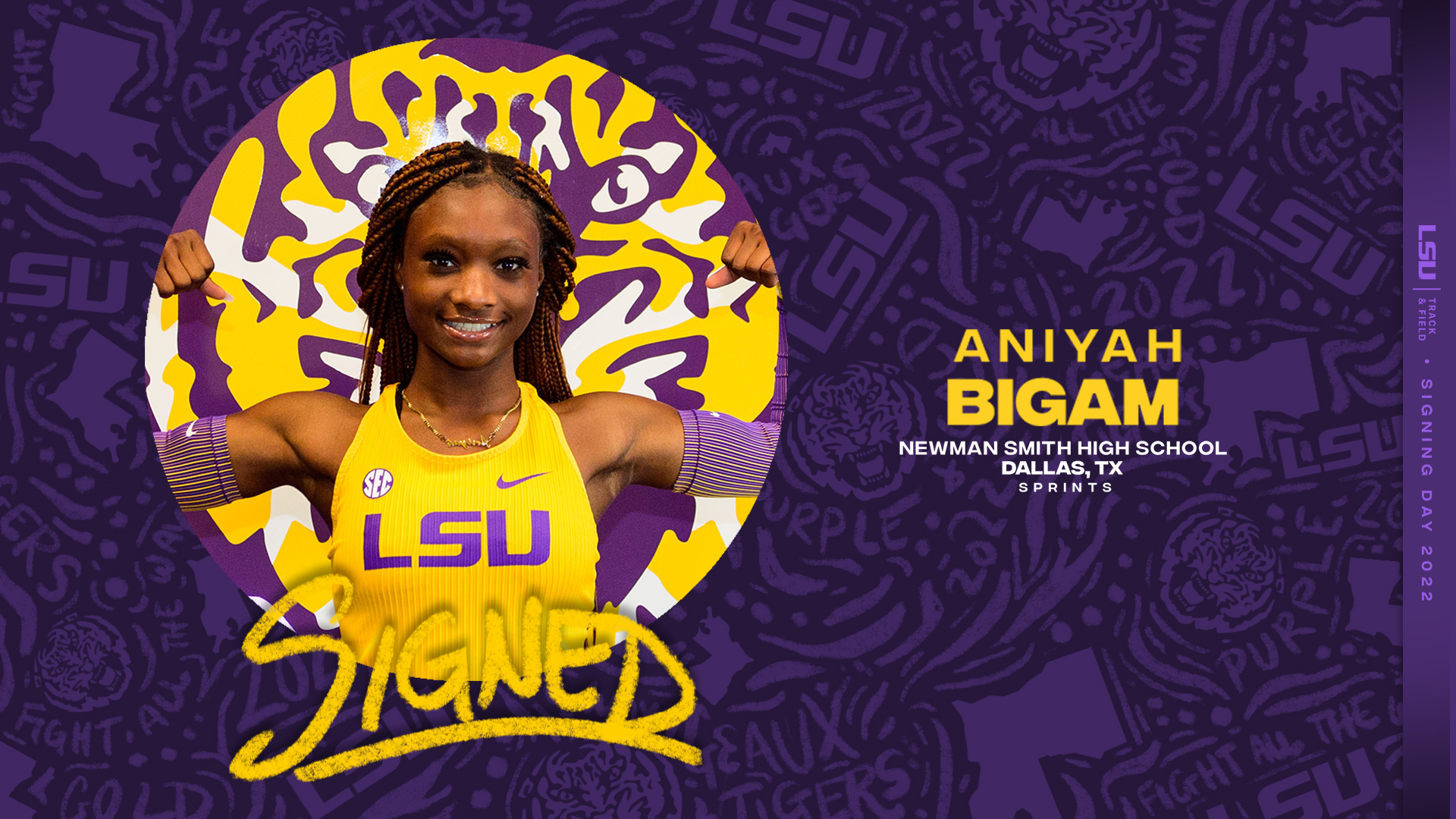 Bigam, a senior at Newman Smith High School in the Dallas suburb of Carrollton, Texas, will enroll at LSU in 2023 and will be eligible to compete beginning with the 2023-24 season.

“Aniyah has proven to be one of the best young sprinter talents in this year’s signing class,” Shaver said. “She is very competitive as demonstrated in winning the sprint races as a junior in the Texas state championships.

Bigam torched the track in the girls’ 100-meters last spring at the UIL State Championships in Austin, Texas, clocking a brisk 11.46 seconds, setting a personal best and winning by almost a full tenth of a second.

Less than two hours later, Bigam won the state title in the 200-meters in 23.26 seconds, missing the state record by just under 0.5 second.

In between winning the 100 and 200-meters championships, Bigam also placed third in the 400-meters with a clocking of 55.26 seconds.