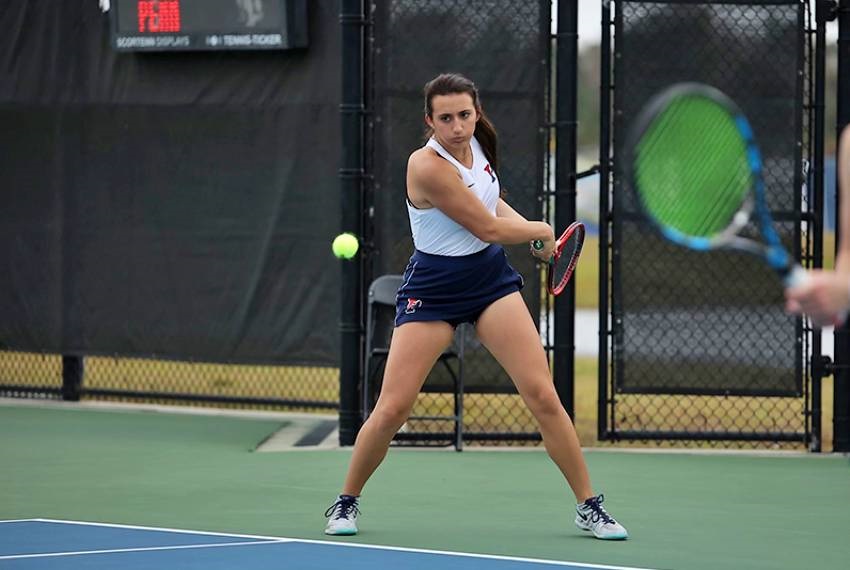 Smith, a five-time LHSAA state singles champion while at Lusher (now known as The Willow School), earned gold medals in singles and doubles at the World Maccabiah Games, which are held every four years in Israel and bring together several thousand Jewish athletes from around the world. Smith, soon to be a sophomore at Penn, where she was recognized as an ITA Scholar-Athlete, won the two championship matches on July 24. She first defeated Adva Dabah 6-3, 6-0 in the women’s open championship. Paired with Jack Katzman in the mixed doubles final, Smith and her partner defeated Eduardo Cohen and Tamara Barad Itzhaki 6-2, 6-4. Beginning with a singles match July 15, Smith won five singles and five mixed doubles matches at the games — frequently completing two matches in a single day. She also played two women’s doubles matches, losing a quarterfinal on a tiebreaker.

The Maccabiah Games, first played in 1932, are traditionally held one year after each Summer Olympics.

Smith earned the honor over four other top local athletes:

• Jack Ainsworth, a rising senior at Jesuit, provided a key left-handed arm in Retif Oil’s runs to the Crescent City Sports Prep Summer League championship and to the finals of the Louisiana American Legion state tournament in July. In three appearances during the month, Ainsworth went 2-0 with a 1.75 ERA. In 12 innings of work, he allowed seven hits, walked one and struck out 11. In the CCSL championship game against the John Curtis-based River Ridge Patriots, Ainsworth kept Retif in the game with 5 2/3 innings of relief as the Oilers rallied from a 4-0 deficit before winning 8-7 in nine innings. In the state Legion tournament, Ainsworth picked up two wins in relief on the same day, defeating the Crowley Millers 6-5 in eight innings with two scoreless innings out of the pen and eliminating Gibbs Construction 6-3 with 3 2/3 innings of two-hit, five-strikeout work.

• Jonathan Jeter, a former Tulane golfer, backed up a first-round 6-under 66 with a second-round 71 on July 10 to take the title in The Mackel played at the Bayou Oaks South course in City Park. The Mackel serves as the New Orleans Metro Golf Championship. Jeter’s 7-under 137 total for 36 holes gave him a two-stroke margin over Todd McPherson (70-69—139). Jeter’s first-round 66 was the only sub-70 score carded Saturday. Steven Bourgeois (73-67—140) and Robbie Rhodes (71-69—140) tied for third another shot back in the open division.

• Tré Morgan, a graduate of Brother Martin who recently completed his sophomore season with the LSU baseball team, represented the United States on the U.S. Collegiate National team which won a bronze medal on July 15 at Honkbalweek Haarlem in the Netherlands. Team USA posted a 5-1 win over Japan at Pim Mulier Stadium to clinch the bronze medal. Morgan started six of the event’s seven games at first base, and he drew three walks, scored two runs and collected one RBI. LSU in its baseball history has produced 18 members of the U.S. Collegiate National Team.

• Jade Neves, who will start seven-grade at Sacred Heart in August, is one of the top young golfers in the country. She placed third with a 233 (79-79-75) at the 57th Louisiana Girls’ Junior Amateur Championship held at East Ridge Country Club in Shreveport from July 6-8. The tournament features girls ages 12-18 and Neves was one of two 12-year olds to compete. She won her fifth USkids tour championship in May and she is the youngest girl playing in her division on The Kelly Gibson Junior Tour as she is competing in the 14-17 year-old division. She tied for fourth in the June 27 Kelly Gibson event at Joe Bartholomew Golf Course. Neves, who began playing competitively at age 9, has a top score of 67.