’Teers in Costa Rica: Recapping a “once in a lifetime” experience 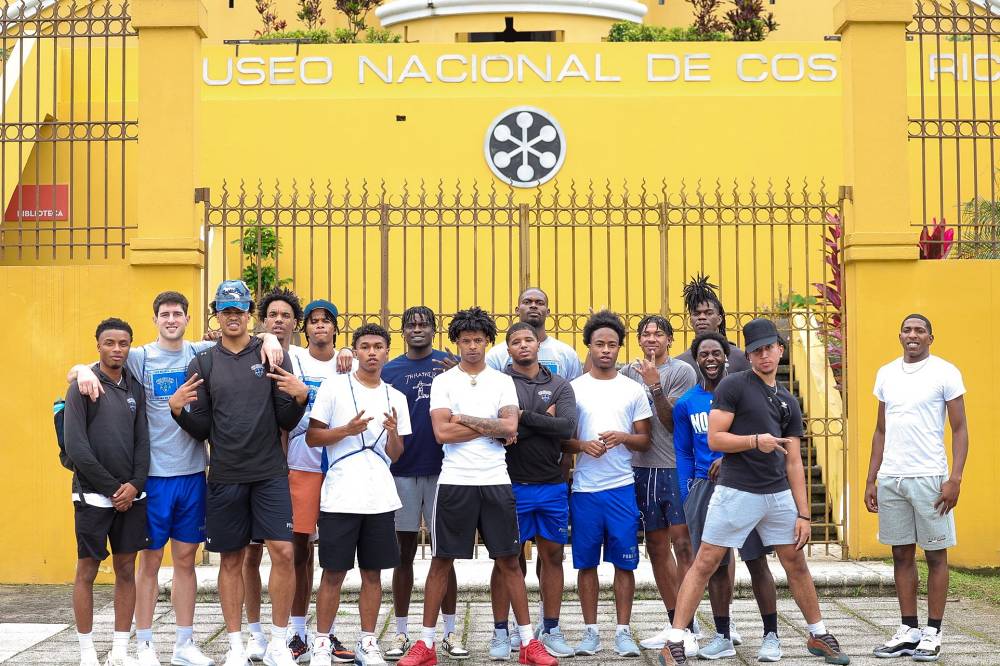 The Privateers went 5-0 against the Costa Rican National Team over three-days with four of the games being back-to-back. However, this trip is one student-athletes will remember long after their basketball days.

“I felt it was an incredible trip for our student-athletes and staff. It was everything and more that we had hoped the trip could be for us,” said Head Coach Mark Slessinger. “We had so many dynamic experiences that will be lifetime memories for us all and gave us a great opportunity to grow closer.”

Here are some of our favorite moments:

With 10 new guys on the 2022-23 team, bonding off the court is just as significant as on the court, and you would think this team has known each other for ages. From junior Juan Cajelli, a Uruguay native, translating Spanish for his teammates and helping them communicate off the court, to teammates encouraging one another to try new fruits, the chemistry is evident. This experience also gave each player quality time to get to know their teammates beyond the surface.

“I learned a-lot individually about my teammates. I learned Dorian went to combine and played with one of the best players in the country, and that Preston’s dad was in the NBA as well,” said sophomore guard Spencer Simes. “It was just a lot of cool things I learned about my teammates: stories and memories that will last a lifetime.”

“I learned that guys on this team want to win,” said senior forward Simeon Kirkland. “We all gel and get along great, which makes our time together even better.”

“There were very positive moments on the court from all sixteen student-athletes that were able to participate,” said Slessinger. “We look forward to seeing a great jump from them this fall as we work towards another successful season and pursuit of our goals.”

“This was my first time really being out of the country, and I loved the Special Olympics clinic because we really got to be in-tact with the kids and show them a lot of love. We were able to embrace them and just show them a good time,” said freshman Omarion Henry. “Seeing them smile and laugh made the experience for me.”

“The service opportunities that our student-athletes experienced gave them great insight to those that we were able to serve. We were able to give and receive from our clinic in San Ramon, as well as, our Special Olympics clinic in San Jose,” said Slessinger. “While we all felt we were going in to serve others and did so, we also received so much love and gratitude in return, it was amazing.”

This park featured five of the most famous waterfalls in Costa Rica. Watching student-athletes who’d never seen a waterfall gaze in awe was one of the moments that made this international trip purposeful. The park also held the largest animal sanctuary in Costa Rica allowing the guys to view jaguars, monkeys, hummingbirds, snakes, and much more. Click here to watch junior Spencer James’ Mic’d Up segment at the park.

“Costa Rica is one of the most bio-diverse areas in the world. It was great for our group to see nature and wildlife in very different environments. The LaPaz Waterfall Gardens were one of the most incredible sights I have ever seen,” said Slessinger.

Playing in Costa Rica offered the Privateers a chance to truly focus on playing together as a team with minimal distractions before the season. Within the first game, it was quickly established that this team has strong ball movement and can maintain a very fast pace. That paired with their cohesiveness as a unit was foundational in their 5-0 dominance.

Freshman Jamond Vincent was a standout as he led the Privateers with a double-double in game one (17 pts, 11 rebounds, 9 assists) and 17 points and eight rebounds in game five.

“Our team showed really encouraging signs throughout our five games. Being able to play a split squad in four of the games allowed some extended playing time for some of our younger players who needed the game reps and experience,” said Slessinger. “It also allowed for our transfer student-athletes to play together with multiple combinations throughout the five games. I was also happy that each of our assistants were able to coach a game on the trip and have that experience as they continue their professional development.” 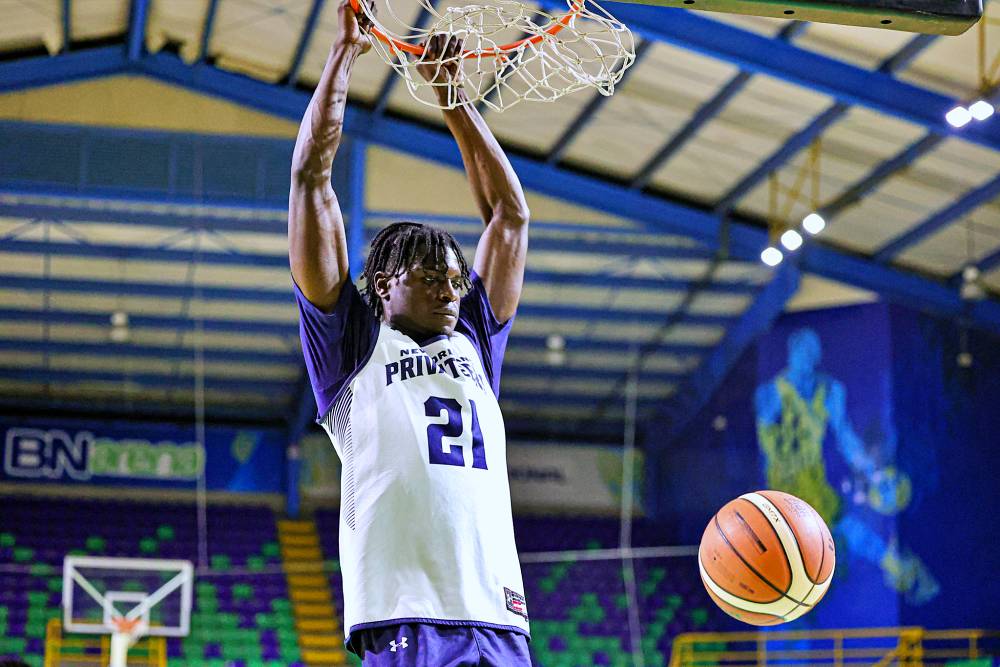 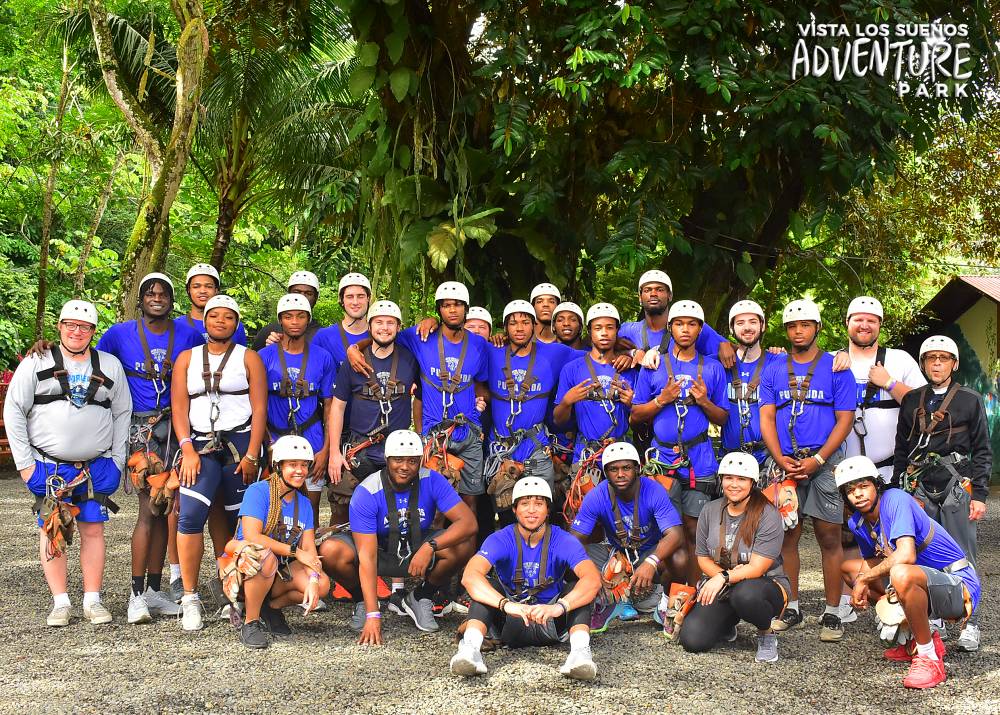 “I am so grateful for our generous supporters and donors for helping make this trip possible. It is incredible to see their commitment to helping our student-athletes experience a rich college experience. Being a part of our program has always been about more than basketball and seeing people help us make this possible is why New Orleans is such a special place to work. We also had several former student-athletes step forward and give to help make this a great trip. That was a coach’s dream come true to see their former student-athletes give back and pay it forward for the next generation.”

The Privateers will release the schedule for the upcoming season soon and will begin their first official day of practice on September 7. For more information, call 504-280-4263.