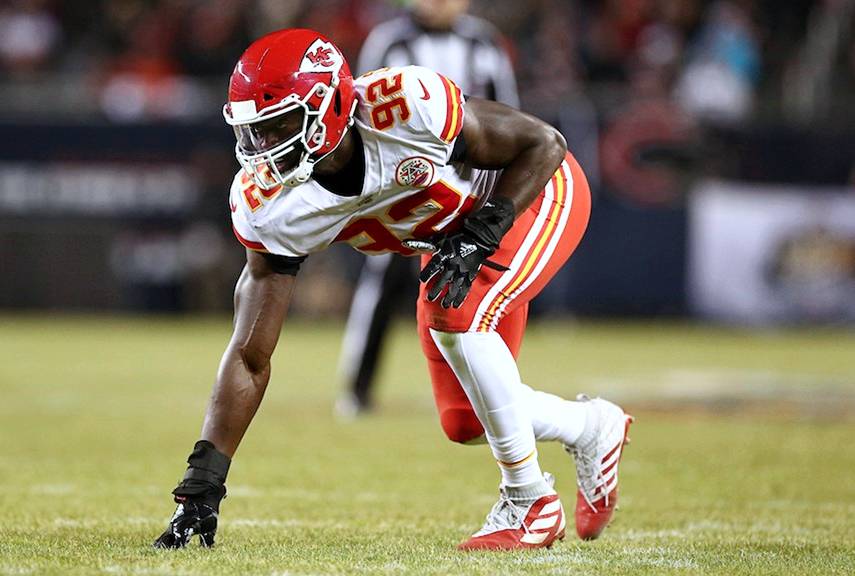 Let’s look at the situation for the New Orleans Saints at defensive end.

Trey Hendrickson left in free agency to join the Cincinnati Bengals for a huge payday after a career year.

Proven star Cameron Jordan may or may not have a lot of gas in his tank as he enters his age 32 season.

Former University of Houston defensive end Payton Turner was the first round pick of the Saints this year.

Are we missing anyone? Yes.

Tanoh Kpassagnon signed with the Saints during free agency and somehow flew under the radar. His addition could play a role in strengthening the defensive line. An intriguing option who may not have seen his best football just yet, he inked a two-year, $4.5 million deal including a $500,000 bonus with $2 million guaranteed.

Kansas City grabbed Kpassagnon in the second round with the 59th overall pick in the 2017 NFL draft as the ninth defensive end off the board. Considering his background, that was an awfully impressive feat unto itself. The New Orleans Saints were one of 10 NFL teams who held private workouts with Kpassagnon prior to that draft.

The product of Wissachick High in Kalamazoo, Michigan only received one offer for college from Villanova. Hall of Fame defensive tackle Howie Long is a Villanova alum but the school known for basketball rarely makes a flip on the football radar.

Kpassagnon was tried initially at tight end by the FCS Wildcats but after two seasons the 6-foot-6 physical marvel moved to defensive end. As a senior, he totaled 11 sacks and 21.5 tackles for loss, totals which opened eyes of the NFL scouts.

Described as a freakish athlete, Kpassagnon as shown an outstanding first step off the snap, good initial burst, tremendous reach and excellent flexibility. He sheds blockers quickly and slides inside to tackle on occasion. He is still somewhat raw, despite spending four seasons in Kansas City.

Kpassagnon has not quite reached his peak but the Chiefs did not exert an abundance of effort to keep him around. Perhaps New Orleans will end up thanking them later.

After an impressive showing during Senior Bowl week in 2017, NFL Network analyst Bucky Brooks recognized something special in Kpassagnon right then and there. “He’s really twitchy for a long, rangy guy. Normally you expect those guys to kind of lumber and labor off the ball, and he doesn’t. He has some quickness. He has some special ability.”

Kpassagnon further boosted his draft stock at the NFL Combine with 23 reps on the bench press test and a 4.83 time in the 40-yard dash.

ESPN draft analyst Todd McShay was among his supporters. “You see the big hands, the strong hands, the ability to control blockers. He’s got a powerful punch. He’s just raw. He needs good coaching and needs to be developed. I think he can be an impact starter one day in the League. I think early on he’s going to be used as a situational player.”

All of that proved accurate. Kpassagnon ended up making 24 starts for the Chiefs with 15 coming in his final season with the team.

The new offseason arrival in the Crescent City has played in 61 NFL contests during his tenure with the Chiefs, notching 75 tackles, 7.0 sacks and 12 TFL. It took the aforementioned Hendrickson until his fourth season to really breakout. Who’s to say year five won’t be the charm for Kpassagnon?

Set to turn 27 years old in June, Kpassagnon has said he has tried to emulate former NFL star Julius Peppers, another 6-foot-7, defensive end who ended his career fourth all-time in the league with 159.5 sacks.

“I’ve kind of been compared to (Peppers) just athletic wise,” Kpassagnon stated following the ’17 draft. “I feel like we have the same kind of playing style and same build, so I’ve been watching him more.”

It may require some patience, but it will primarily be the responsibility of Saints defensive line coach Ryan Nielsen to bring the best out of Kpassagnon. The Saints covet long, powerful defensive ends who can win with their length and quickness. Their new veteran addition fits that mold.

Tanoh Kpassagnon is one to watch. In fact, he’ll be hard to miss.