Dr. Artis Davenport II, one of the most successful track and field coaches in Louisiana history and one of the founders of the intercollegiate athletic program at Southern University in New Orleans (SUNO), passed away Saturday, September 7, 2019.  He was 92.

Davenport arrived at SUNO in 1961 as an assistant professor of physical education when the school had intramural sports only.  A decade later he led the New Orleans branch of the Southern University System into the world of intercollegiate athletics.

The Black Knights (as they were called at the time) became a dominant force immediately as the SUNO men ran away with three consecutive NCAA Division III Outdoor National Championships in 1975, 1976 and 1977. 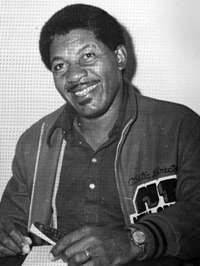 SUNO won the 1975 title by a whopping 32 points, a record winning-margin that stood for 29 years.

The SUNO men placed third nationally in 1980 and 1982 while the women were national runners-up in 1985, falling one-point short of a national title.

Dr. Davenport’s teams experienced success after moving to the National Association of Intercollegiate Athletics (NAIA) directing the women’s team to four national championships with  indoor and outdoor crowns in  1995 and 1997.  In 1998 the men’s team was national runner-up.

In 2018, Dr. Artis Davenport was inducted into the United States Track and Field and Cross Country Coaches Association (USTFCCCA) Hall of Fame.

“Amazingly, he did it with next to nothing—virtually no assets.  What he had were good kids who performed well and won national titles.  He got that out of them because winning national championships is not easy.  I’m so glad this great contributor to the community was here to experience induction into our hall of fame”

During Dr. Artis Davenport’s time at SUNO, over 100 student-athletes were named NCAA and NAIA All-Americans.

There will be a private burial, Friday, September 13 in Monroe, Louisiana.  A memorial service is set for Saturday, September 14 at the Conference Center on the campus of Southern University in New Orleans at 3 p.m.